A Wintery day out with steady amounts of snow falling and the freezing level not rising above 900 metres. Visibility was generally poor, occasional views below 700 metres. Winds remained strong all day with plenty of snow blowing around at times. 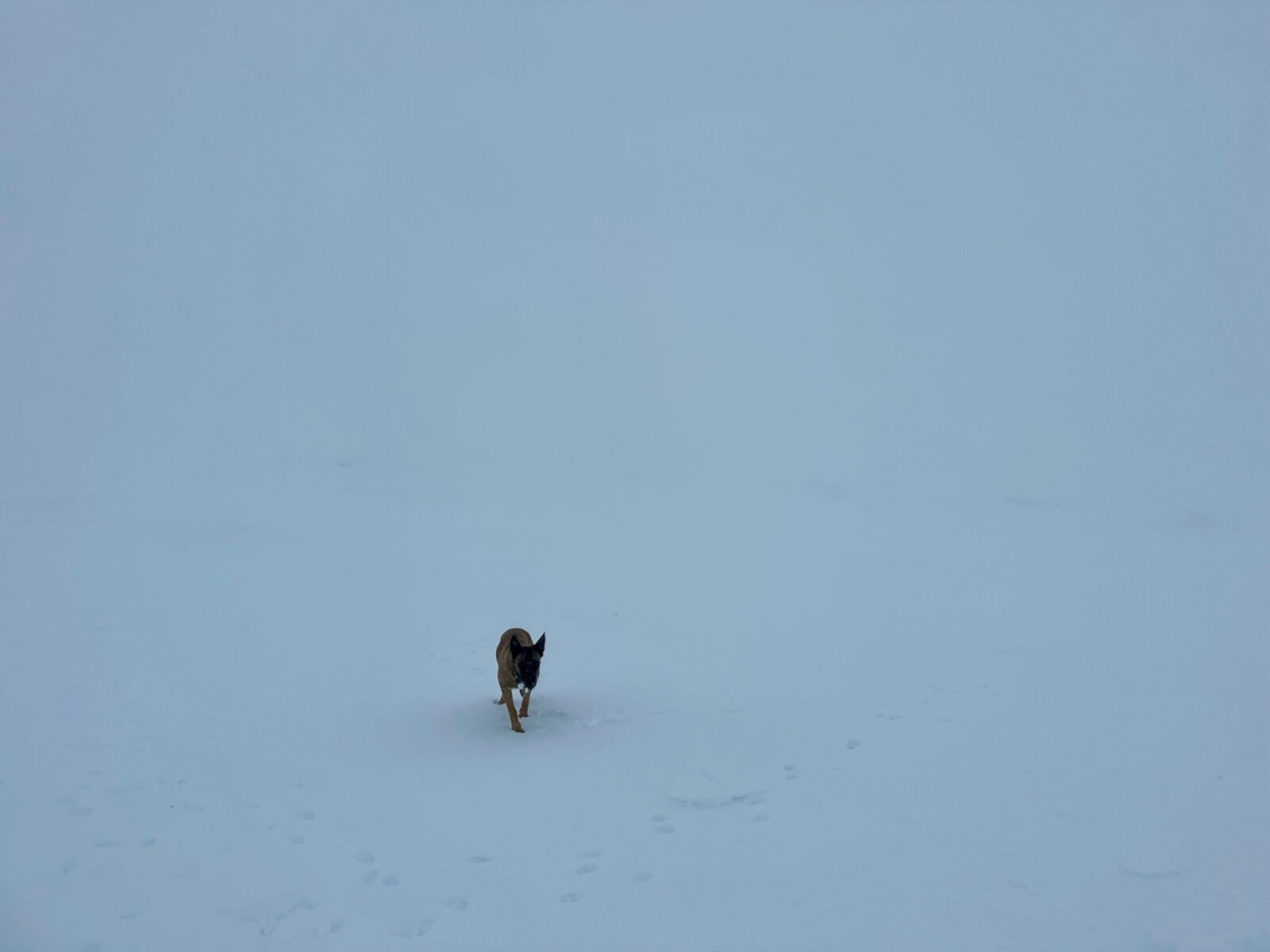 It was poor visibility on the hill today. 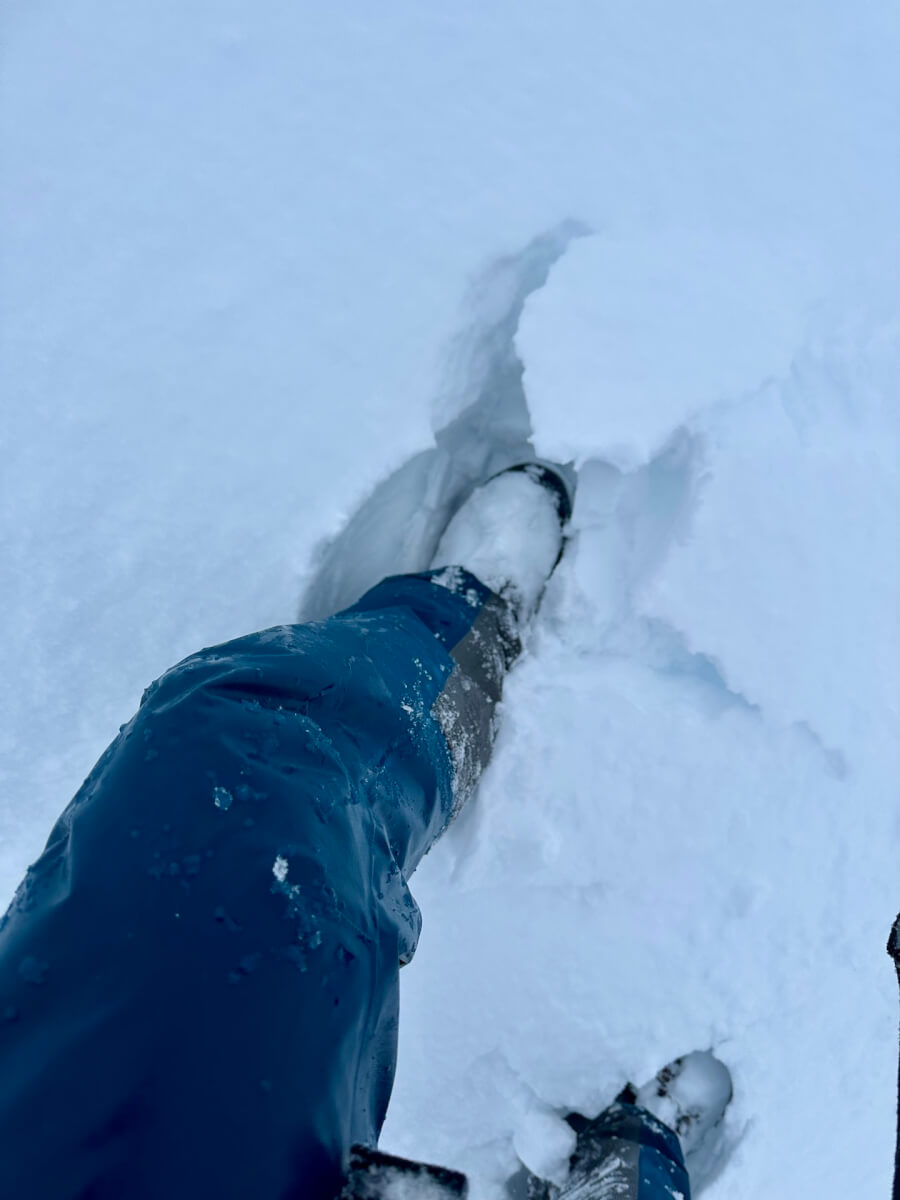 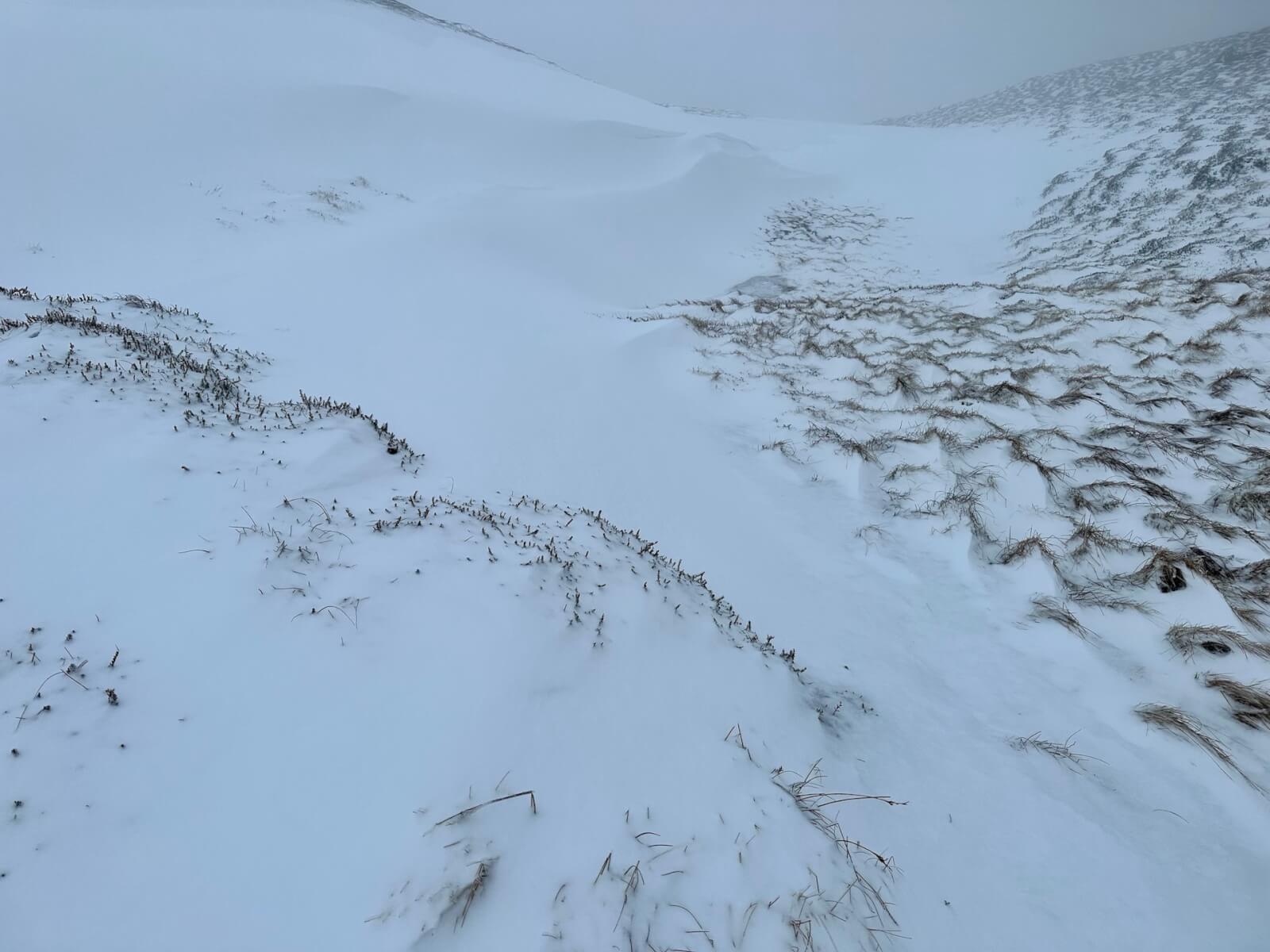