Normal service resumed – back to getting battered by the winds. Recordings on The Cairnwell (933m) this morning had average wind speeds up to 66 mph with gusts of 85 mph. Luckily they eased slightly by early afternoon – but not soon enough to stop a particularly vicious gust from ripping my sunglasses off my face and sending them off into oblivion – These were pinned in place by a Buff, a hat, a tight fitting hood and my shell jacket hood!

No blue skies today – very monochrome photography. Â All shots were taken whilst cowering behind a boulder, kneeling on my rucksack to stop it blowing away. No apologies for the slightly fuzzy edges – a combination of drifting around the corrie rim and camera shake in the wind!

Slightly awkward forecast for tomorrow as there is precipitation coming in tomorrow afternoon with both the freezing level and wet bulb freezing level (level to which snow will fall) sitting at 1150 metres – Top of the cliffs at Lochnagar 1130m, top of the Beinn a Bhuird cliffs 1140m to 1190m. At the moment that means that the precipitation will be sleet and wet snow – Any slight deviation from the forecast could mean more and drier snow – which will drift as opposed to stick.

Have a read of the Northern Cairngorms report if heading into the higher hills of the main Cairngorm plateau Â – worth checking out the forecasted wind speeds though…..another battering expected tomorrow. 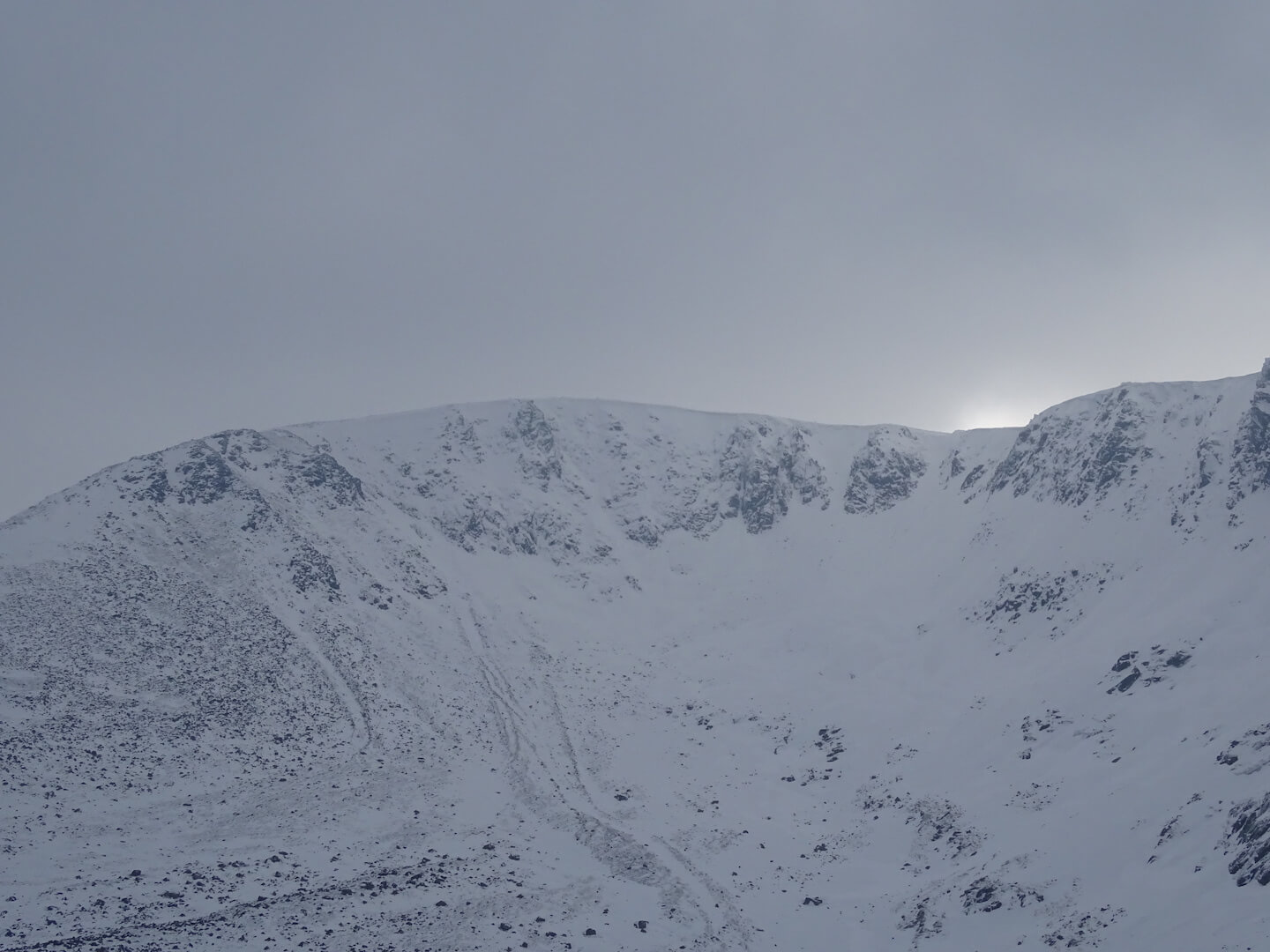 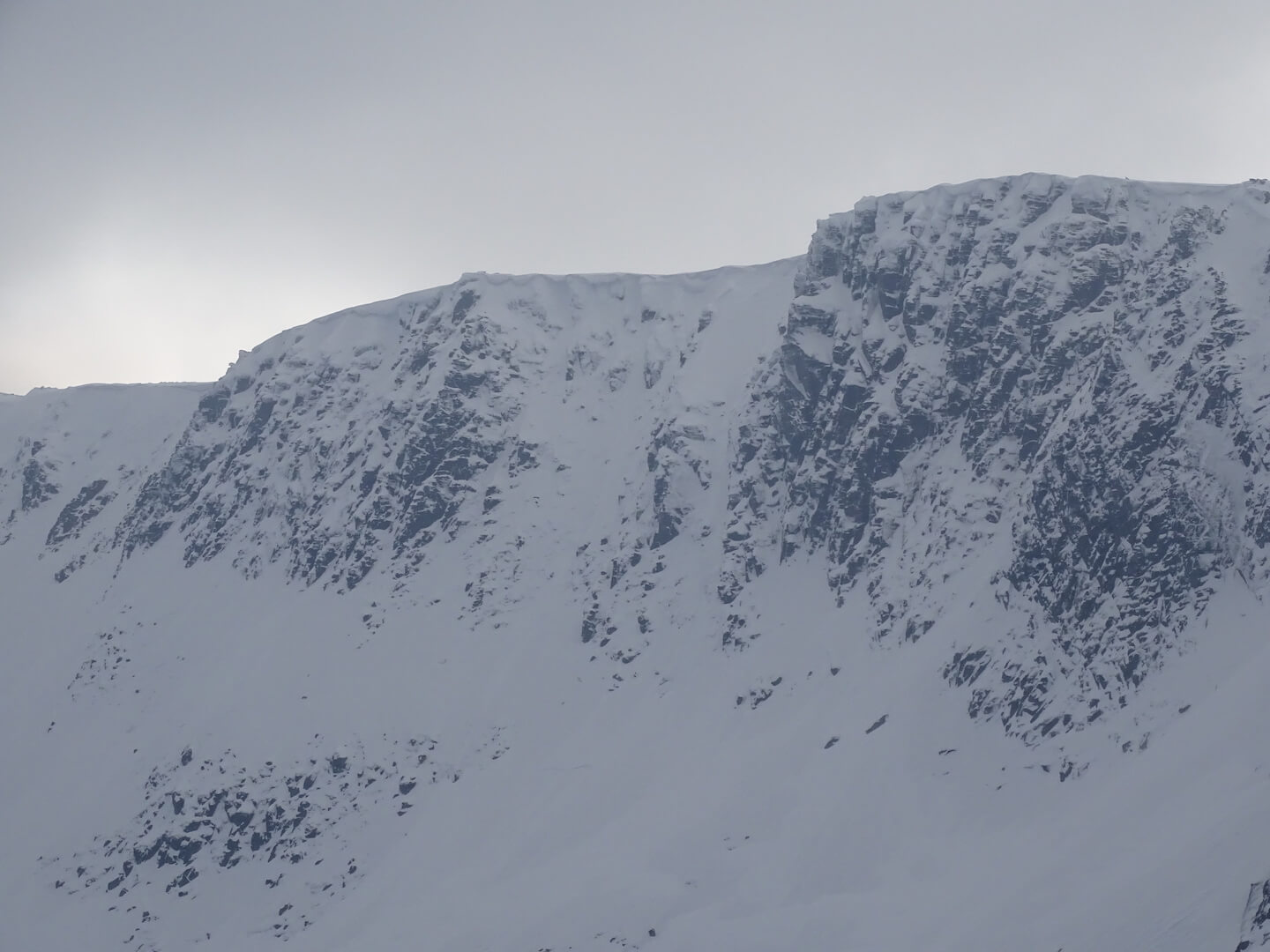 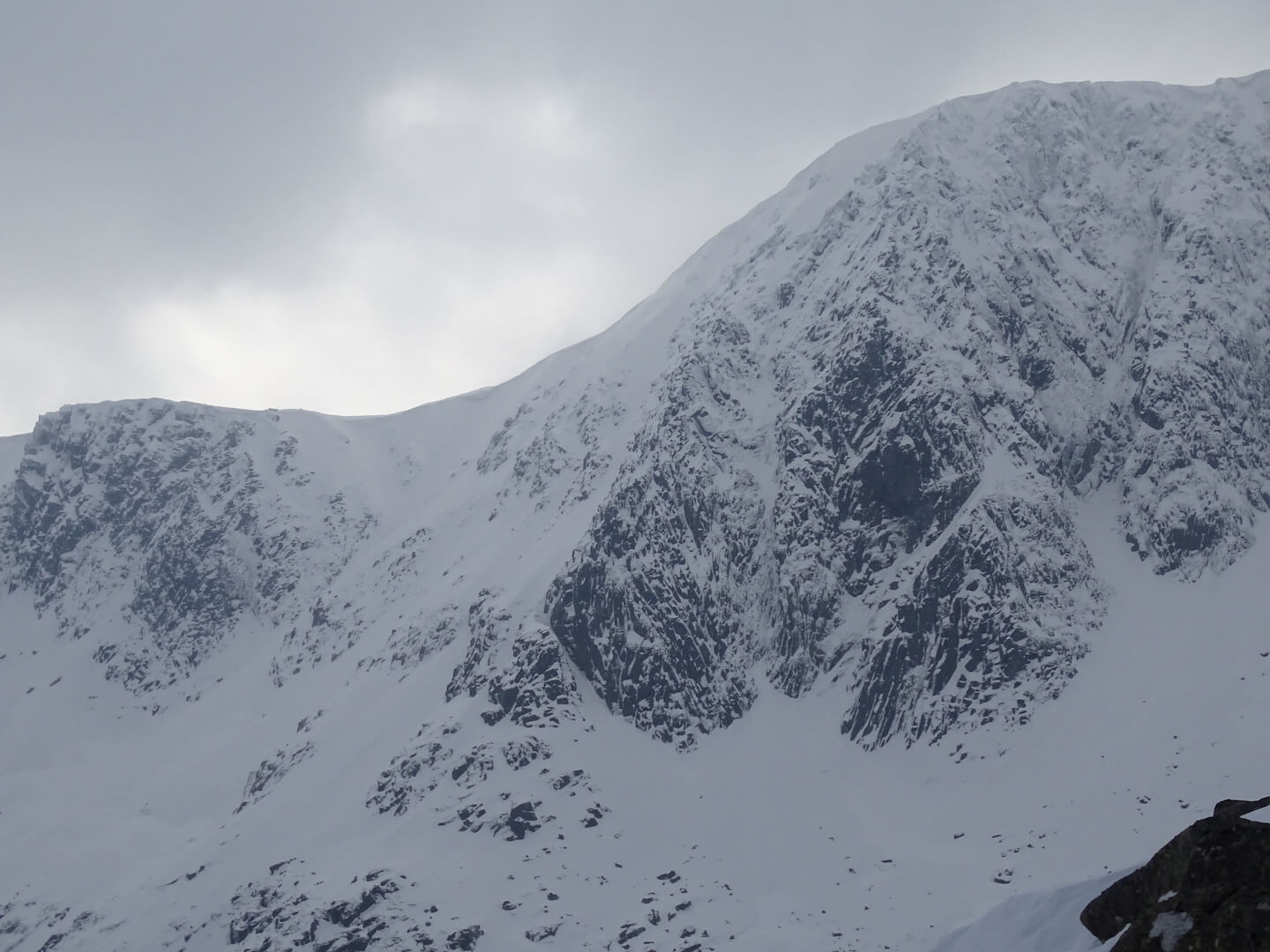 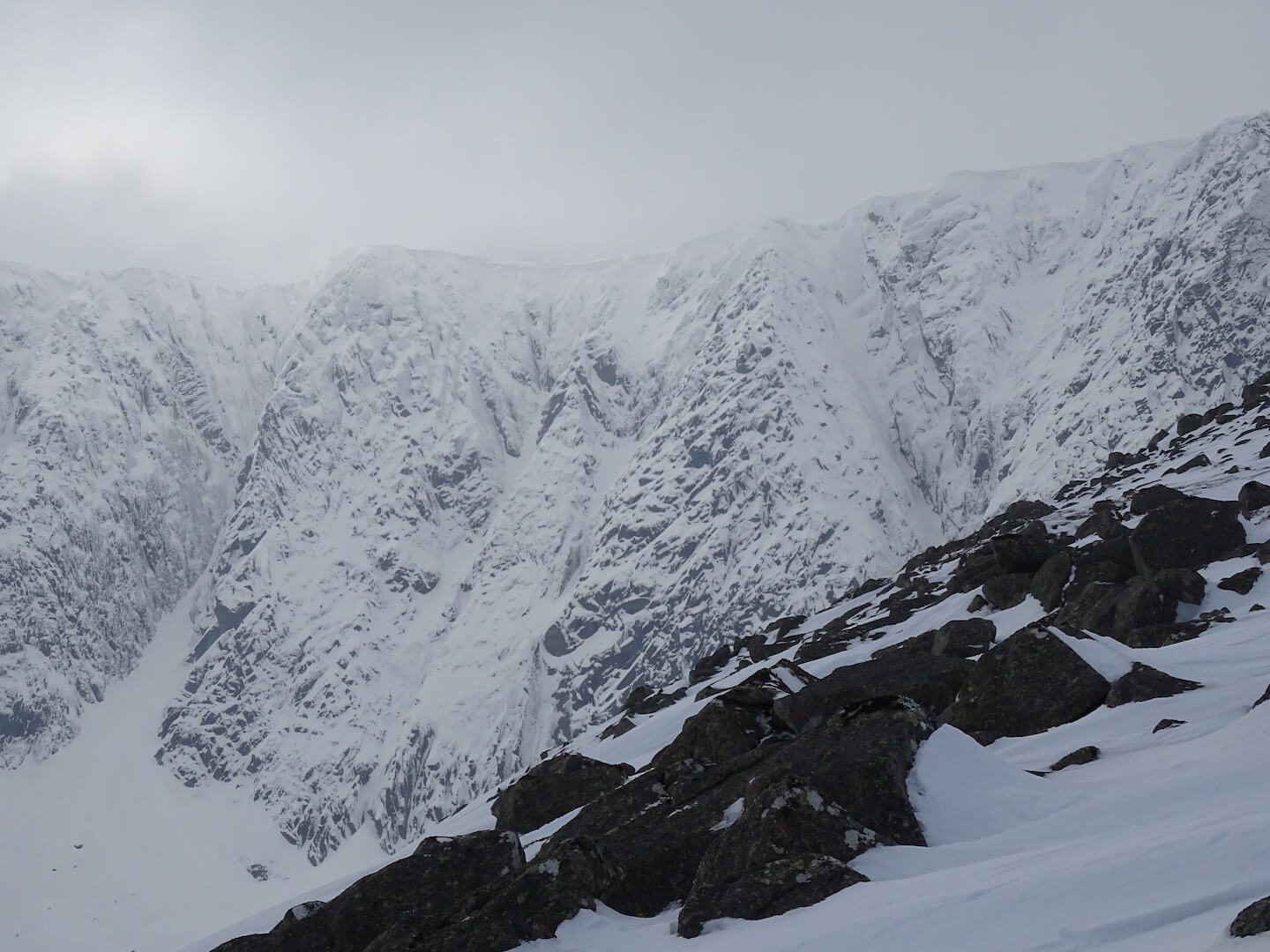 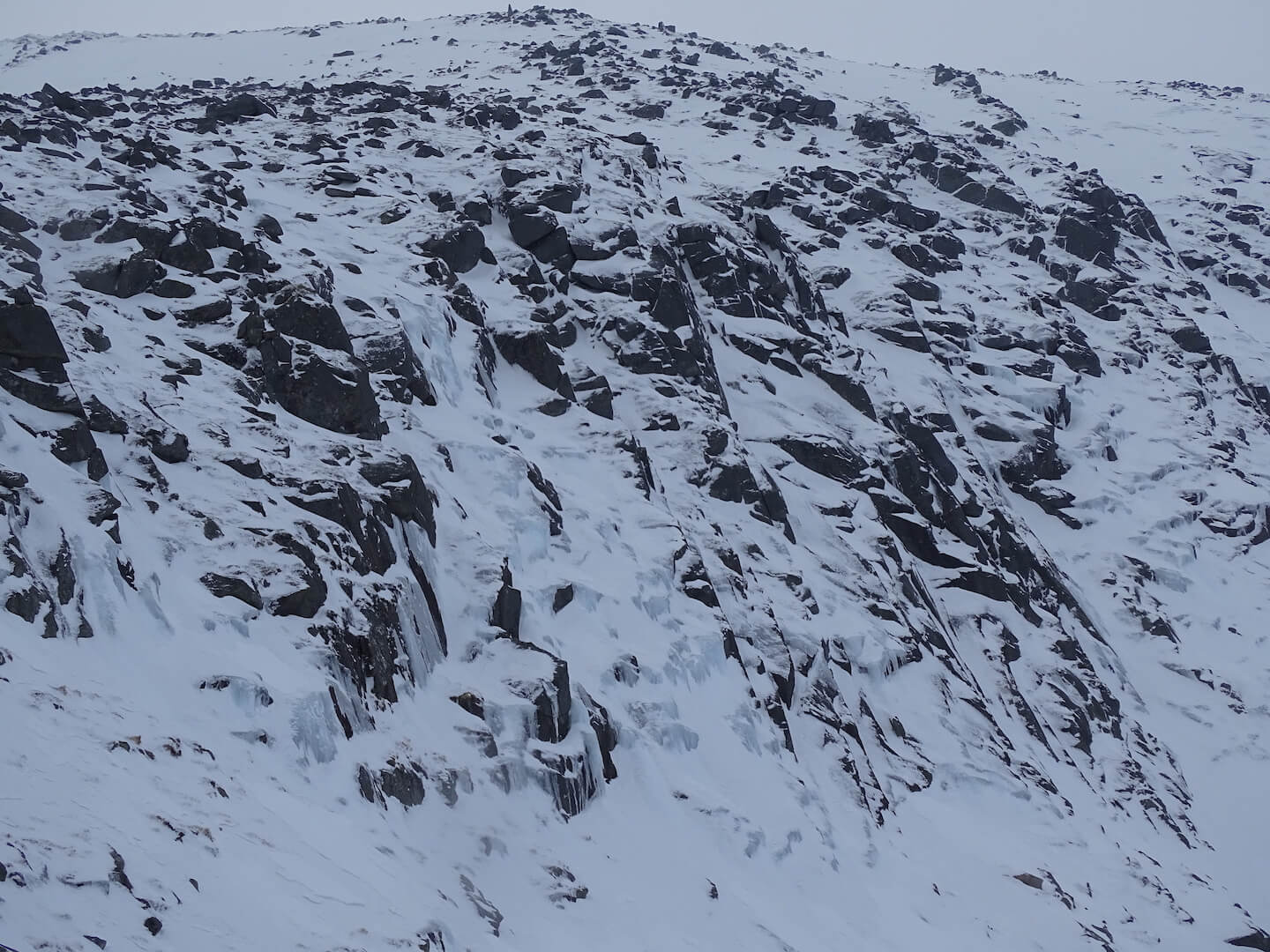