Another spring-like day with light winds and prolonged sunshine. Summit temperatures around +8Â° Celsius at midday. The snowpack is soft and thawing but some sizeable accumulations still remain on the highest plateaus and North to East facing coires. The soft snow made for some lovely creamy spring snow for the descent.

Although bright and sunny and high level cloud the views of the surrounding mountains was reduced by hazy conditions. These hazy conditions are most likely due to air pollution being drawn North from Europe by the Southerly airflow caused by the position of the dominant high pressure system. The forecast chart below is from DEFRA’s website and clearly shows the East coast of the UK receiving the most air pollution. 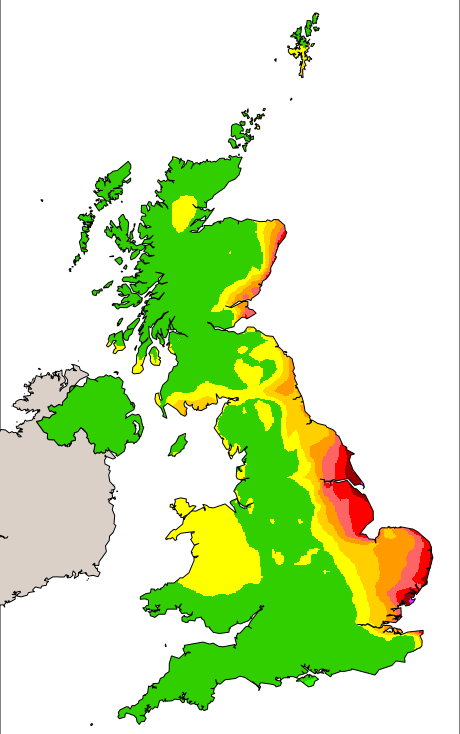 The tors on Ben Avon form Beinn a’Bhuird. Ben Avon has more ground above 900 metres than any other hill in Scotland. 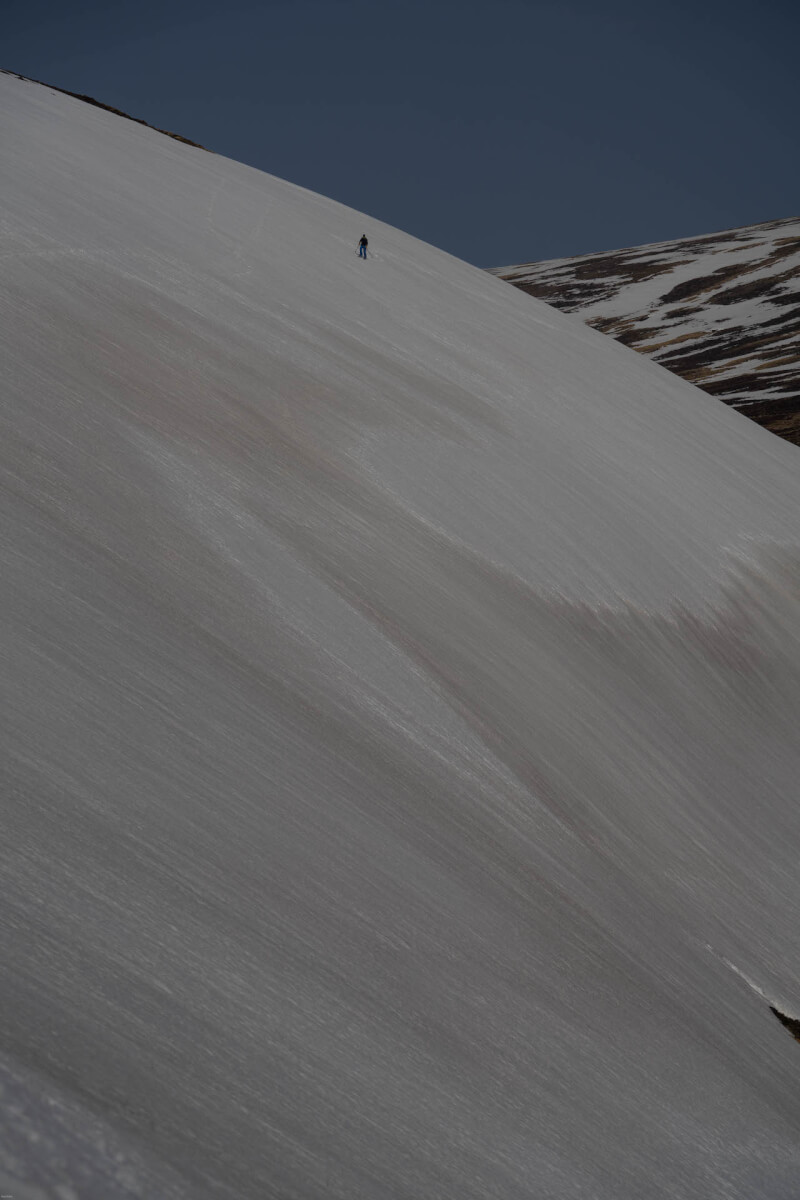 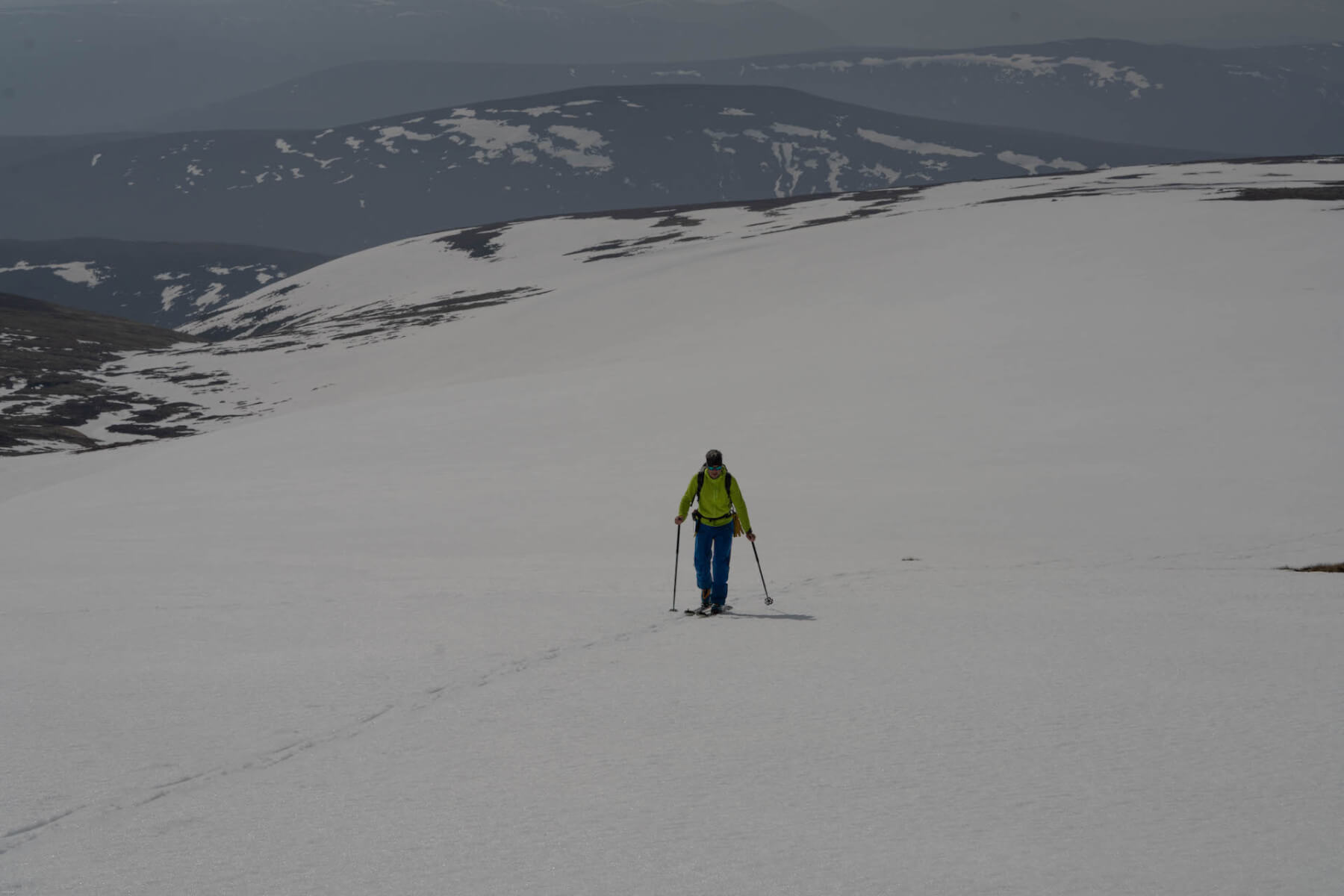 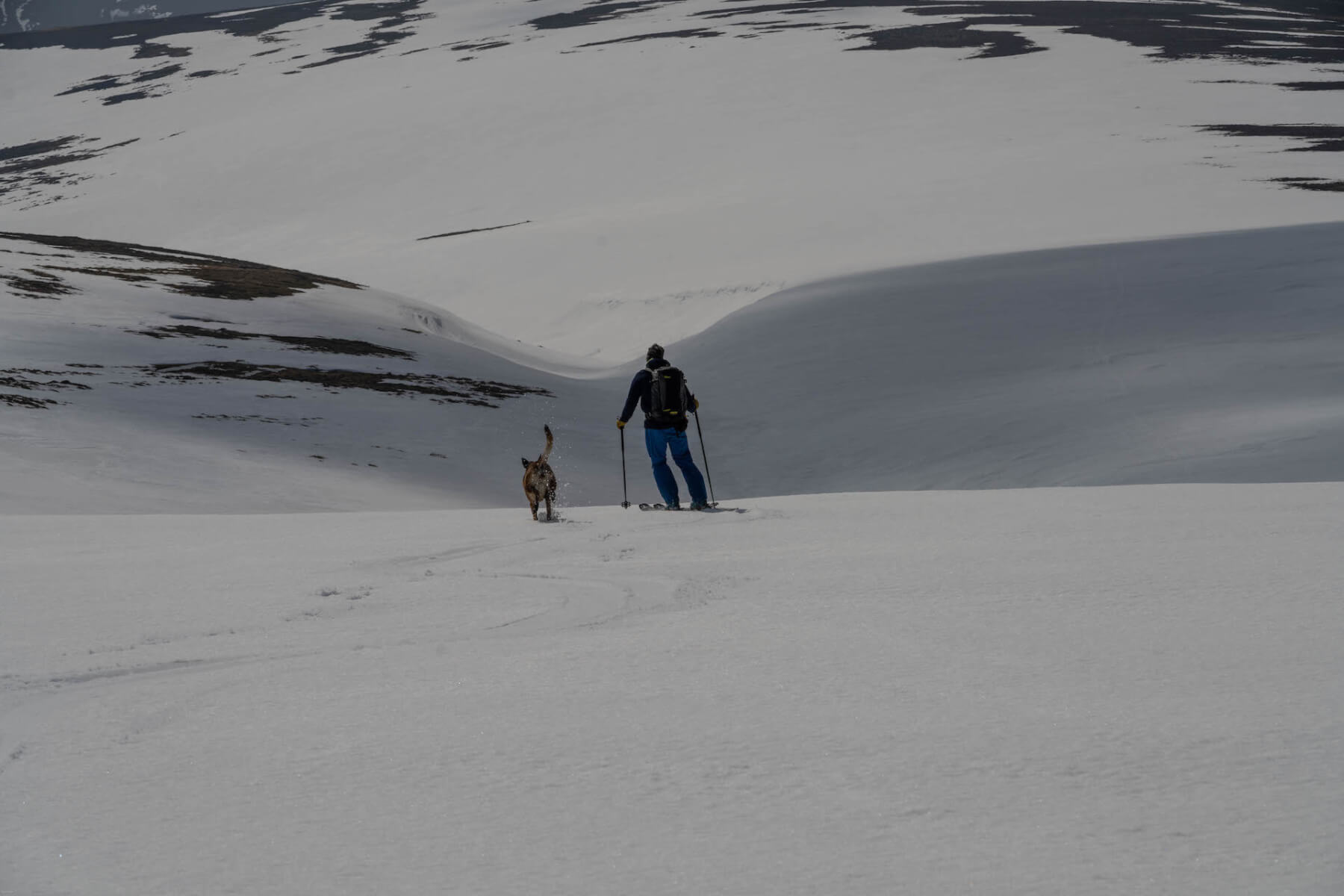 Creamy spring snow, a joy for skiers and dogs alike!