Not a great deal to see at Lochnagar today. Much milder than of late with most of the snow soft and wet, it took a lot of postholing Â and swearing to get there! Quite a lot of snow is gone at lower levels already. Tomorrows forecast isn’t great, could be a fair amount of rain and yet again storm force winds! 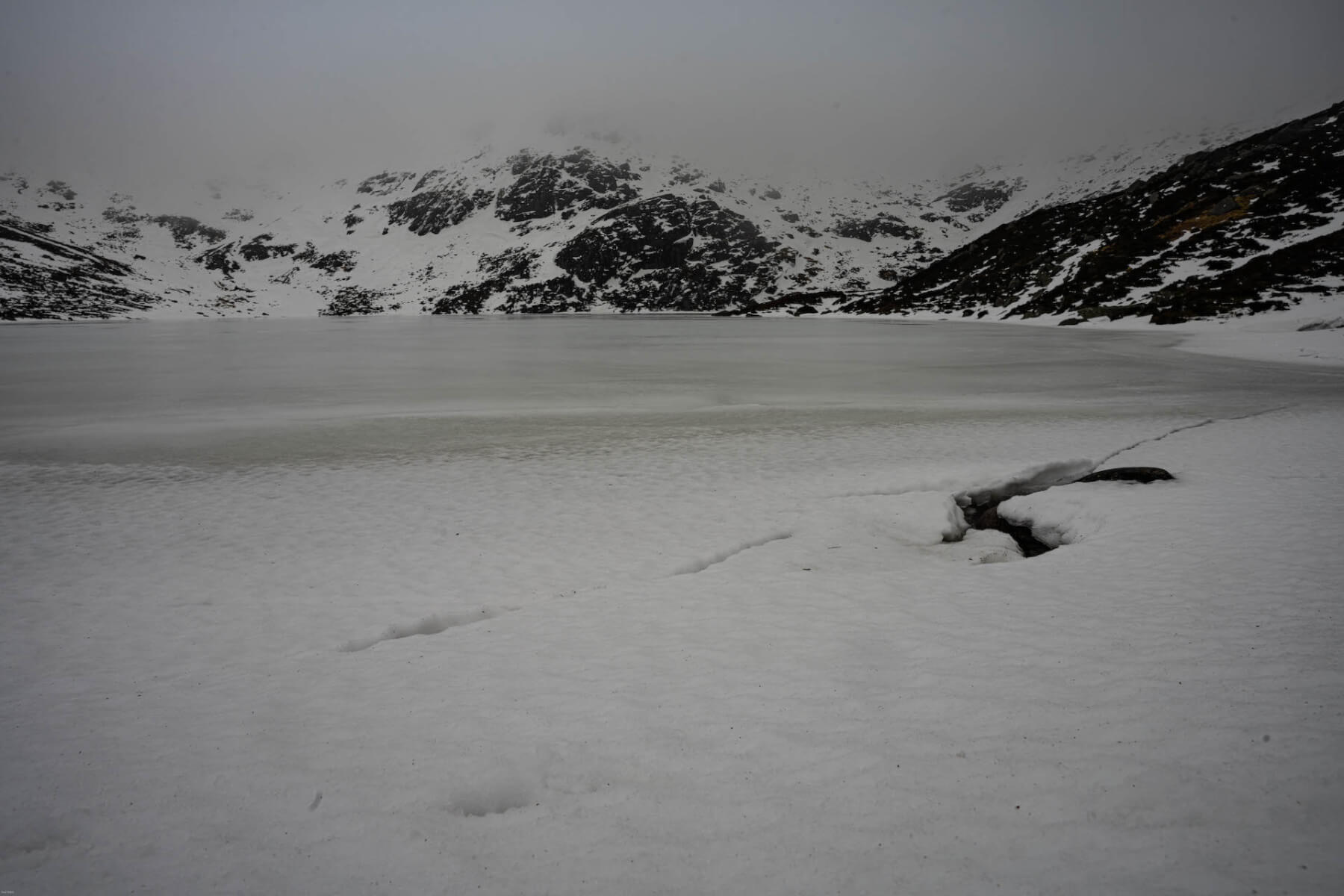 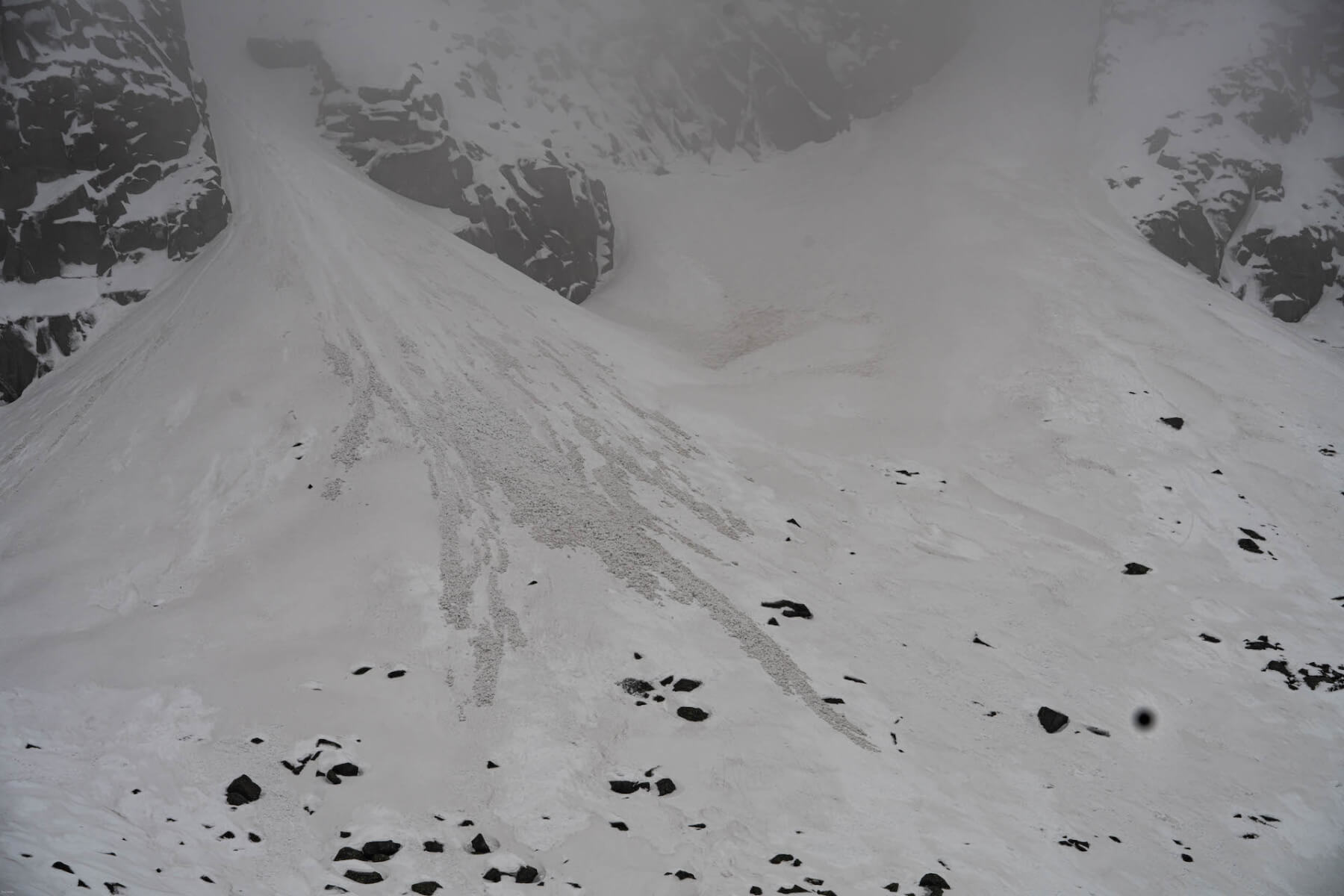 No big debris around the crags today but plenty of smaller stuff such as the above debris from Raeburns Gully. Although the cornices aren’t big, there’s still plenty to come down yet. 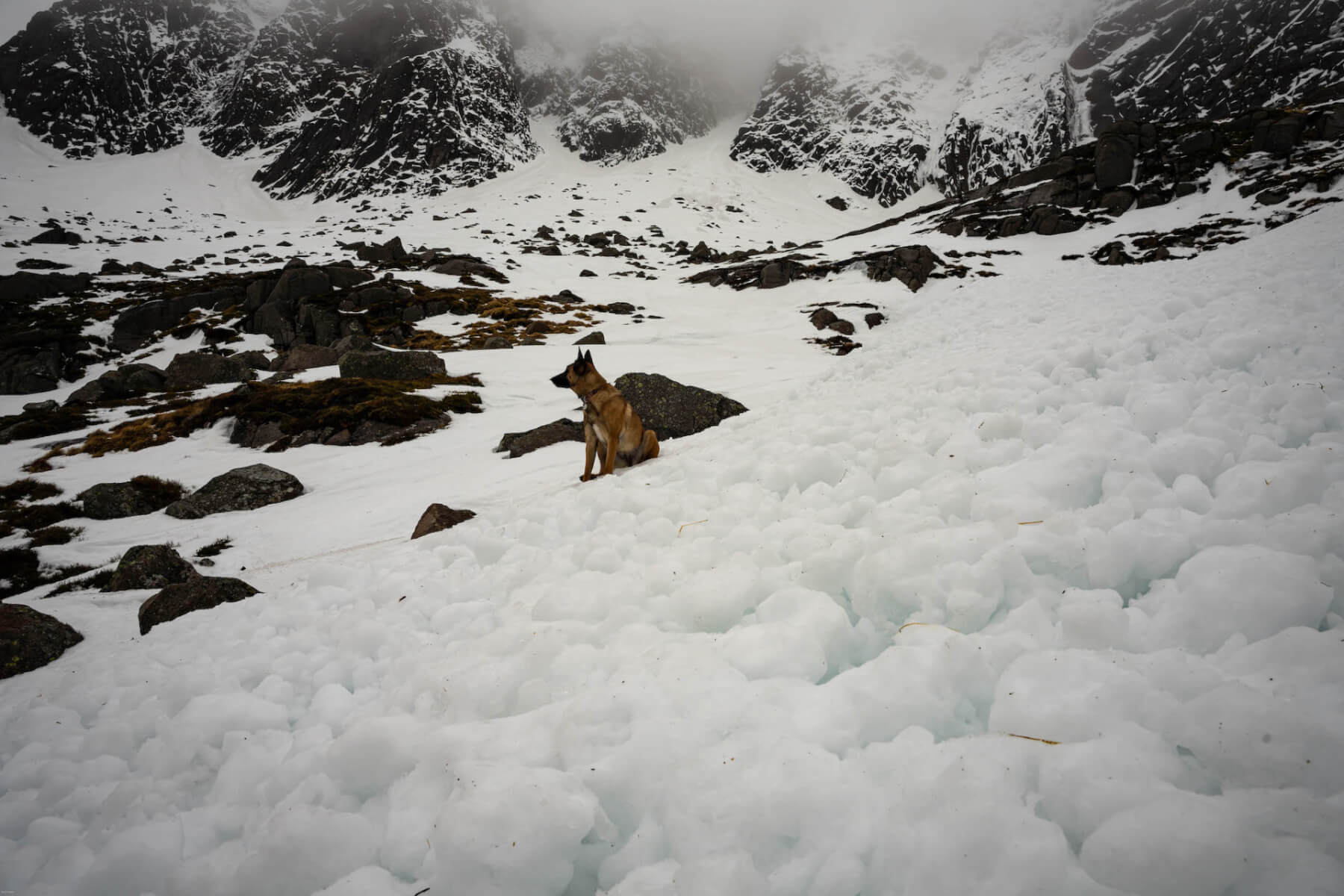 This debris was reasonably fresh and had come down from the Black Spout area.