Well Scottish Winter is never boring – Â Trying to keep up with the changing snowpack is definitely a full-time job! We’ve gone from blue sky, sunshine and light powder yesterday to the freezing level rising up and over the summits with multiple sets of avalanche debris spotted, to the colder conditions returning all within a 24 hour period. Phew…!

Once again the wind was a dominant feature with an average wind speed of 63 mph recorded at 930 metres this morning – Gusting 100 mph. We watched several children getting blown across the A93 this morning up at the ski area and having visited the top carpark and sat in a heavy 4×4 pick-up getting rocked on its springs, we decided that it would be sensible to go and investigate some of the sets of debris that we had spotted on the drive up.

The snow was thawing rapidly at lower elevations but higher up only the top centimetres were wet and drier, layered snow persisted beneath. All change this afternoon as the freezing level started dropping and snow showers arrived. By tomorrow the wet surface layers are going to be firm and icy at higher elevations with some new windslab build up. Take it steady out there…. 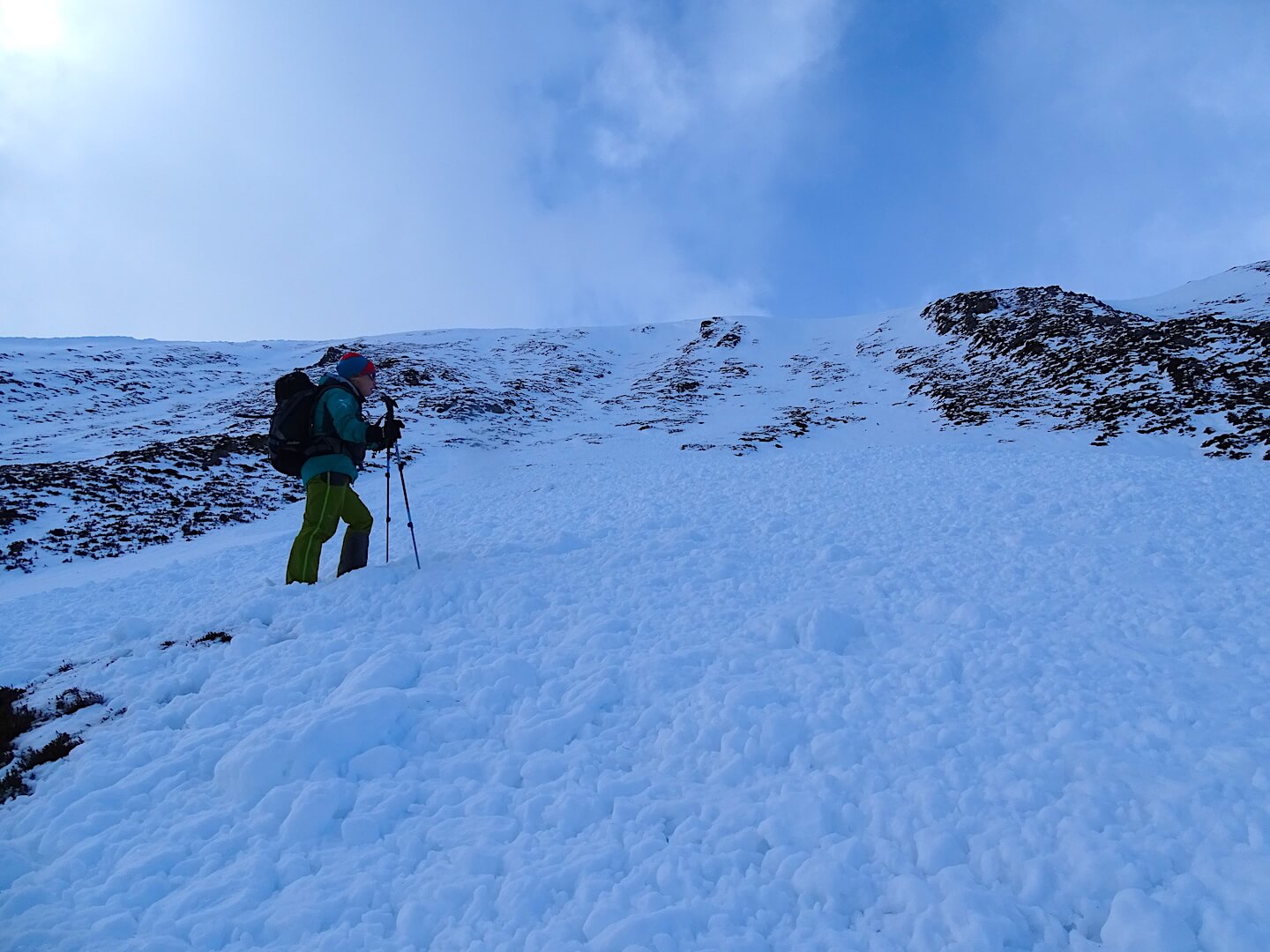 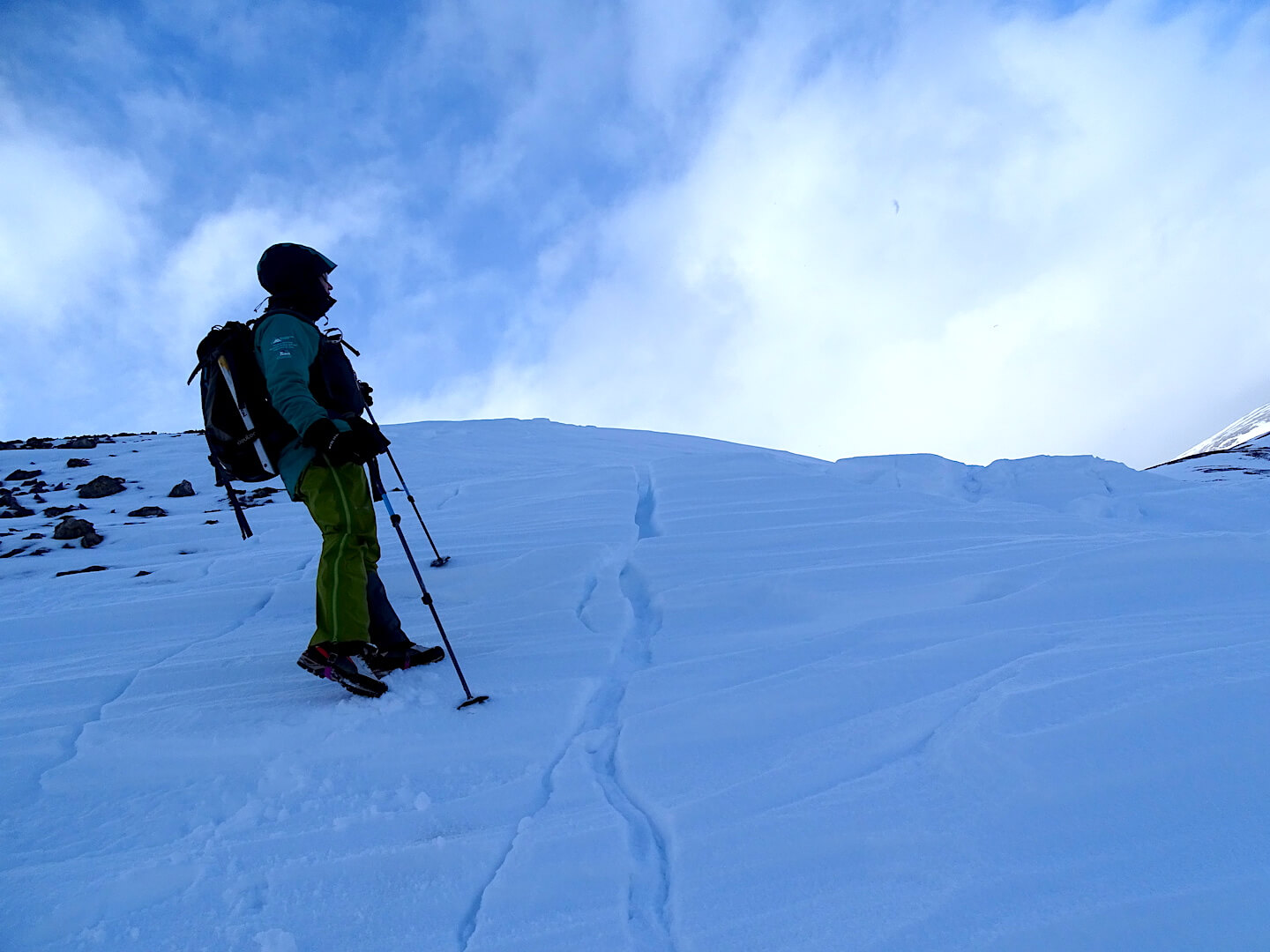 Fracture lines encountered at the top of a steep corrie rim. 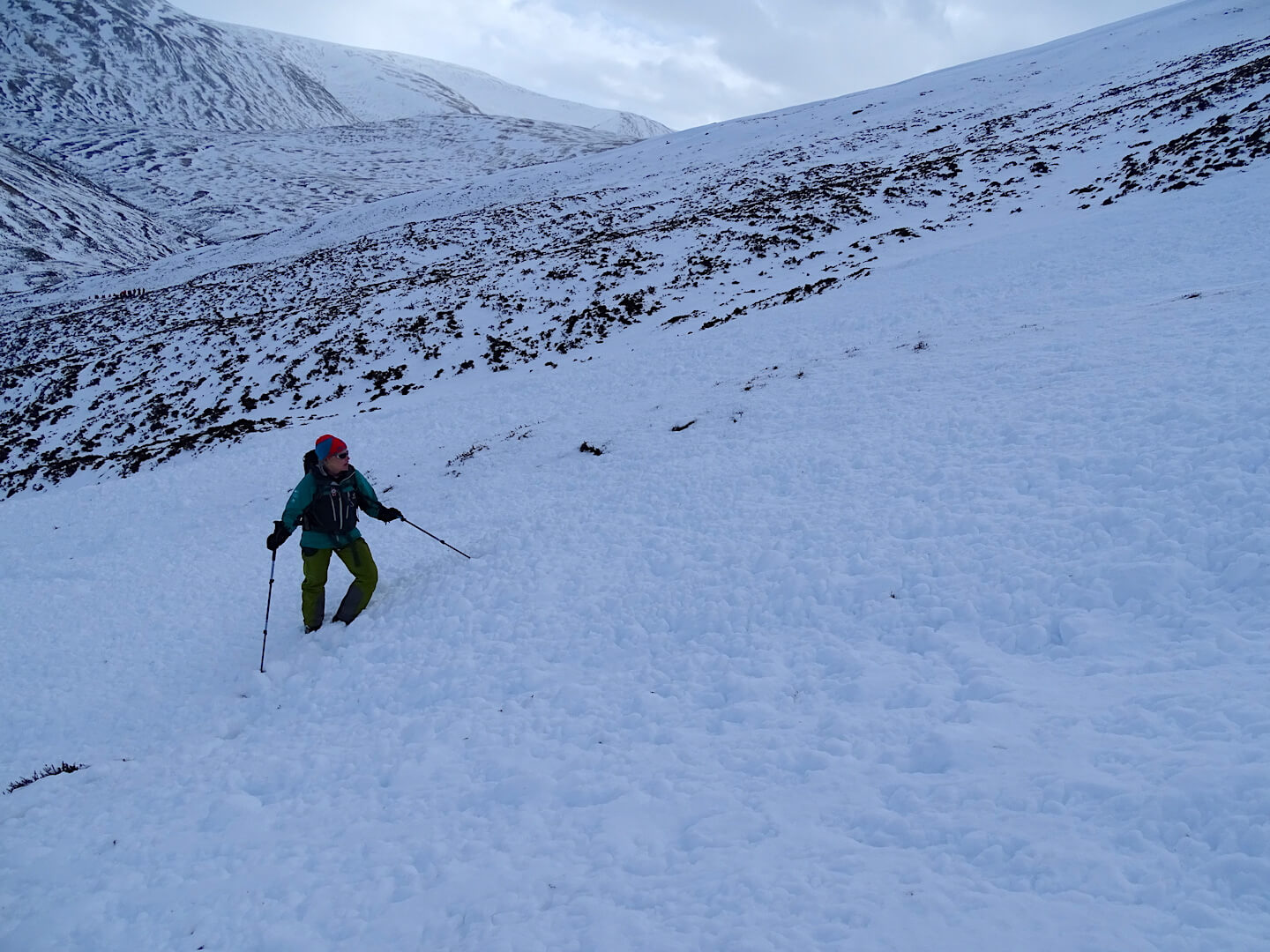 Shallow snow and West aspects breaking through rapidly this morning. 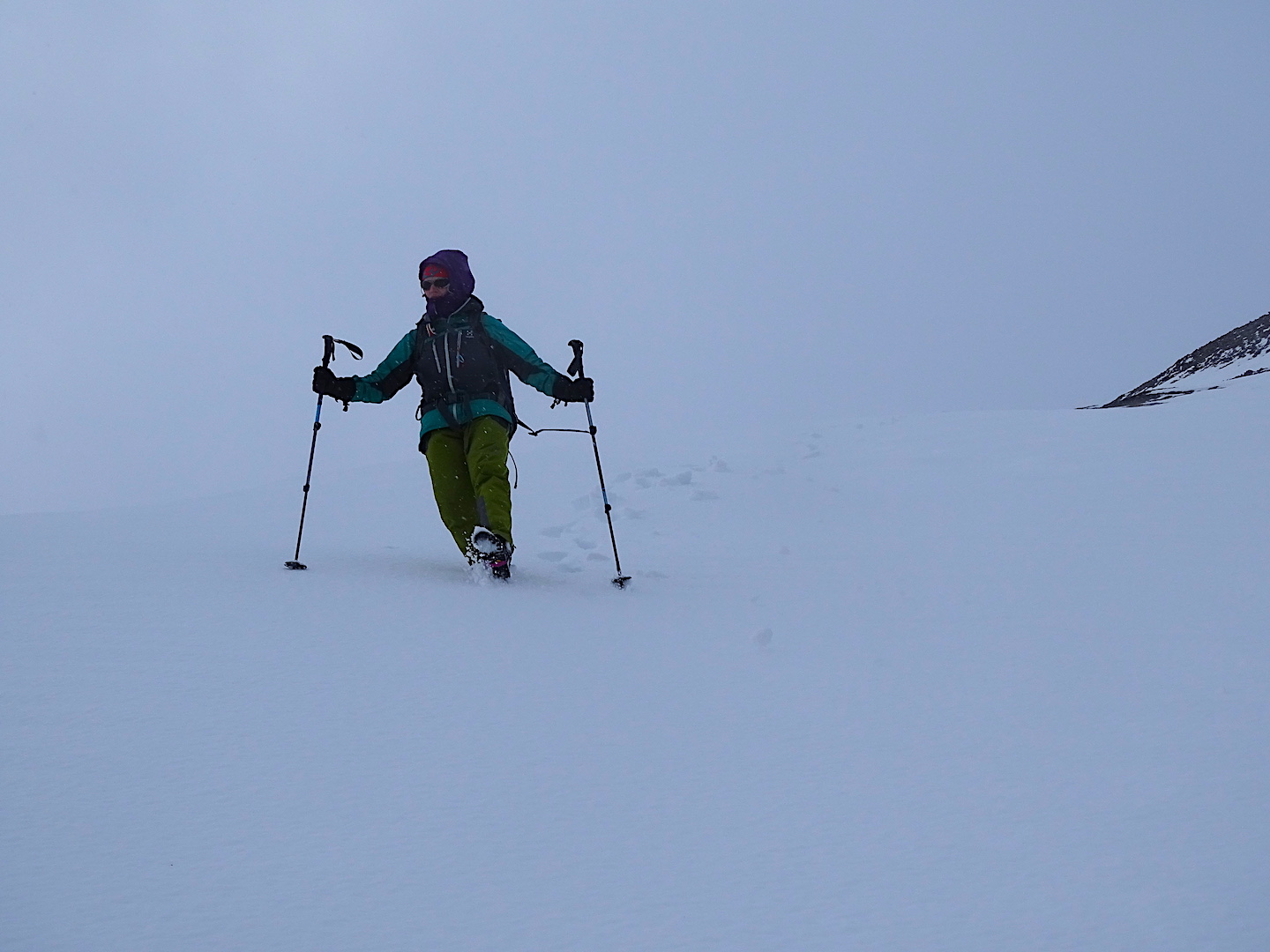 This soft wet snow will be freezing up overnight, hopefully firm and icy by morning. 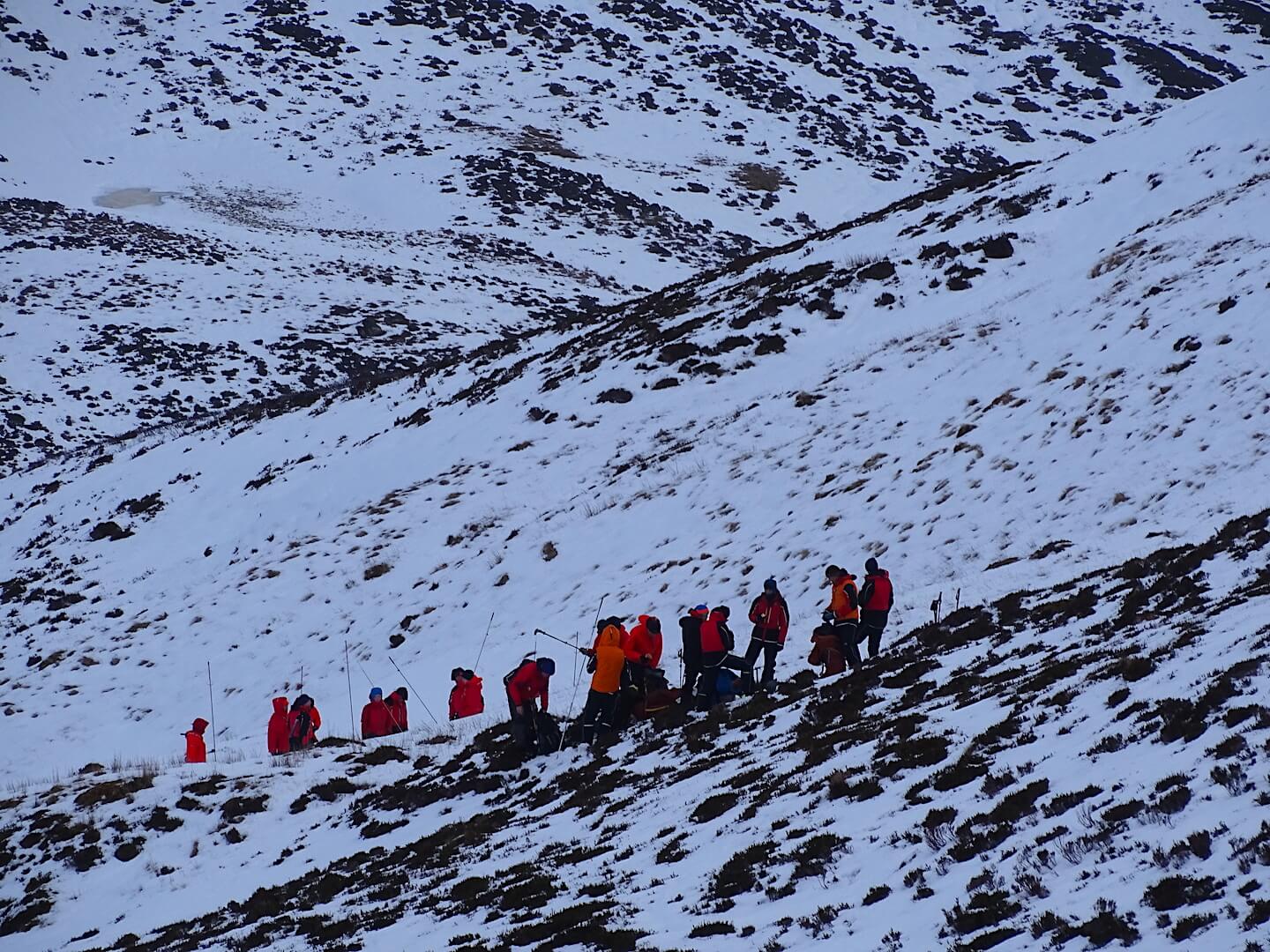 Braemar MRT were out training today, making the most of the available snow.