Walking the dogs late last night I was pretty impressed with the hefty snow shower that pushed through but getting up in the morning I was a bit disappointed to see that it was pretty much the only one that had reached us overnight. A quick look at the MET office rainfall radar showed that although some fairly decent showers started to make their way across from the West, they pretty much dried up around the A9 or at best made it over to the Western and Northern Cairngorms. Things started to improve (deteriorate?) around mid-morning and by early afternoon a prolonged period of snowfall occurred for nearly four hours.

The winds were seriously strong throughout, reaching an average speed of 71 mph , gusting 99 mph on The Cairnwell (933m) during the afternoon. Appalling visibility during the snowfall with blizzard conditions and constant drifting. The outcome of the wind speed is that the snow can only settle in the most wind sheltered locations, so most areas are wind scoured with only small amounts of snow remaining. However in steep, sharply defined features, fresh accumulations are deep and unstable. Care should be given to route choice for the next 24 hour period, allowing some consolidation to take place. 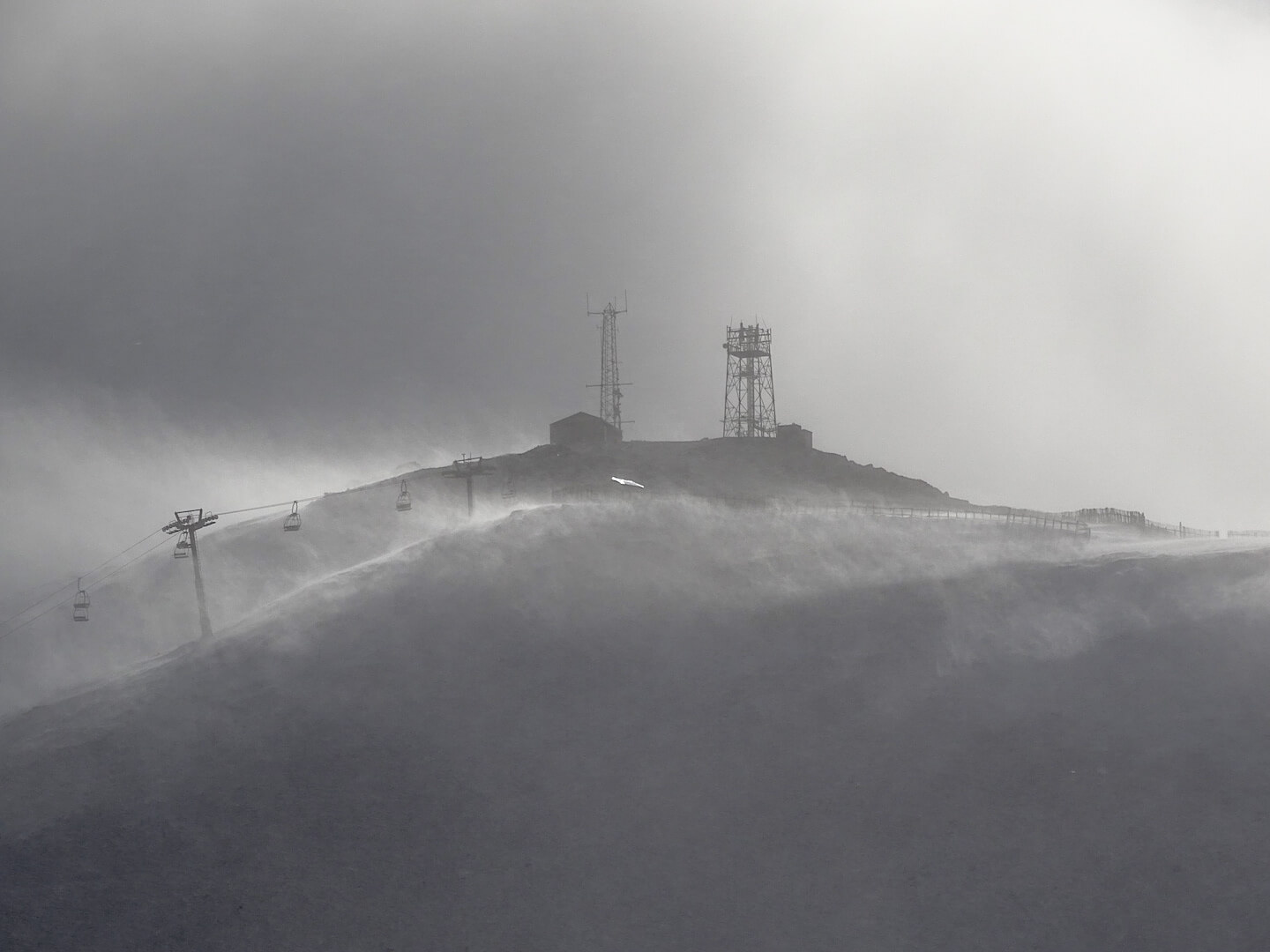 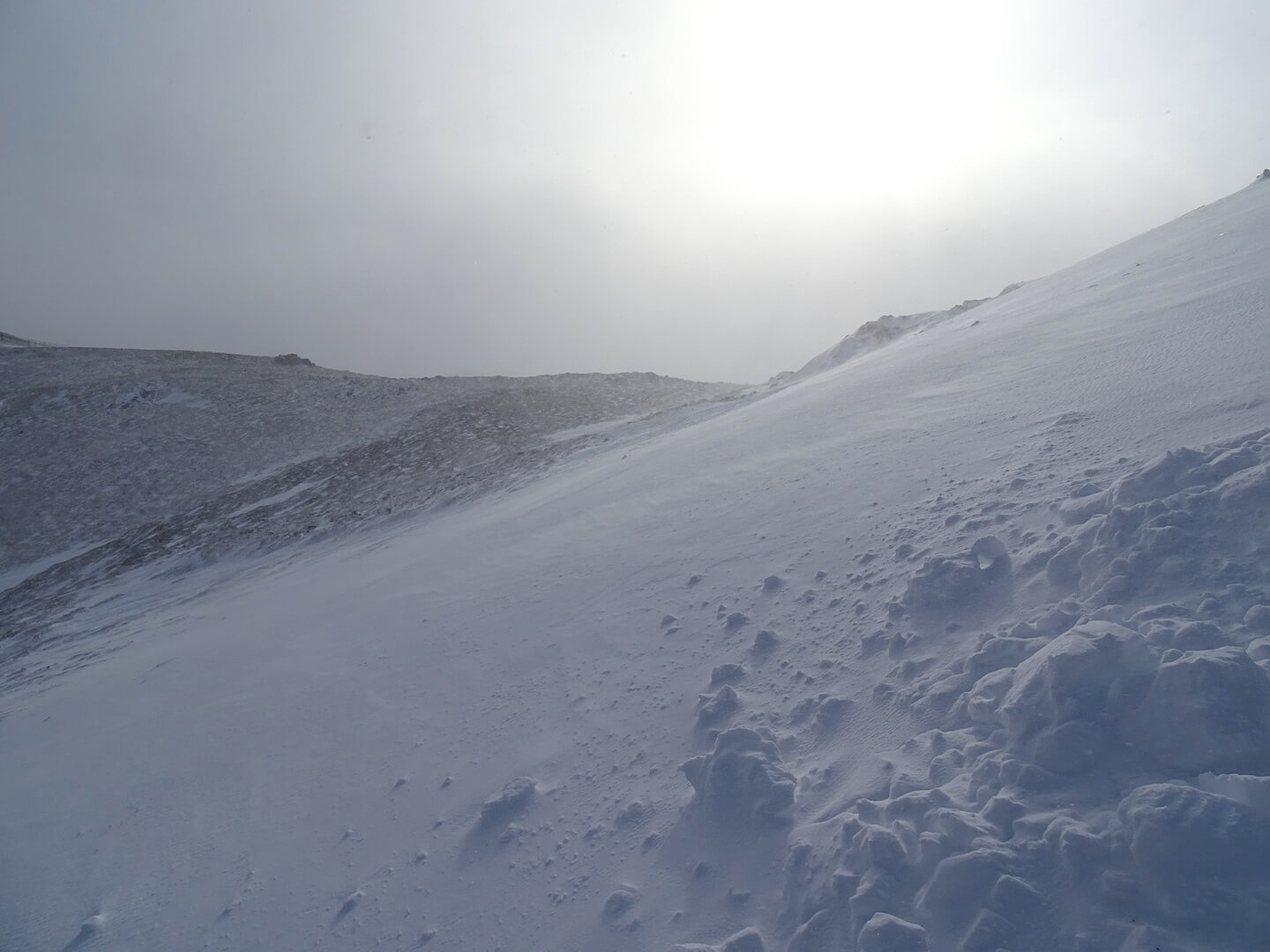 Marked transition from a wind sheltered location to a wind exposed one. 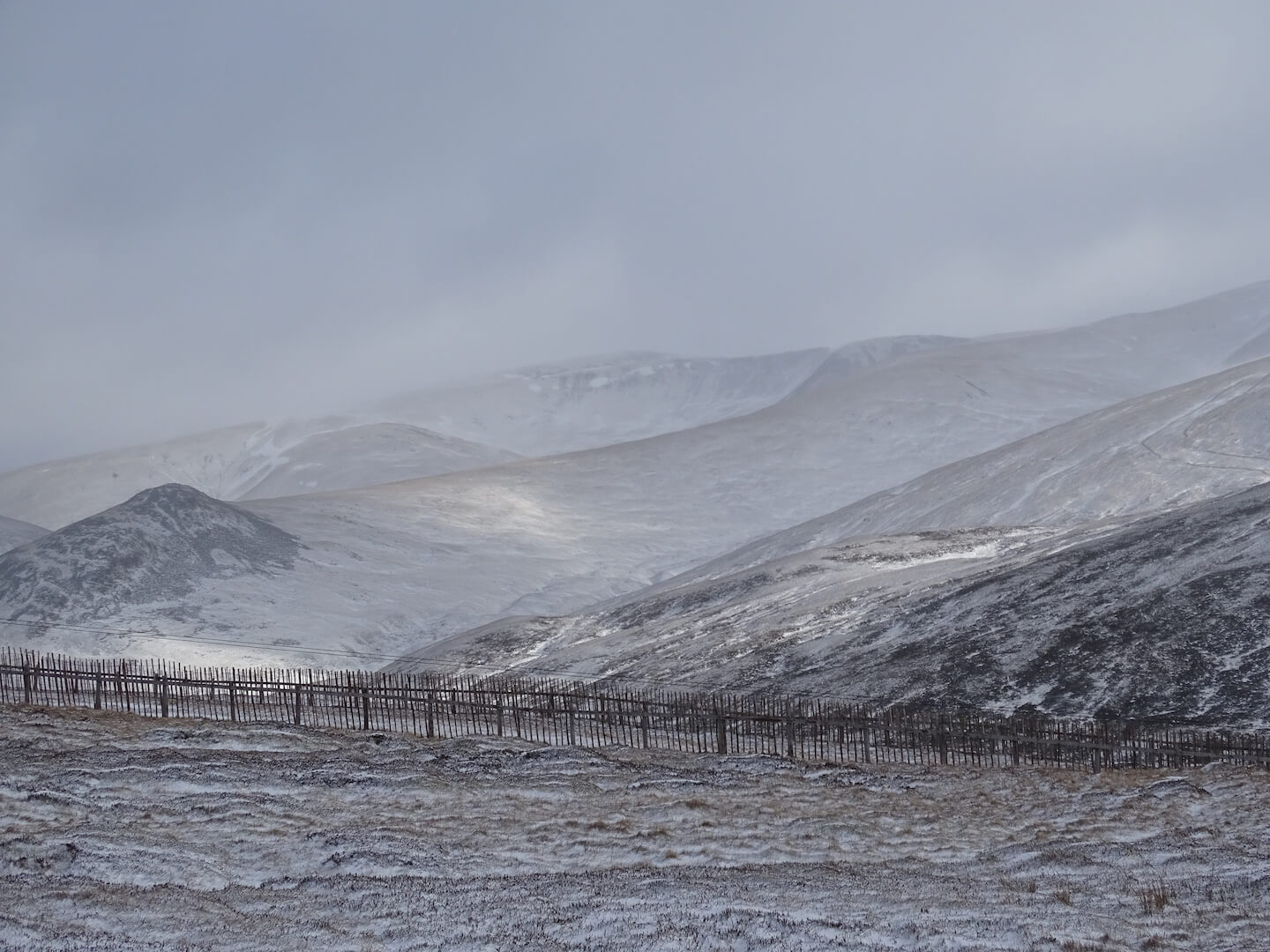 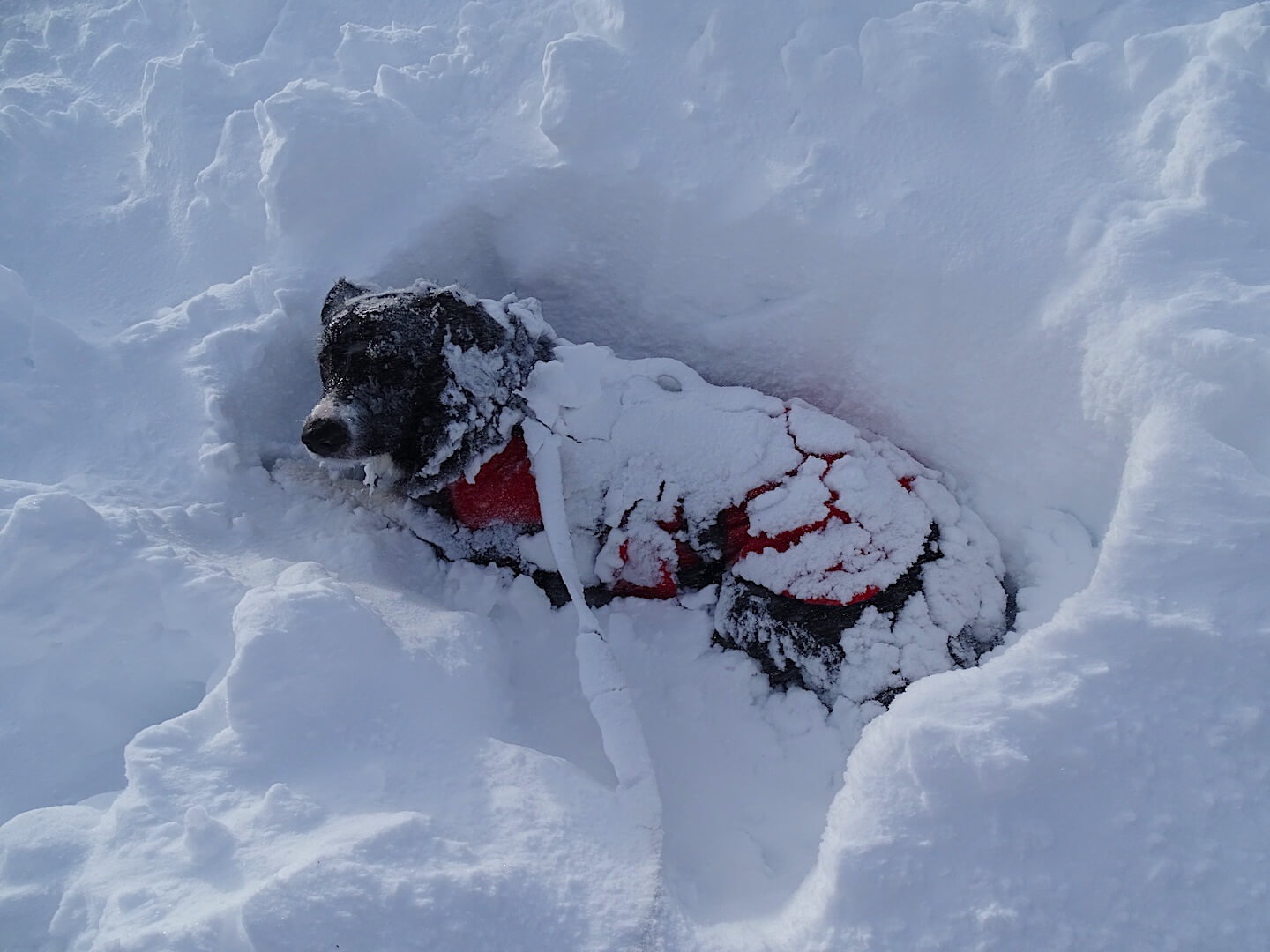 Dubh not particularly happy with the level of drifting. ‘No dogs were hurt when taking this photo – warm waterproof jacket and snow hole provided!’