The Wintry conditions continue with the snow gates closed this morning Â and a fair bit of snow drifting at all levels. Initially visibility was generally poor and it felt very cold, particularly where exposed to the strong winds. 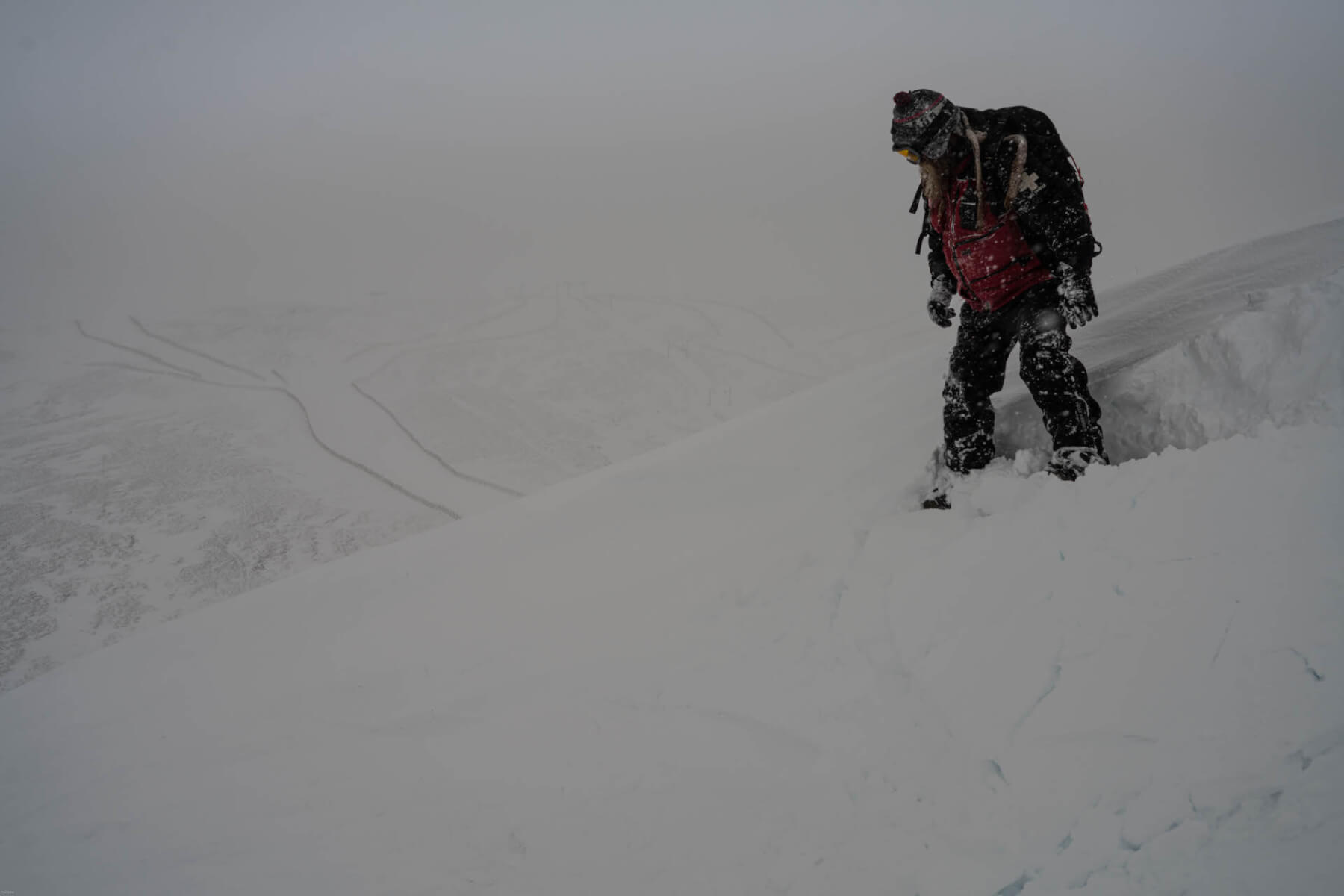 Glenshee Ski Patroller Andy checks out snow off piste. The conclusion was …..deep with poor stability! 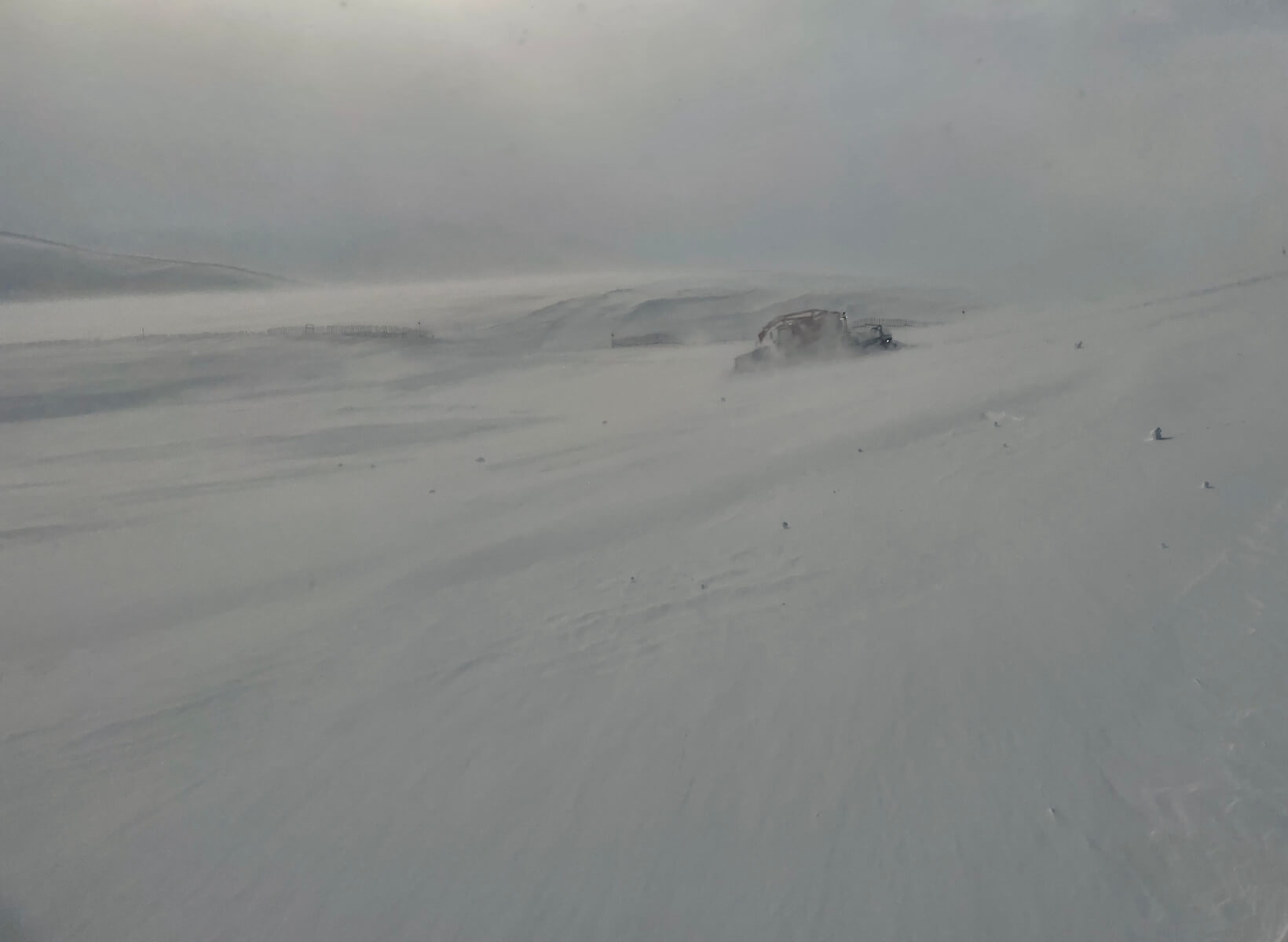 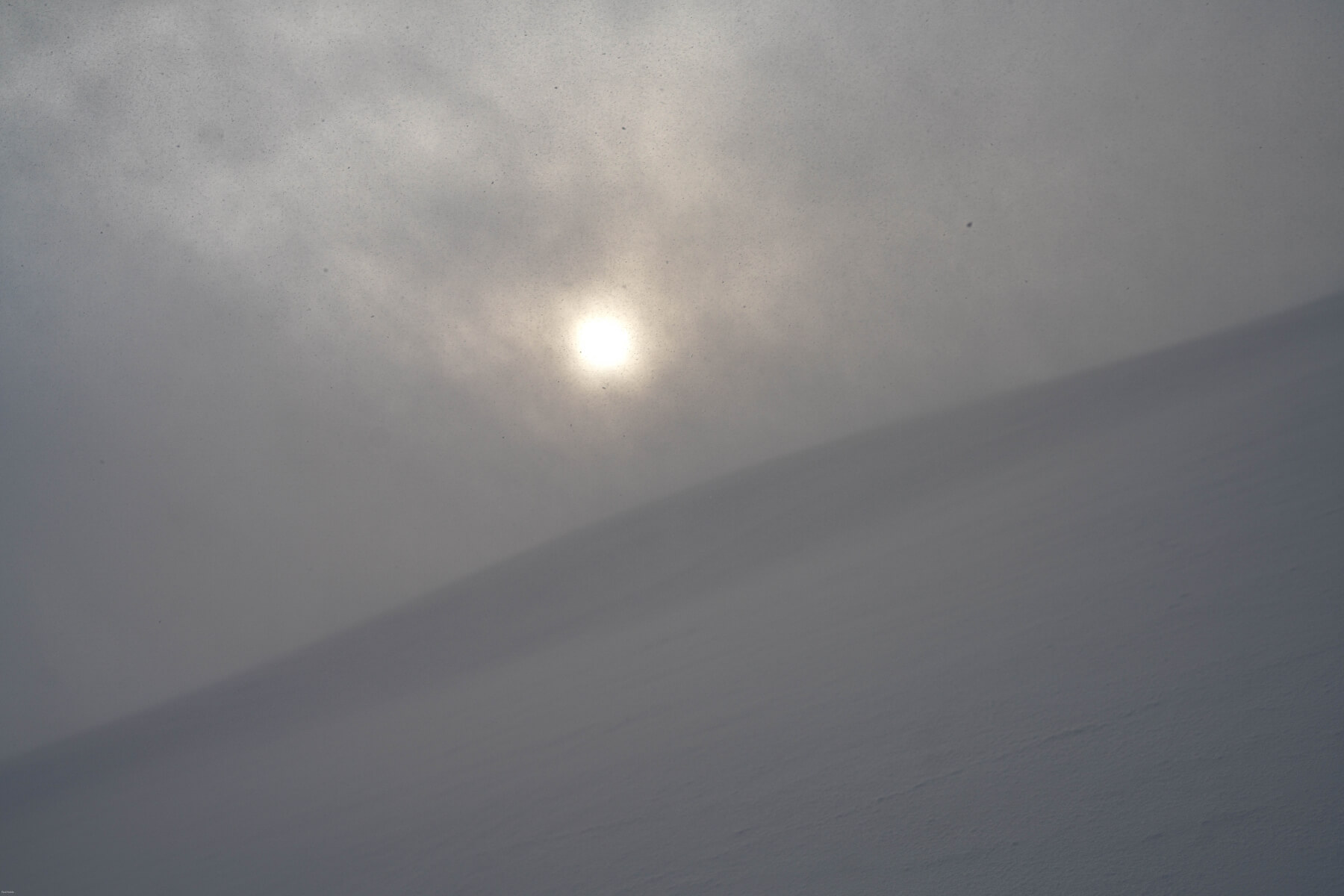 Late morning the cloud started to break up but the cold snow continued to drift in the strong winds. Sheltered slopes like this one holding deep accumulations. 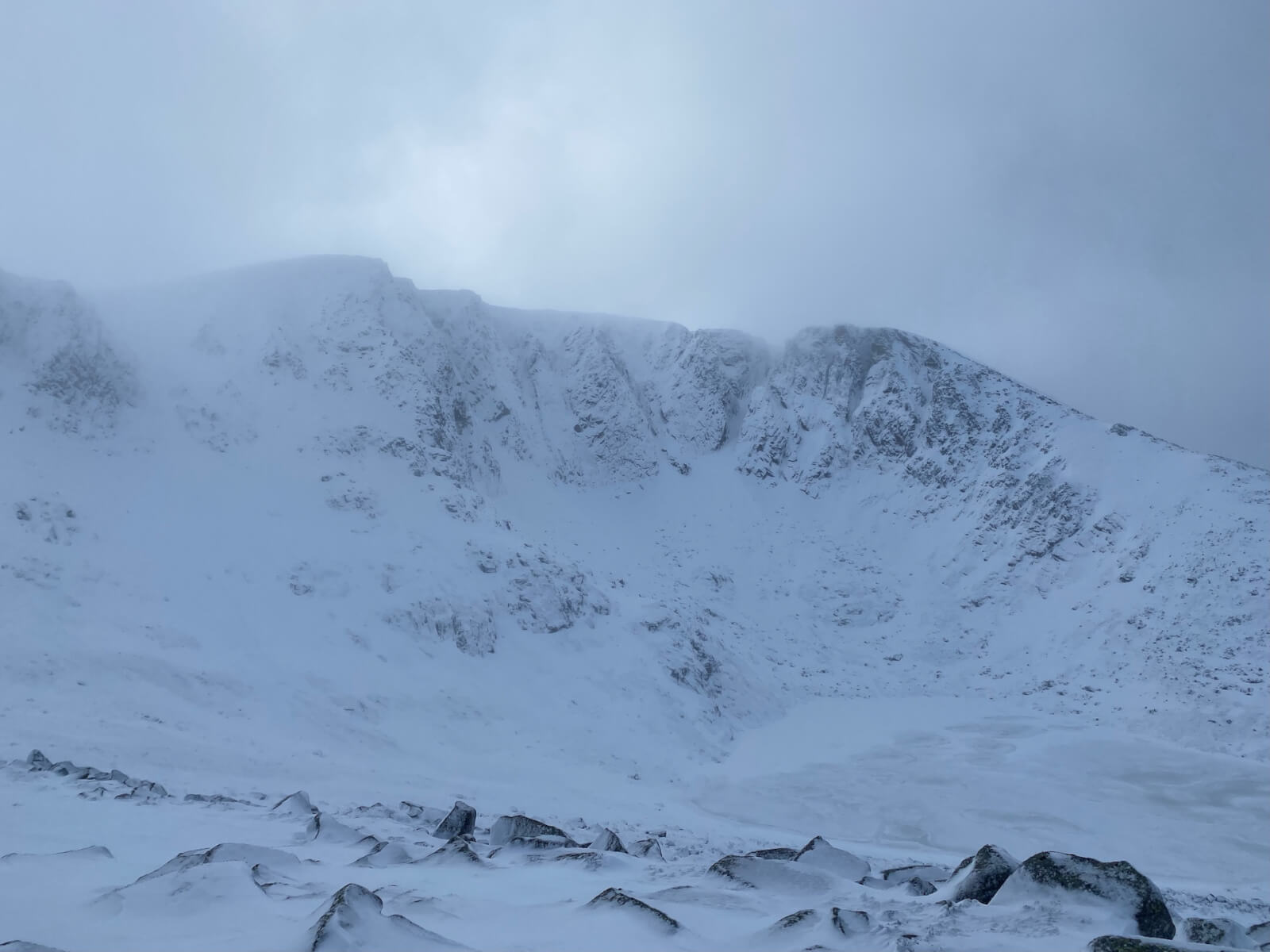 A photo from Donald of the Braemar Mountain Rescue Team. He put in a good shift up to the col on Lochnagar, a good effort. Conditions around the gully tops would have been ‘spicy’ today!