A cold and windy day.

Not much snowfall to speak of but at least it felt like a Winters day. Occasional views to The Cairnwell and Carn Aosda, less so around Glas Maol. Much busier now it’s half term, a few keen walkers heading out to nearby tops.Â Likely we’ll get a bit more tomorrow with winds swinging back to the West.

No details yet but potentially a fairly wild period coming up with two storms later this week, Storm Dudley and Storm Eunice. Hopefully with snow! 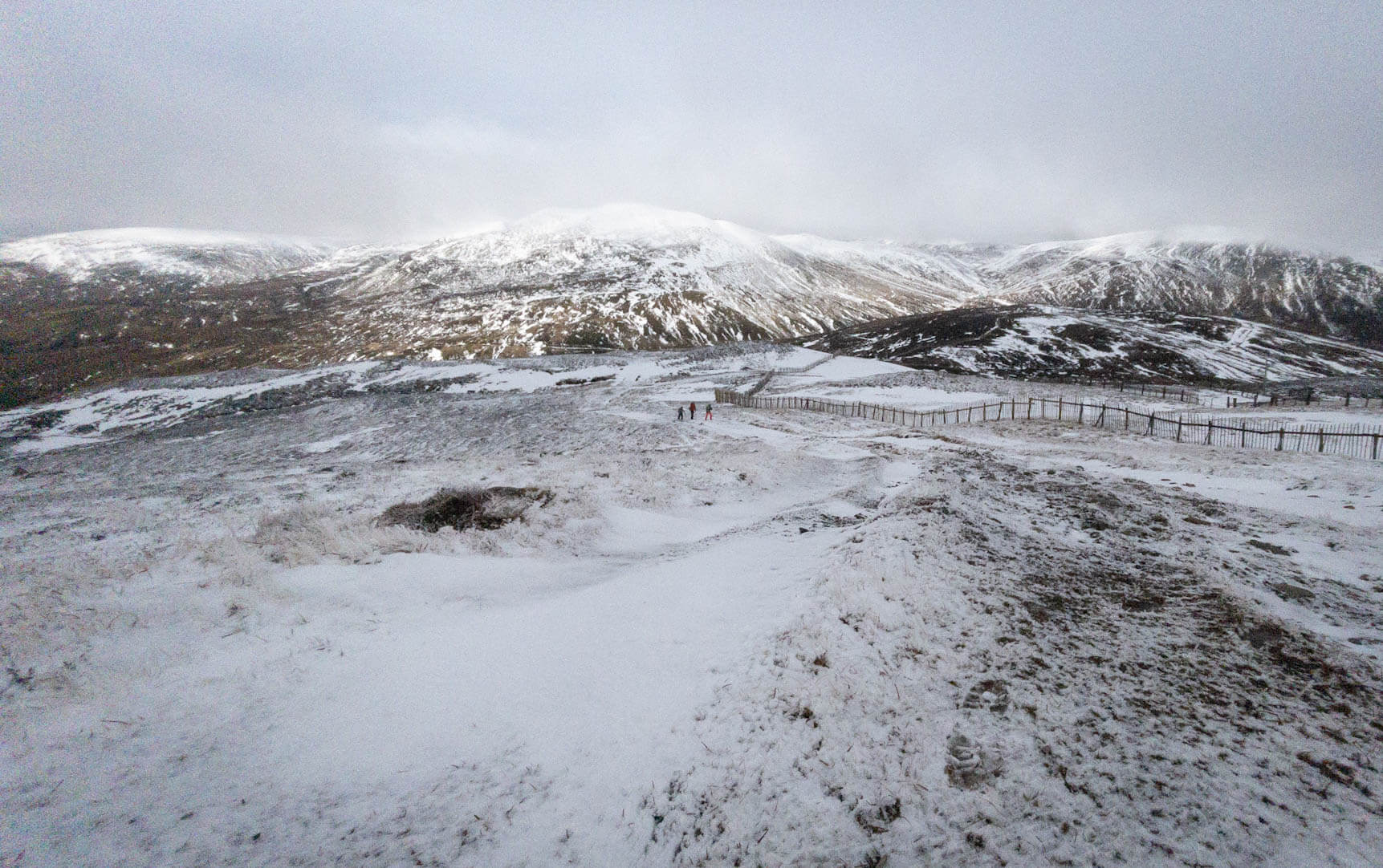 Looking a little more Wintry around the Glenshee hills but in reality it was very thin cover. Deeper drifts from around 900 metres. Â Still a way to go for some proper skiing yet. 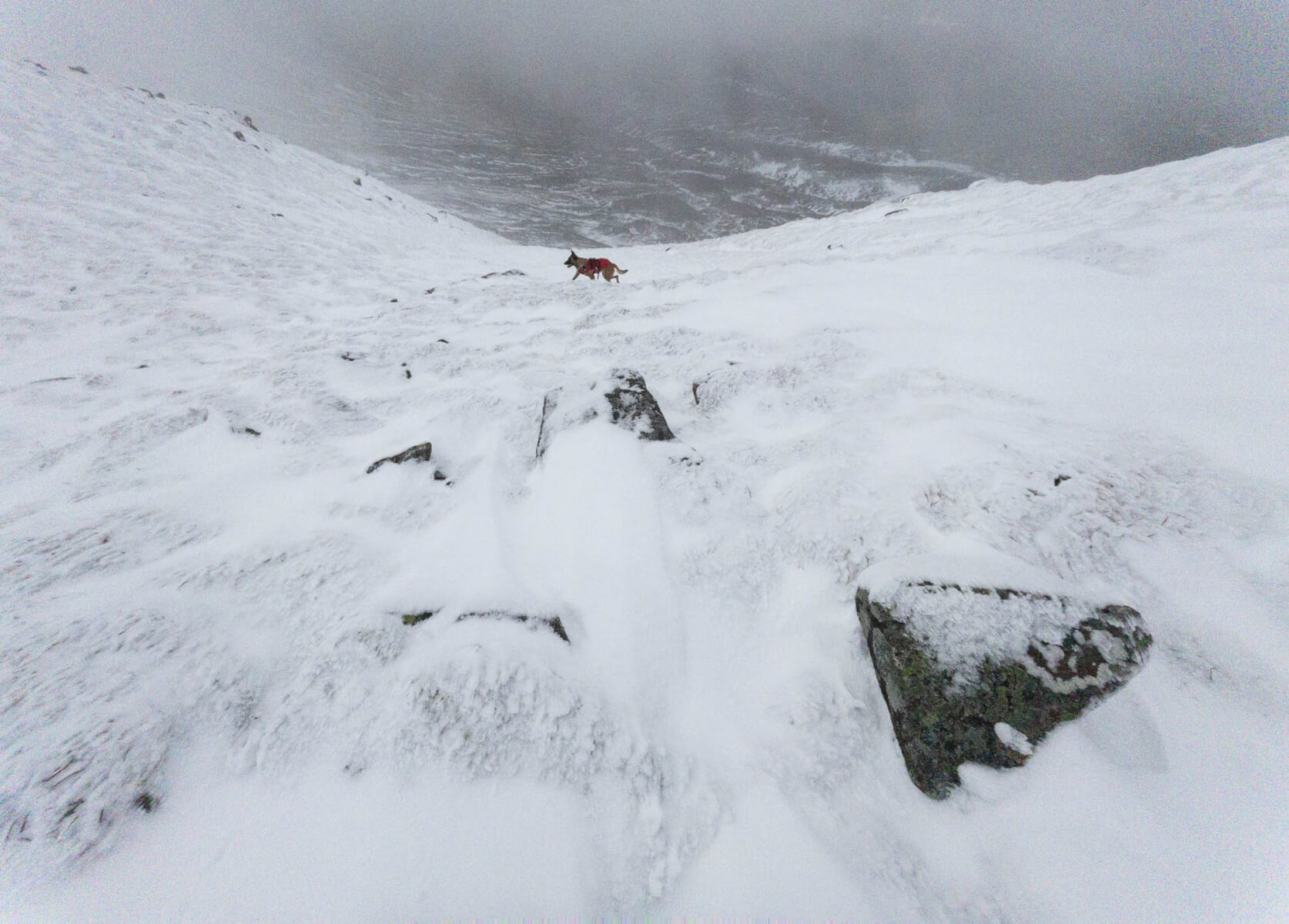 New snow had mainly fallen onto bare ground on Southerly aspects. Generally very shallow with only a few deeper pockets. Deeper snow is still found on N to E aspects.