Covid -19
The Scottish Avalanche Information Service issues information to support permitted activity under current Scottish Government guidance.
Please be aware of current mandatory travel restrictions inÂ Local AuthorityÂ areas within Scotland and respect local communities by referring toÂ Scottish Government guidanceÂ and safe route choices for exercise. For further guidance please refer to the following information forÂ hillwalkers and climbersÂ andÂ snowsports on ski and board.
This blog is intended to provide hazard and mountain condition information to help plan safer mountain trips.
Precipitation fell as snow to increasingly lower levels today as the freezing level dropped. Very poor visibility during the showers this morning and spells of blue sky and sunshine this afternoon between them. Drifting was occurring in the strong winds and new unstable accumulations have formed in sheltered locations. The transition from being on no snow or firm snow to being in deeper new snow can be abrupt and small cornices were starting to reform today. 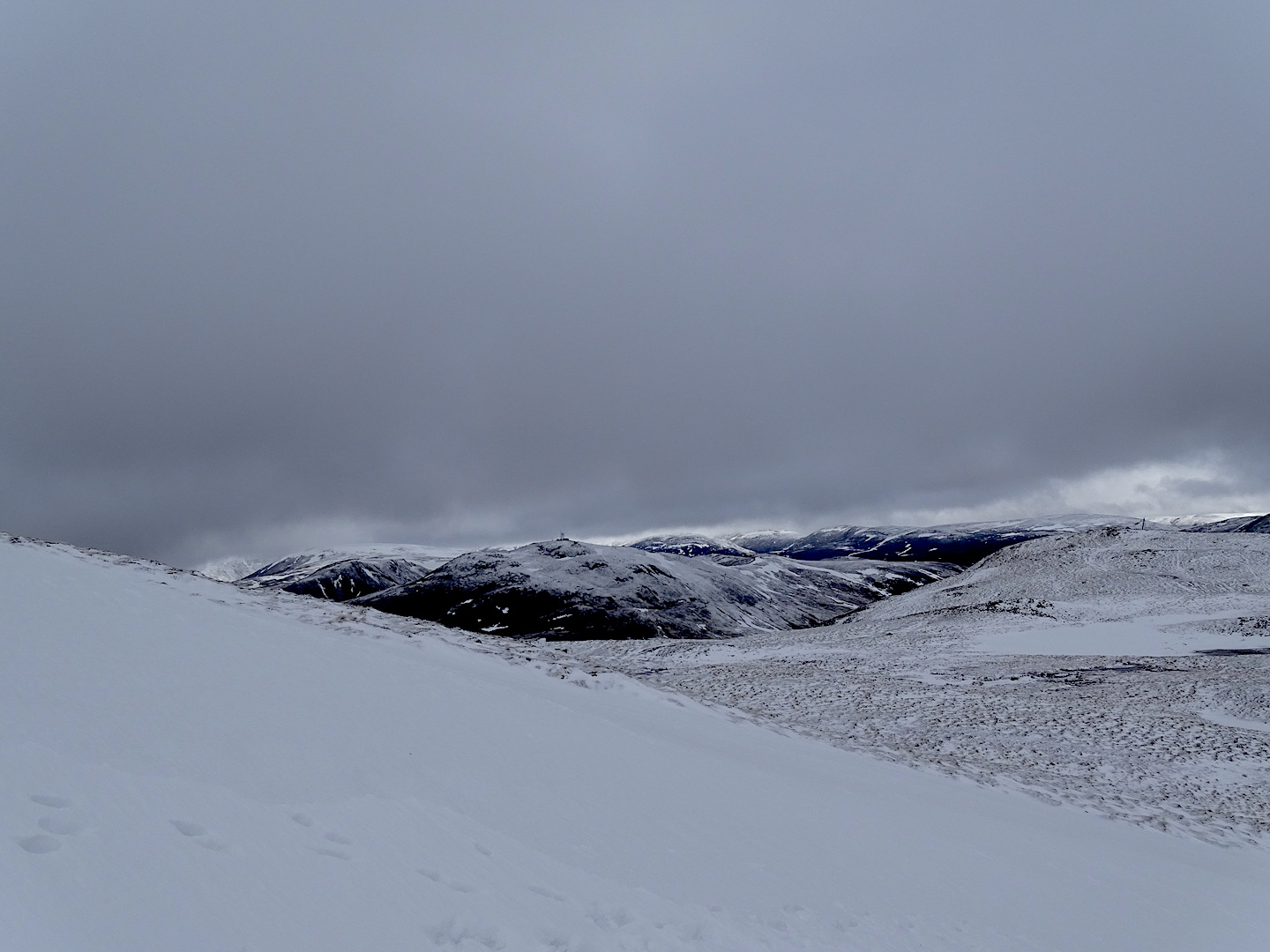 Distribution of the new snow is fairly limited but can be locally deep, especially at the highest elevations. The transition from no snow to deeper snow can be abrupt.Â 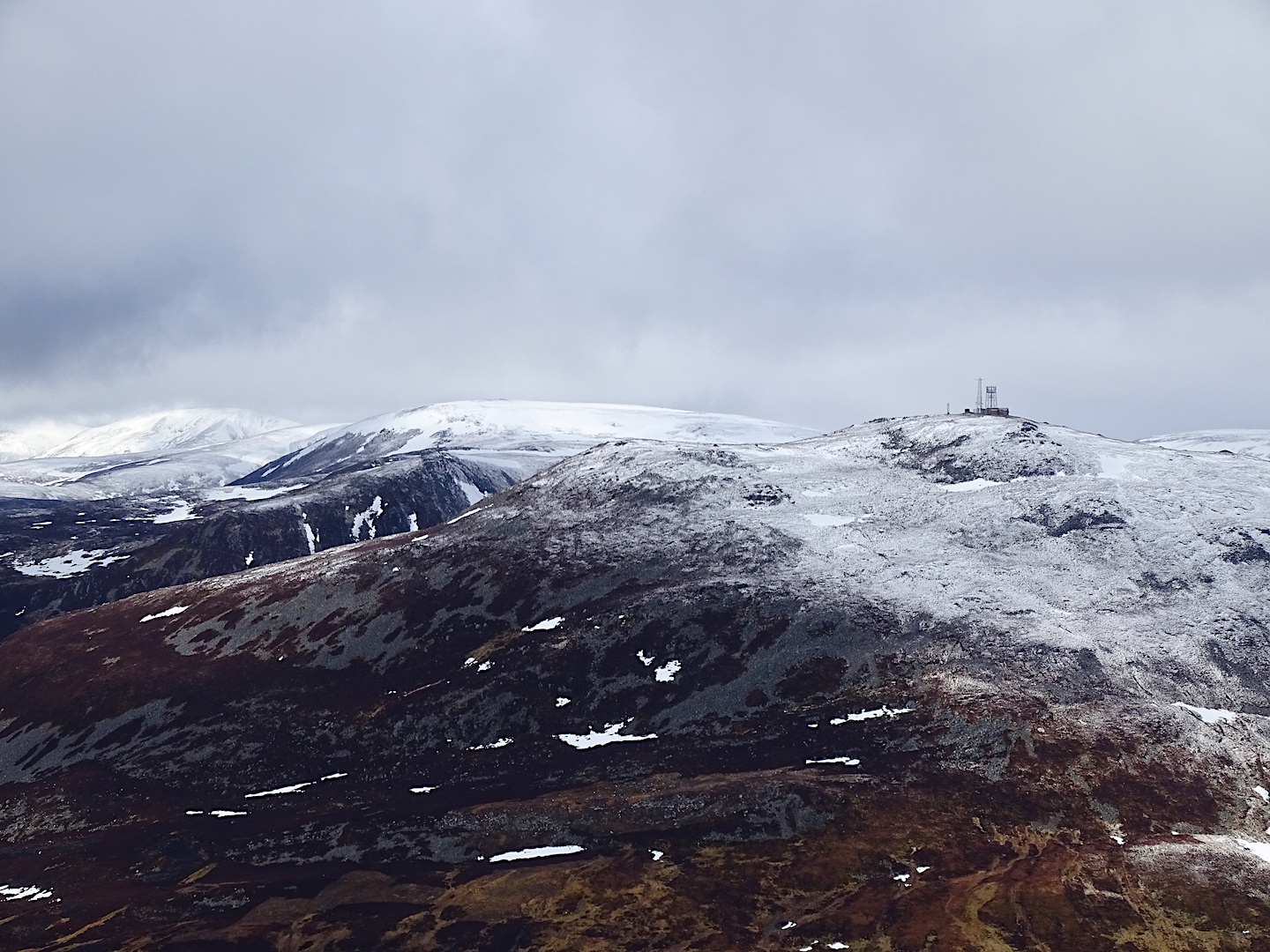 Only a dusting of new snow on lower hills this morning. 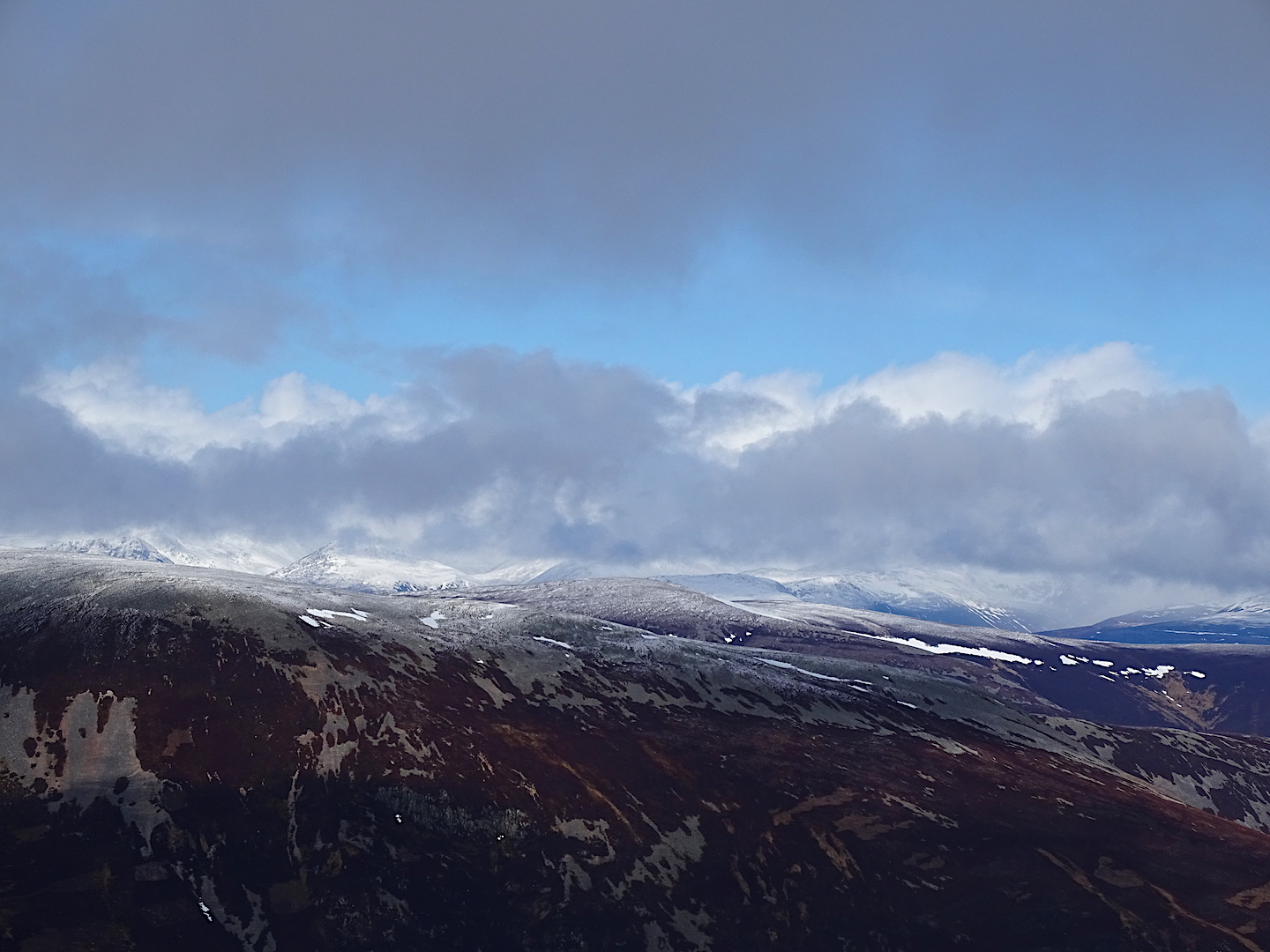 Blue sky and some sunshine between the showers this afternoon.