It was a very poor day on the hill today. Rain at all levels and again the winds that never seem to stop! It is forecast to be extremely windy again on the hills Saturday but unlike today its becoming cold with snow throughout the day. Hopefully the snow cover will survive the ongoing thaw.

Not much in the way of meaningful photos to show. 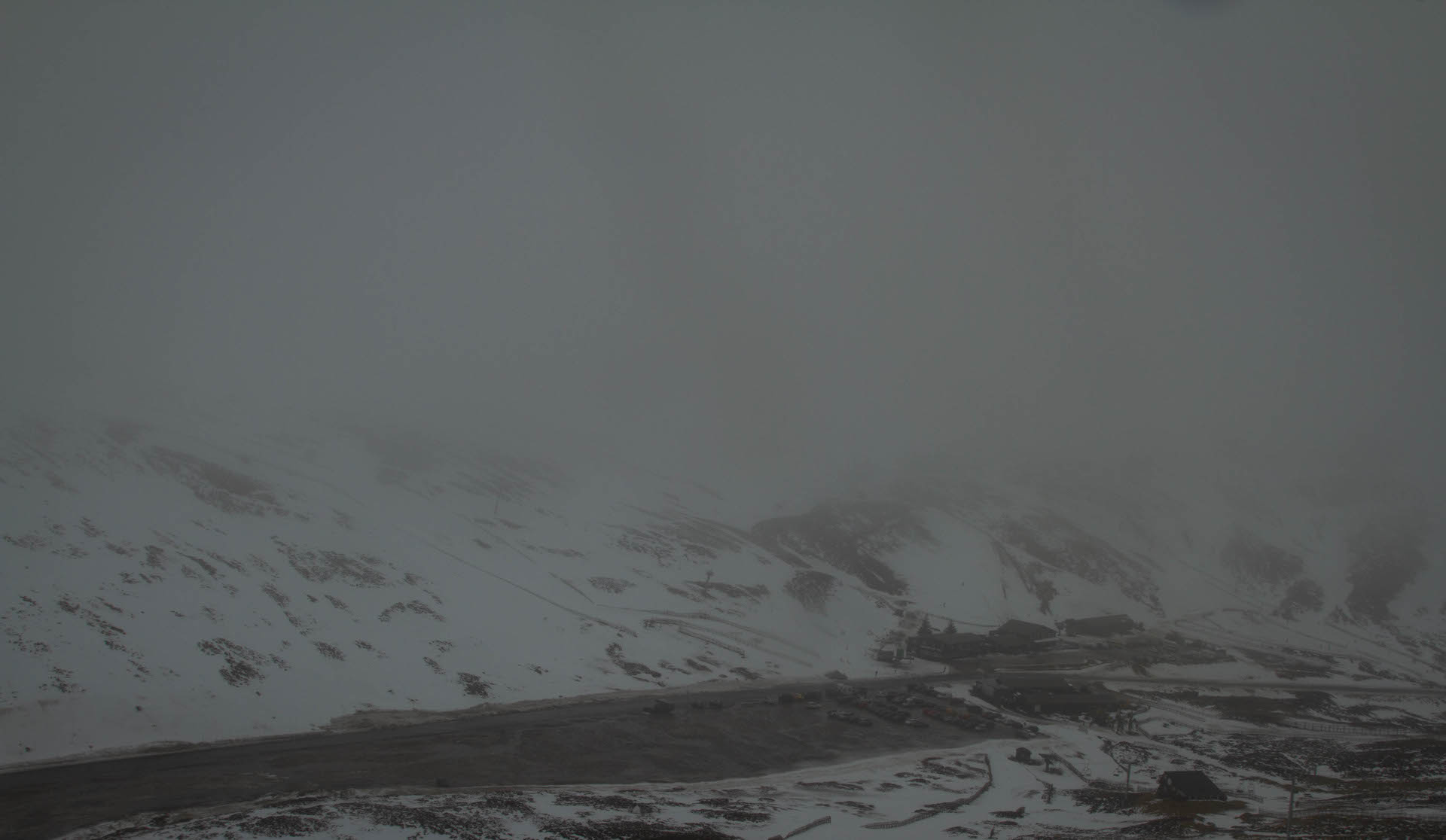 East facing aspects above Glenshee are holding onto their snow. Corrie Fionn has also still got great cover in it. Good to see some enthusiastic piste skiers still at it despite the rain! 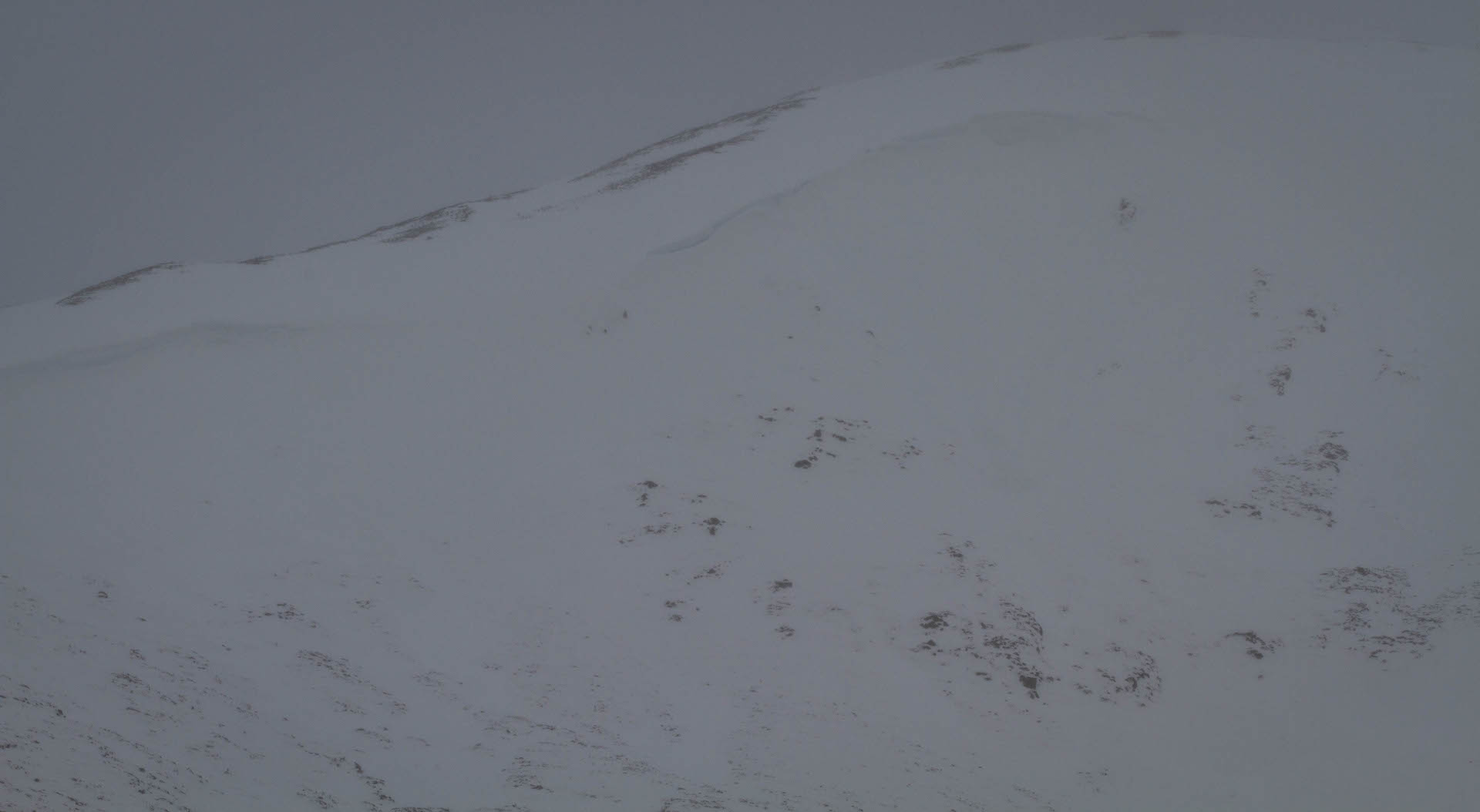 There was very little visibility above 700 metres today. Minor instabilities on steep slopes were noted.