The snow cover is very good but varies greatly in depth as the soles on my skis now show! Â Glenshee Ski Centre pistes and side pistes looked in great shape.

Away from the centre it was great to see a few tourers out, there are plenty options available. Little new snow forecast tomorrow but expect a bit of redistribution in strengthening winds. 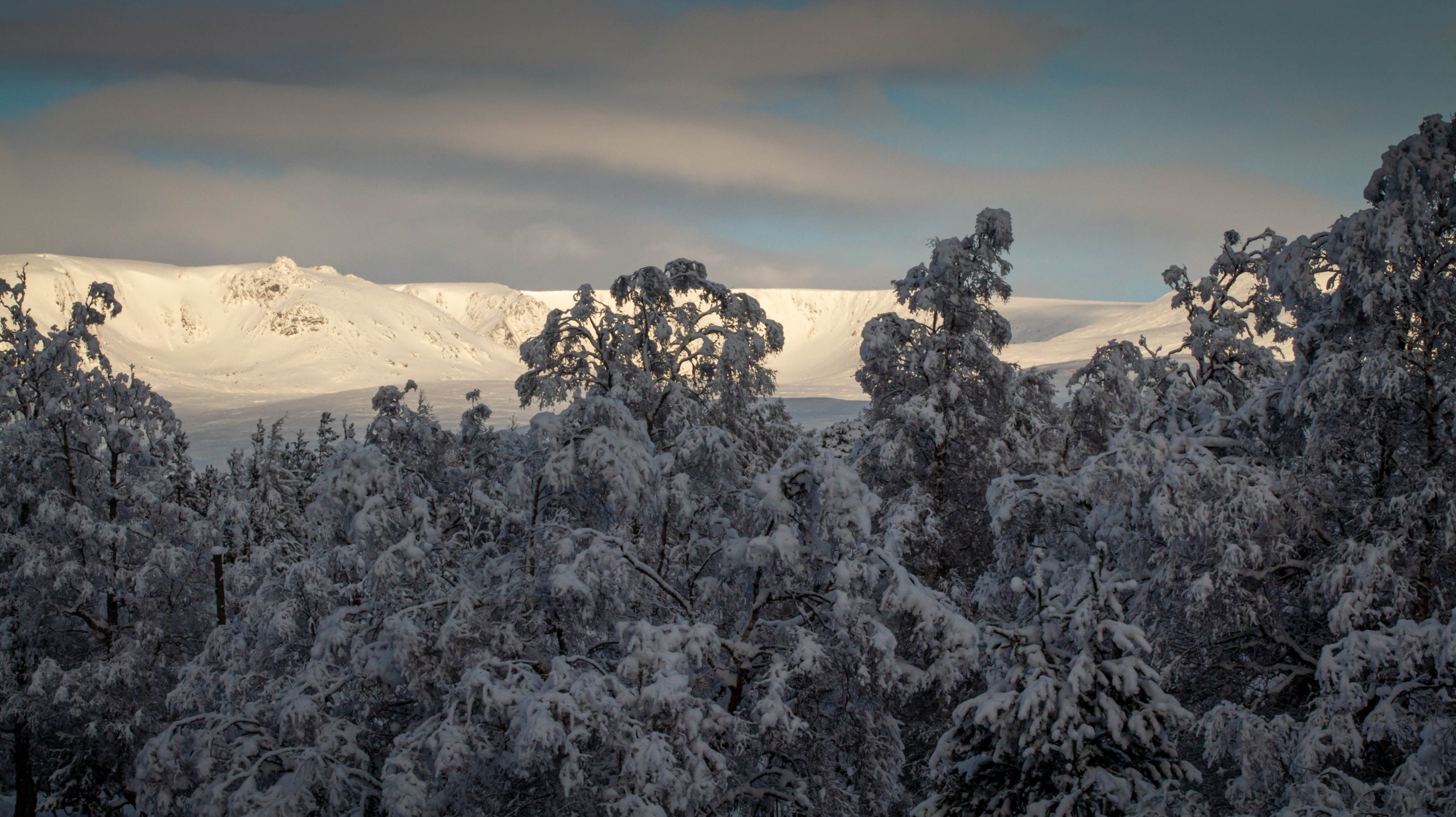 What a great start to the day- Beinn a Bhuird first thing. Some great options for forest skiing at the moment. 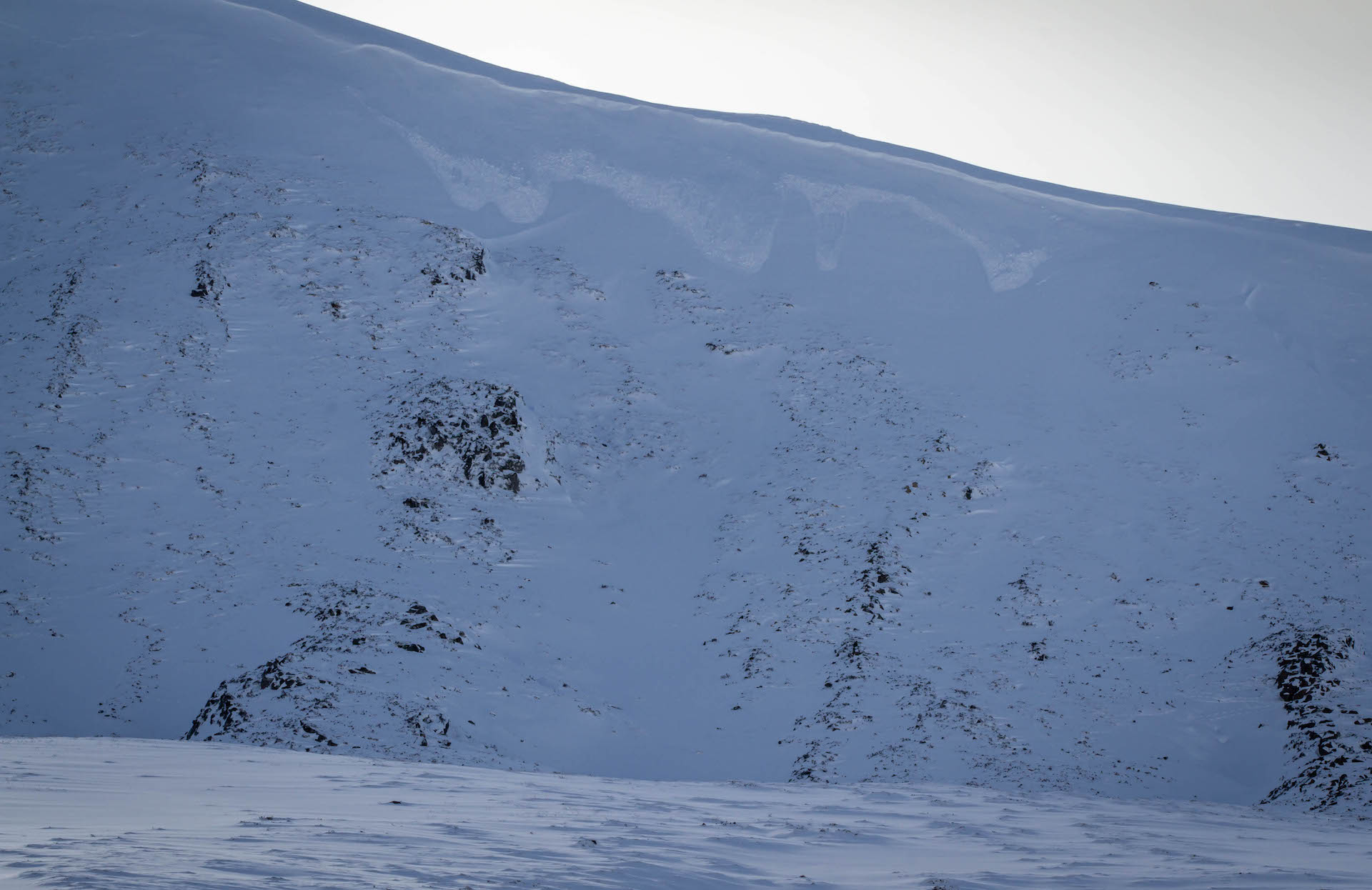 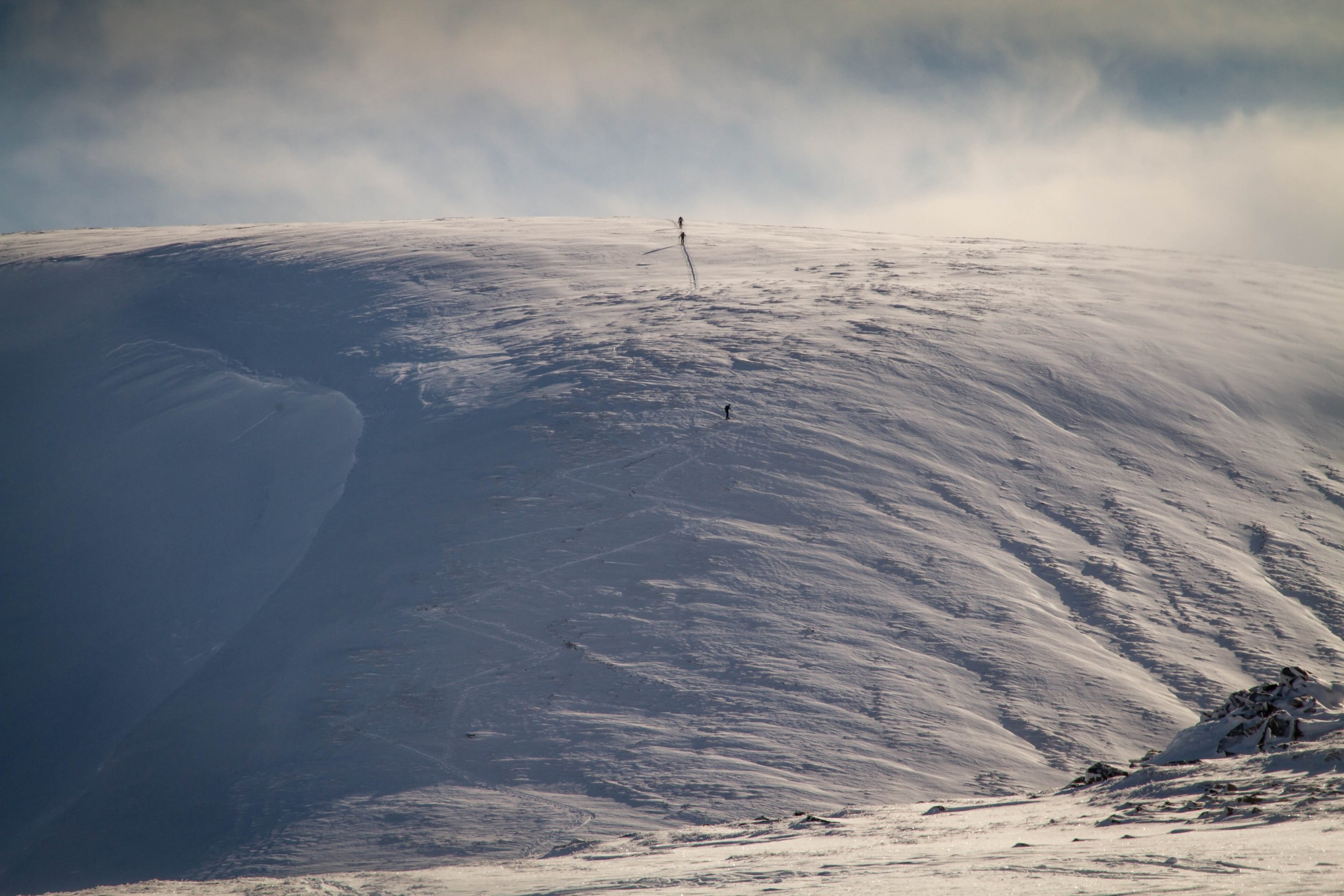 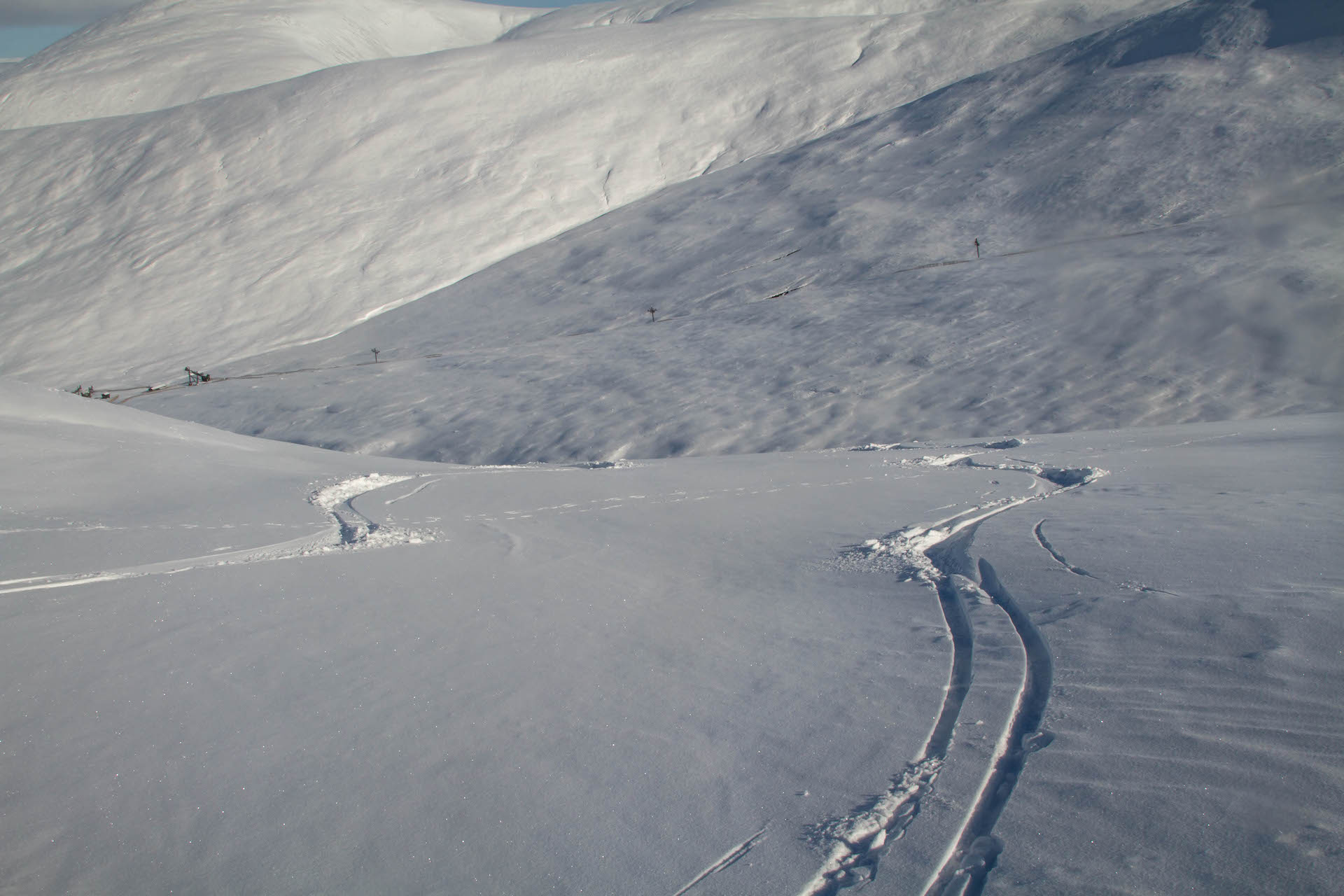 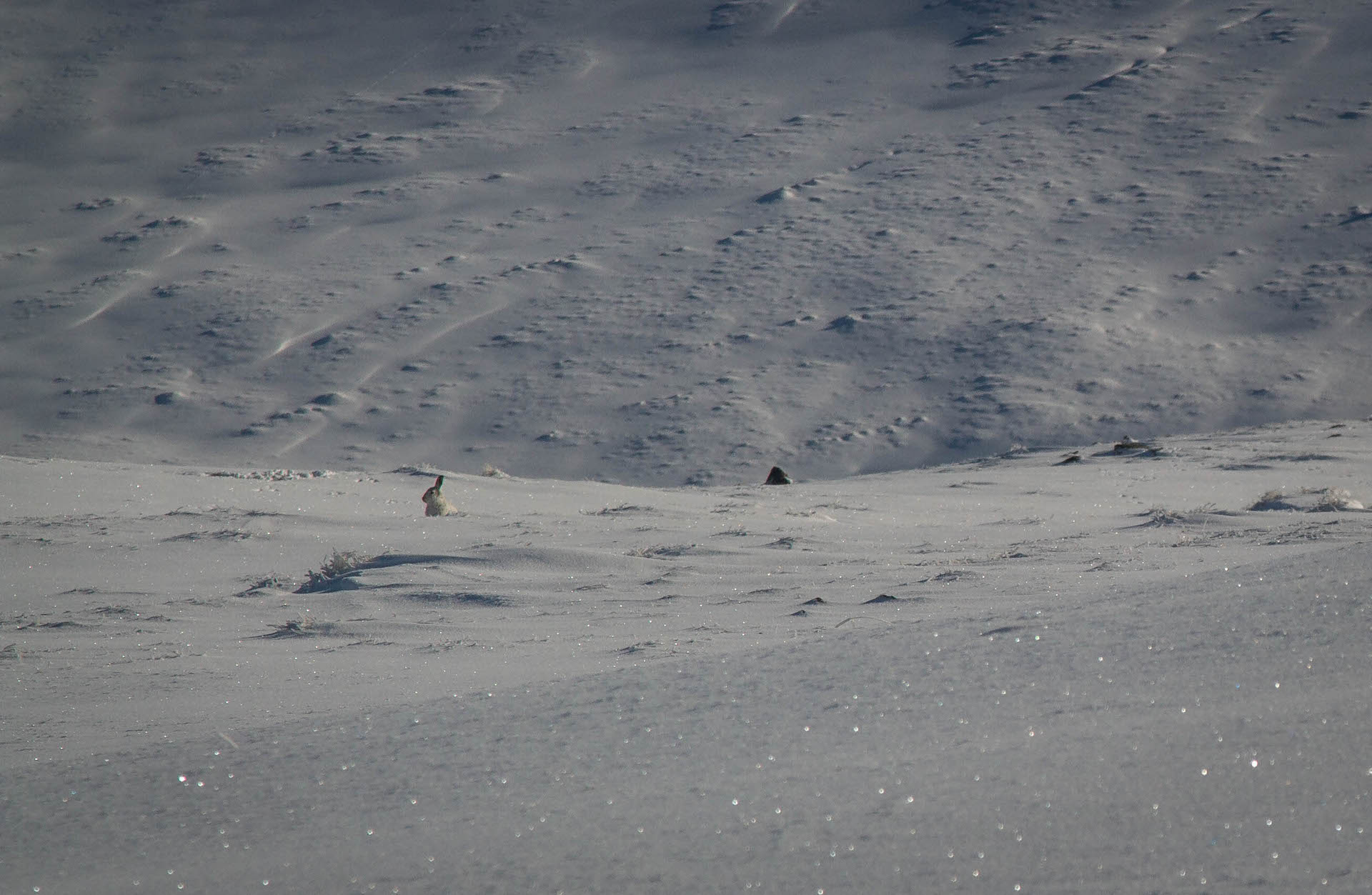 A few mountain hares blending in. 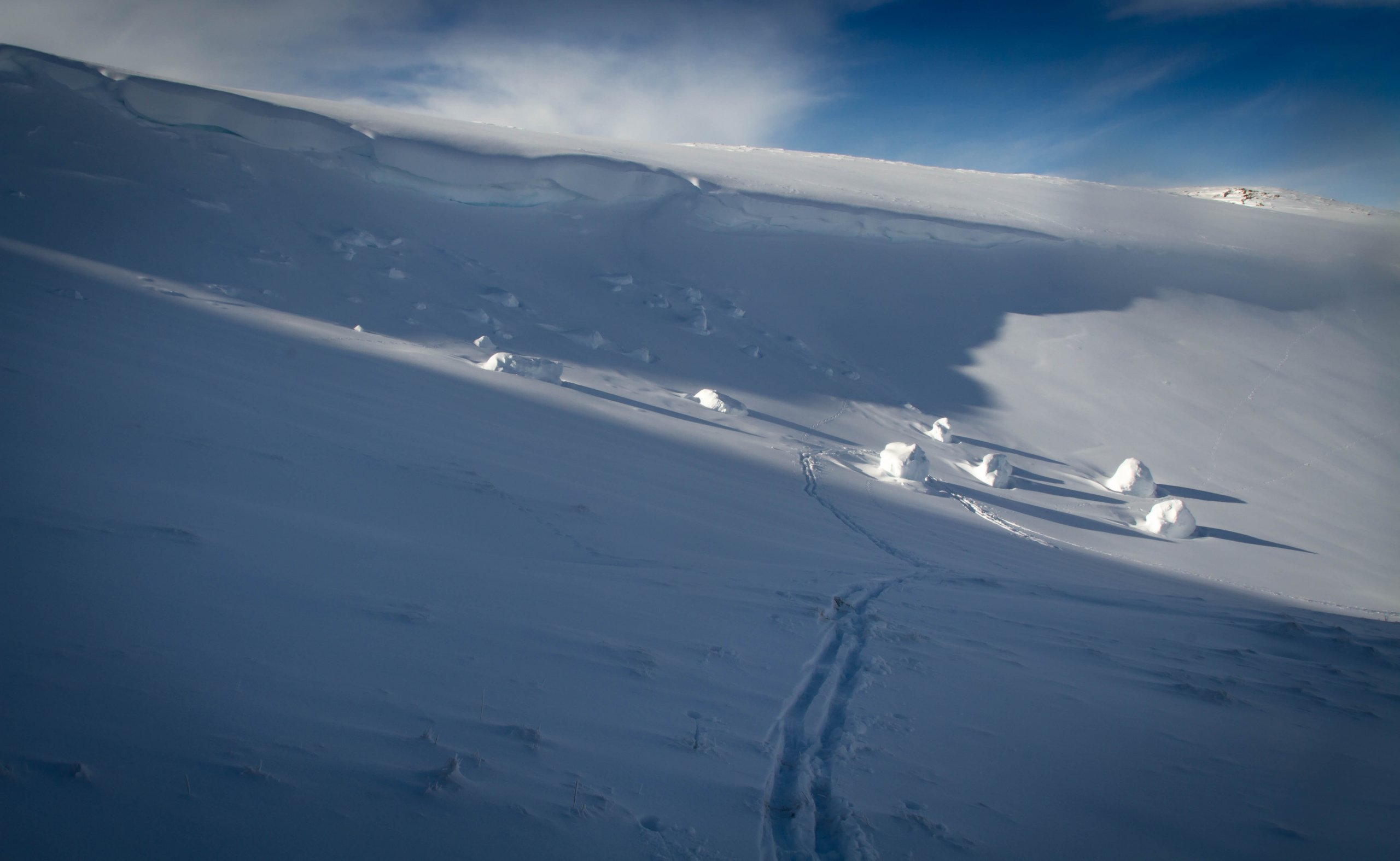 Cornice collapse. I expect there has been a few throughout the area. 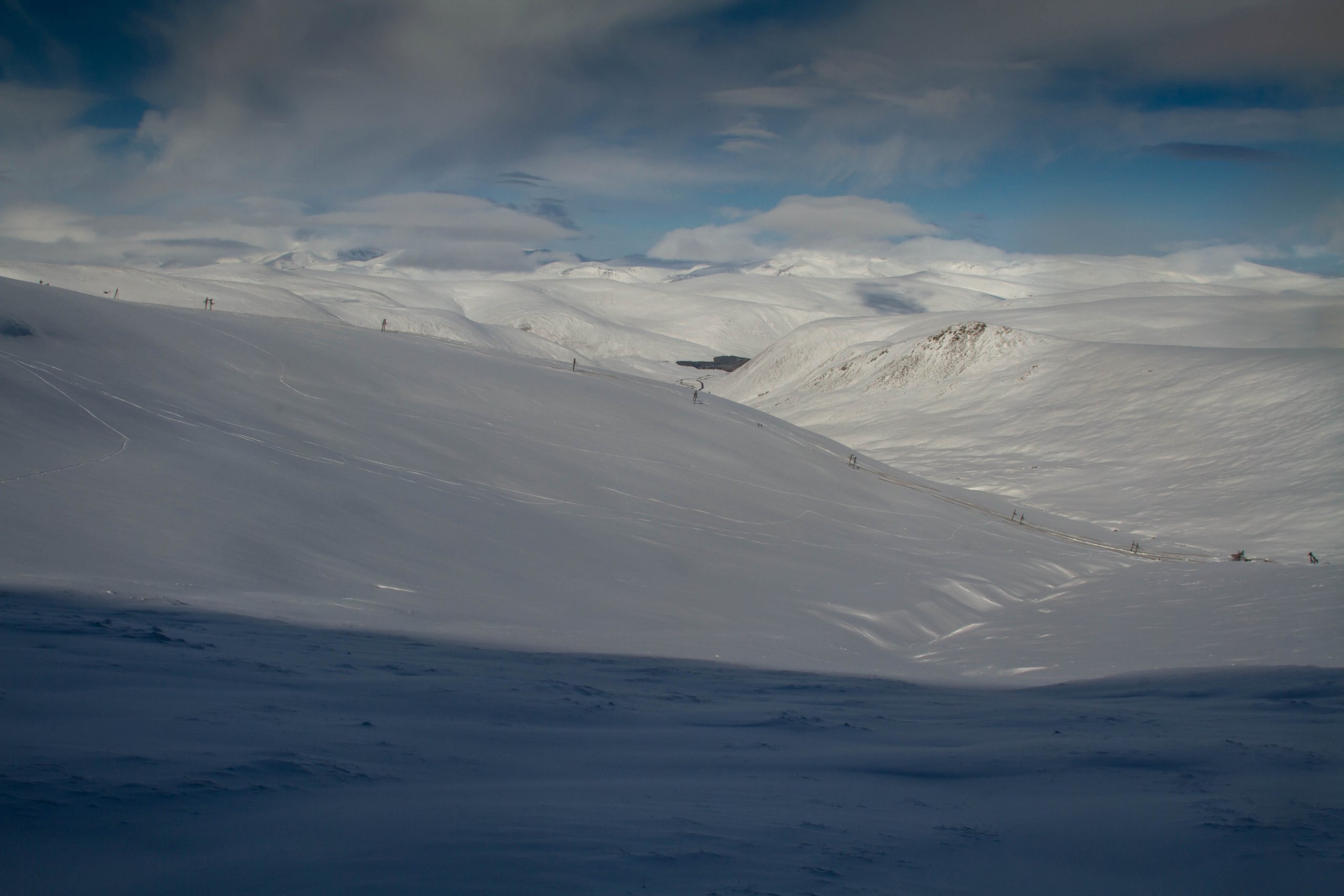 A view over Corrie Fionn. 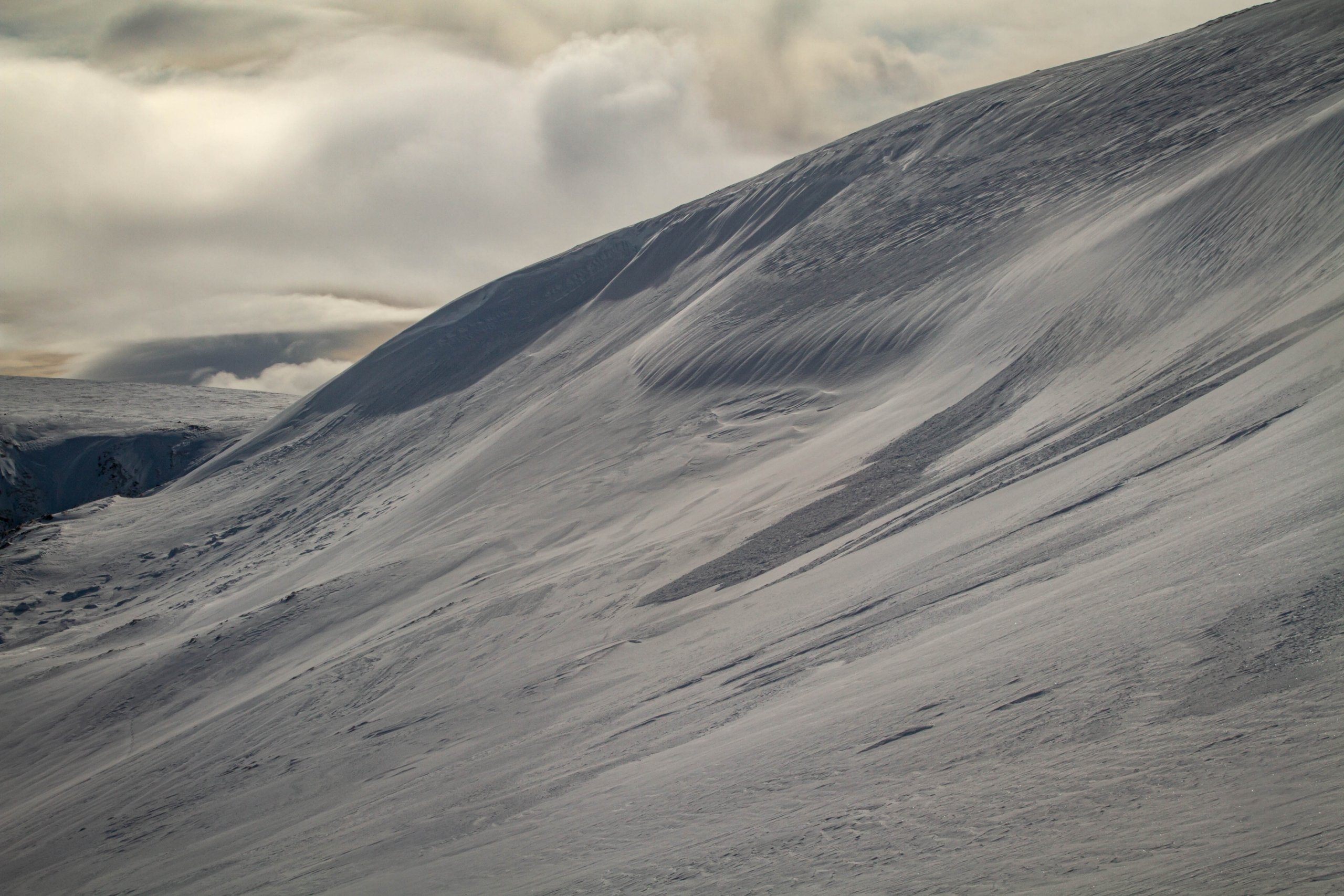 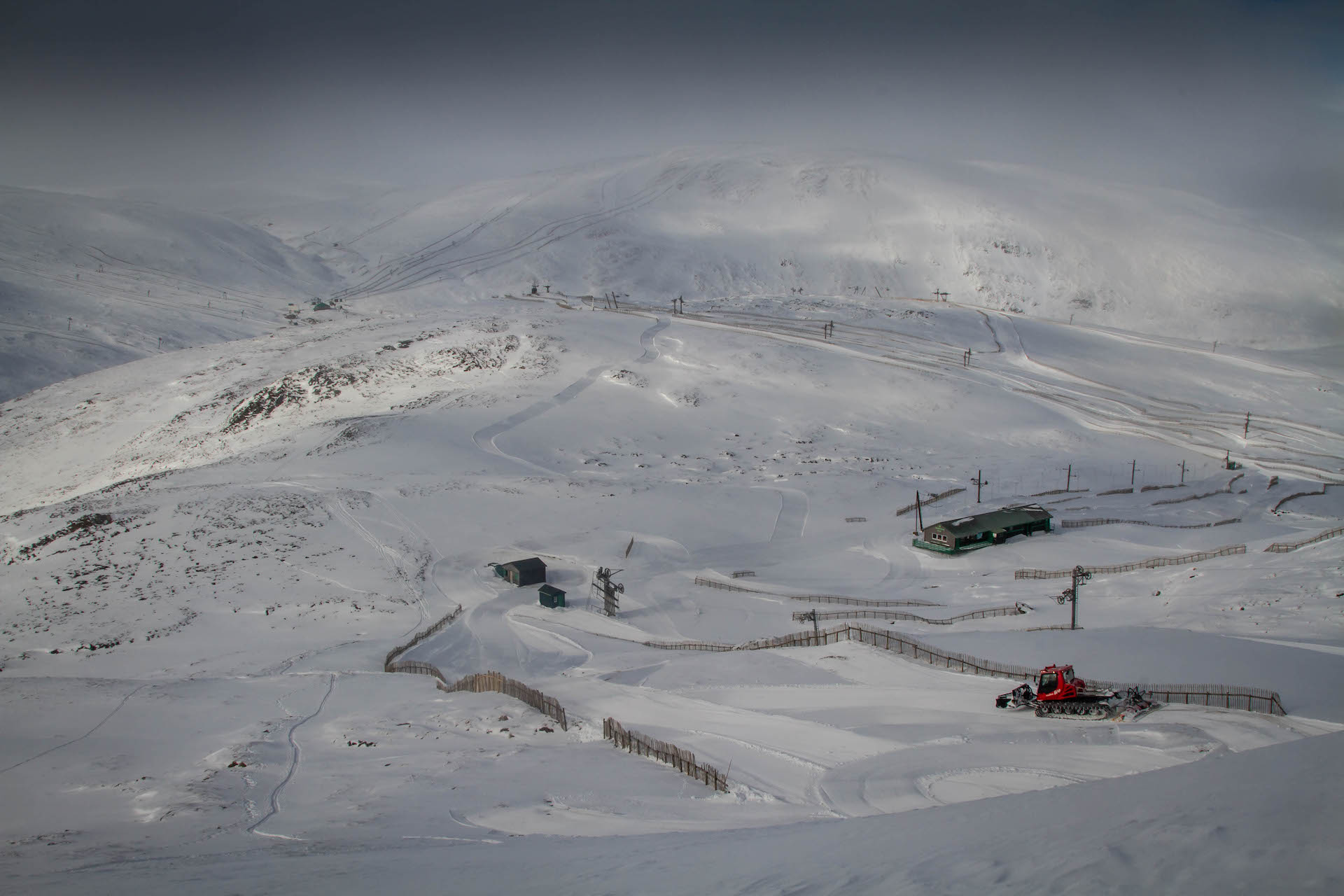