Snow showers on storm force winds made for ‘interesting’ conditions on the hill today – Visibility was particularly poor and staying upright on skis was a challenge at times. The winds are stripping everywhere but the most sheltered locations where deep accumulations are forming. The cold dry deposits are unstable and fragile cornices and wind lips have formed. Wind exposed slopes are scoured and icy with the transition between deeply drifted and icy conditions often just a few metres.

There were some keen ski tourers out today and in between the showers when the visibility was good you could pick out the best lines. During the heavy showers, visibility was non-existent in the storm force winds.

Light snow showers overnight easing to a mostly dry day tomorrow – I will still be avoiding any avalanche start zones due to the volume of unstable snow driving into them today. 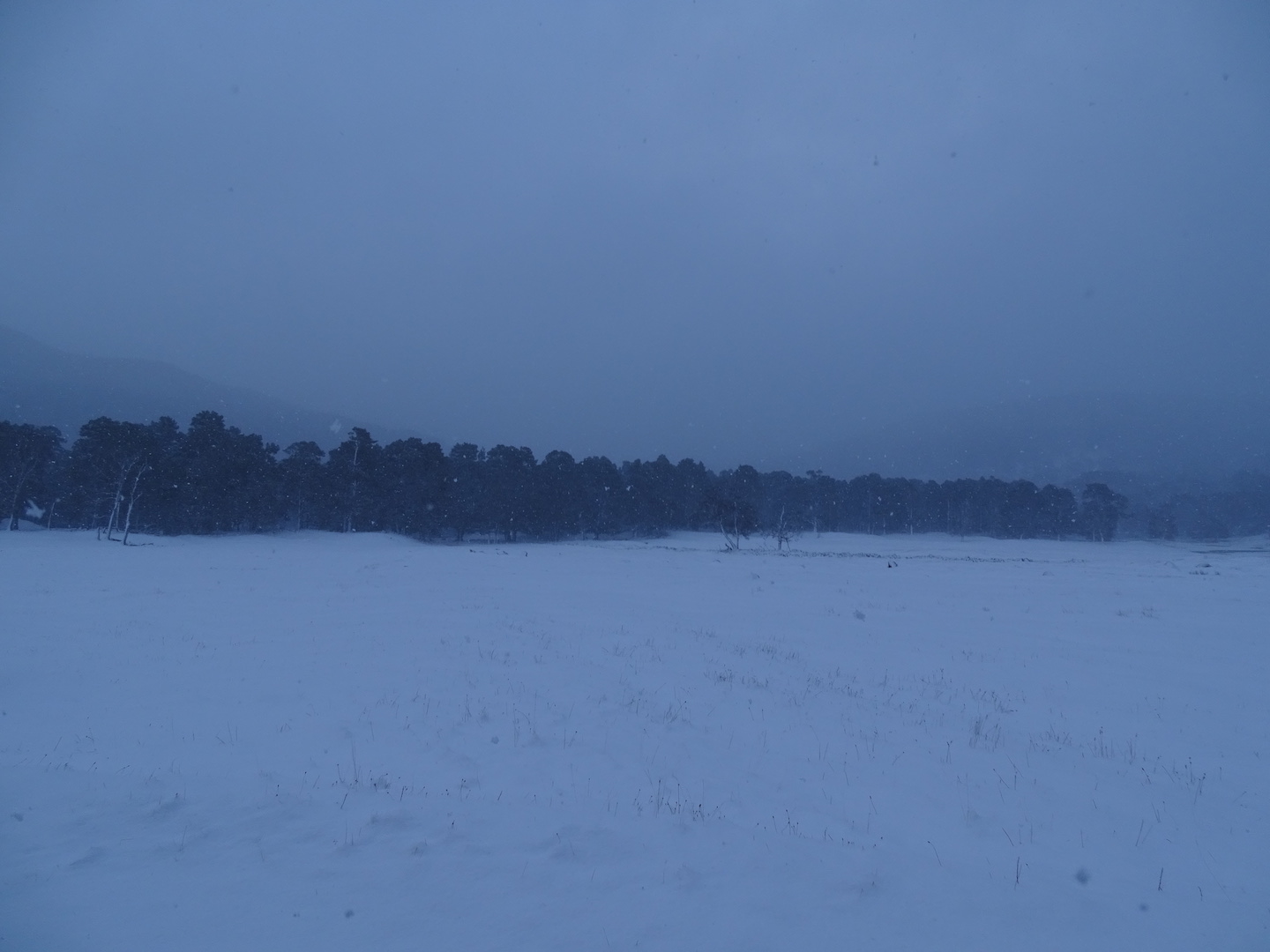 Heavy showers right down to the glen from first thing the morning. 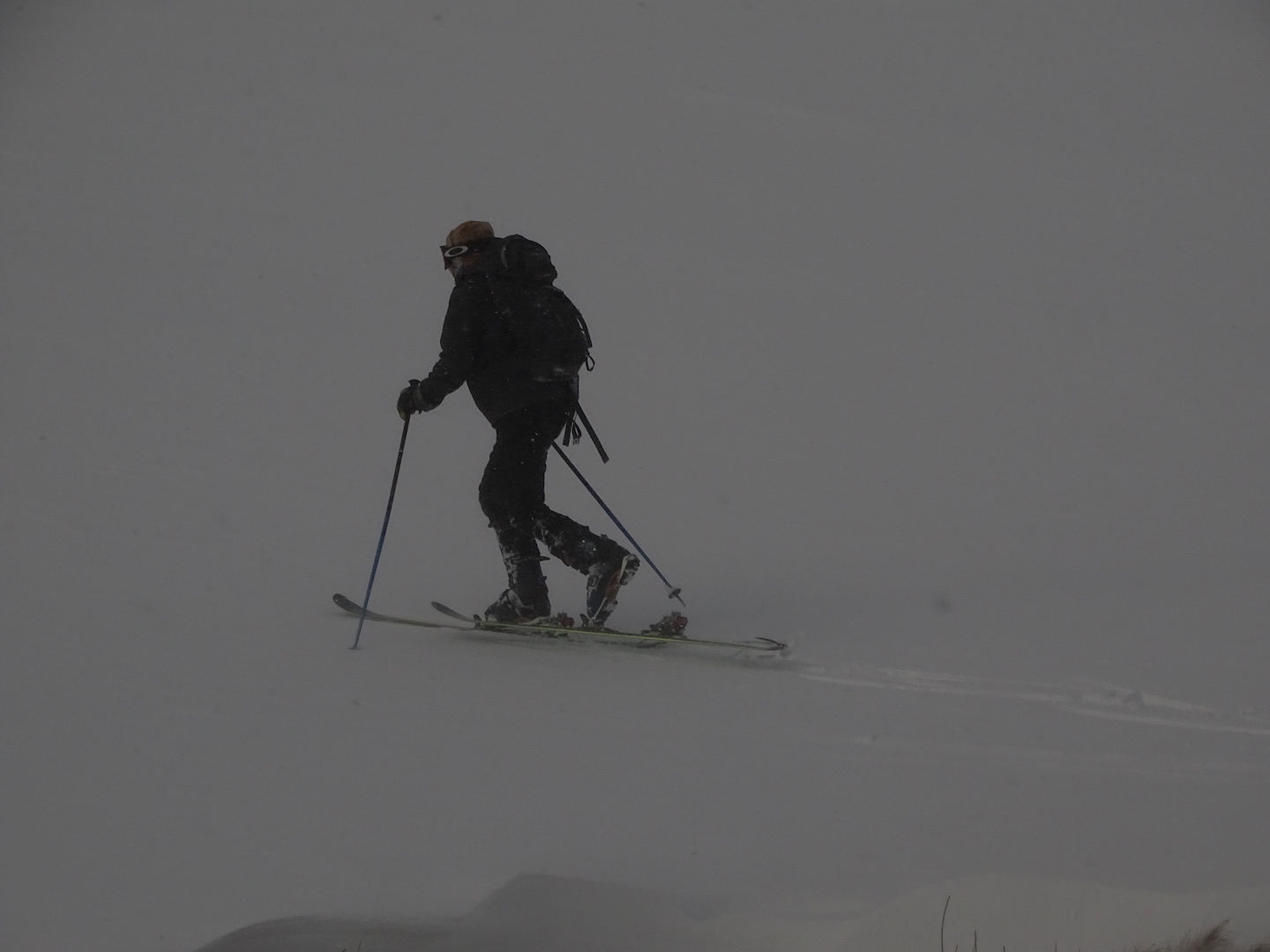 Poor visibility for a lot of the time today but some great fresh snow around. 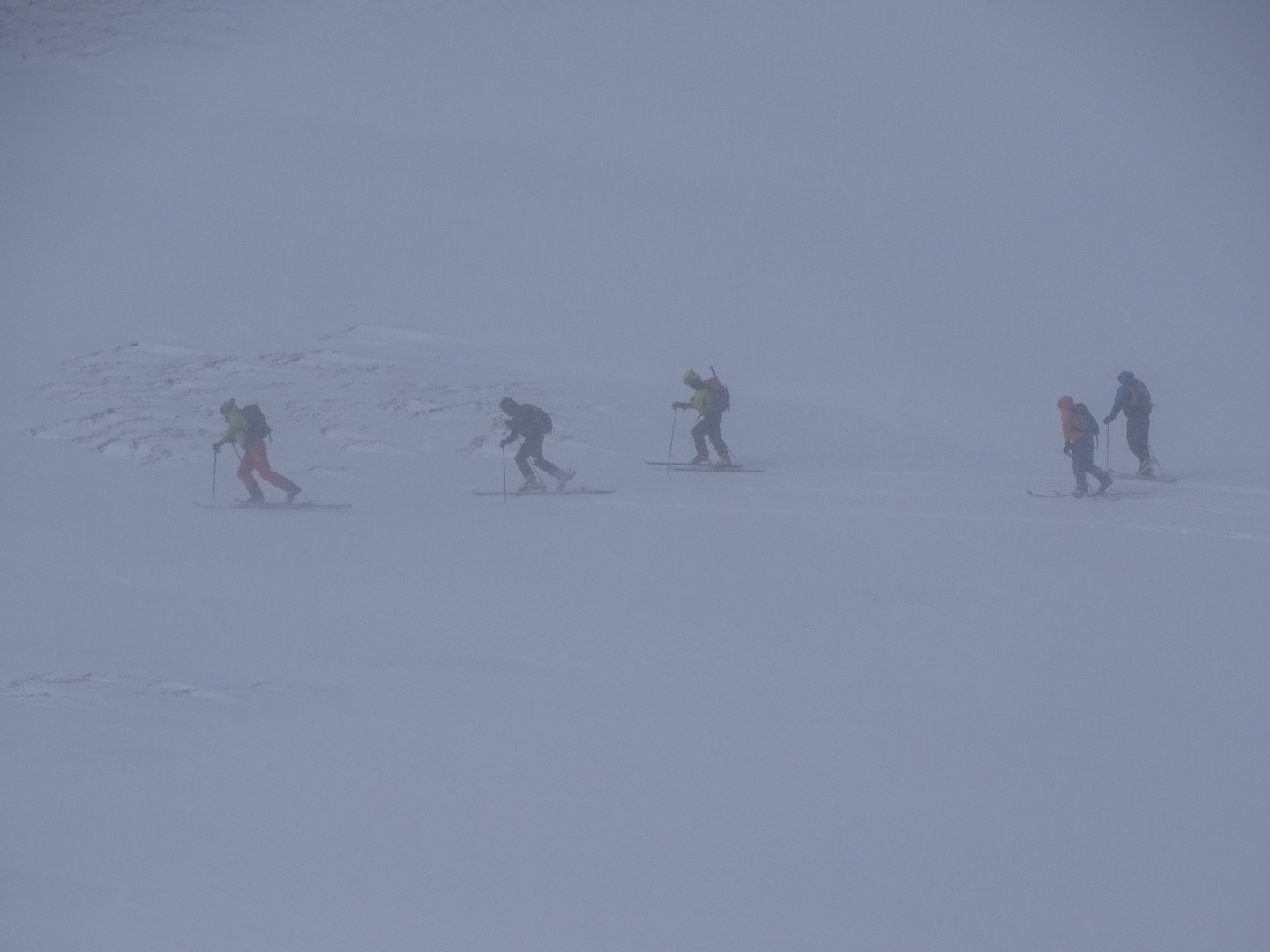 A team of ski tourers making good progress in the very strong winds and spindrift. 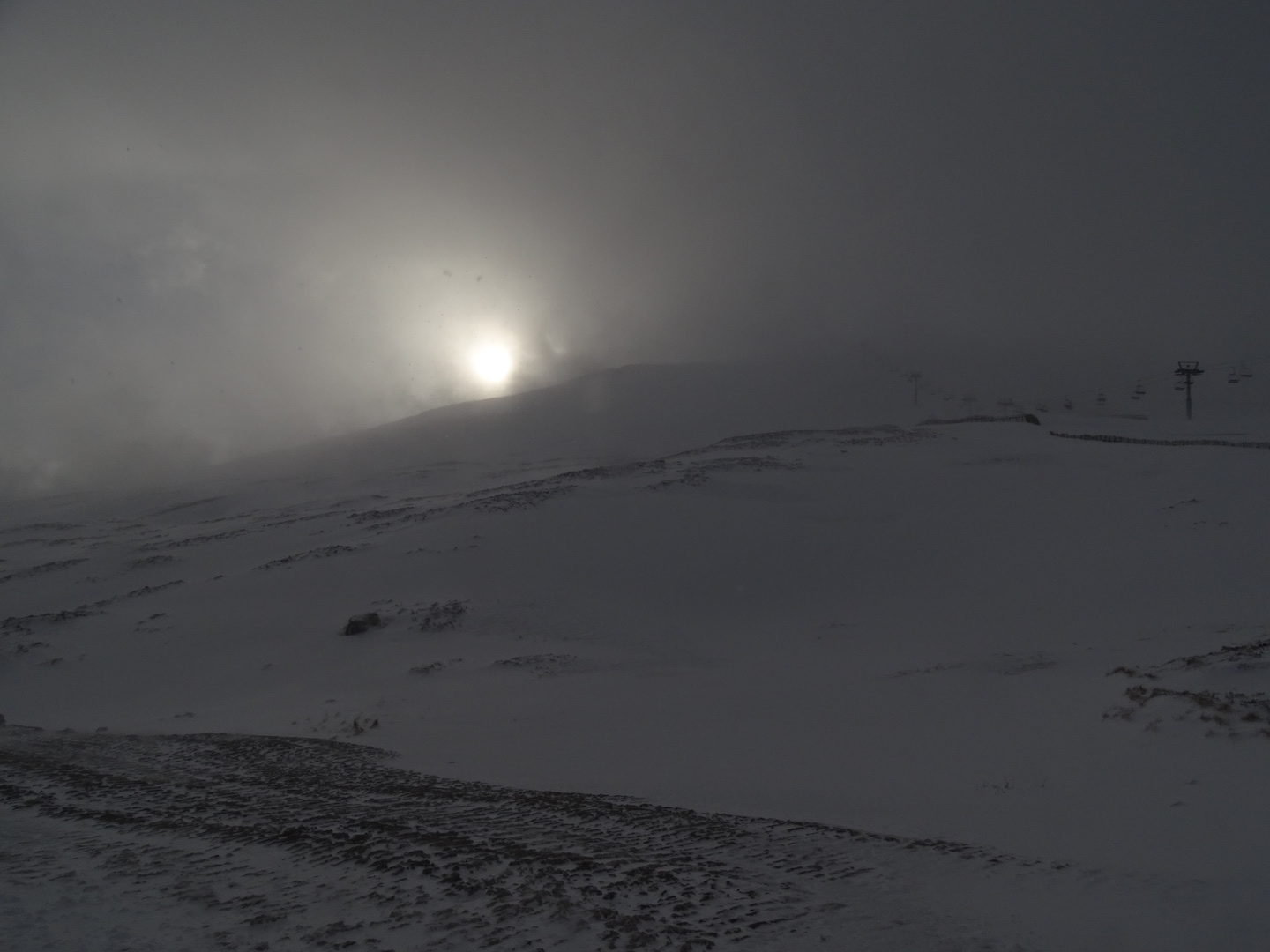 Stormy conditions on The Cairnwell with cloud and drifting snow obscuring the sun. 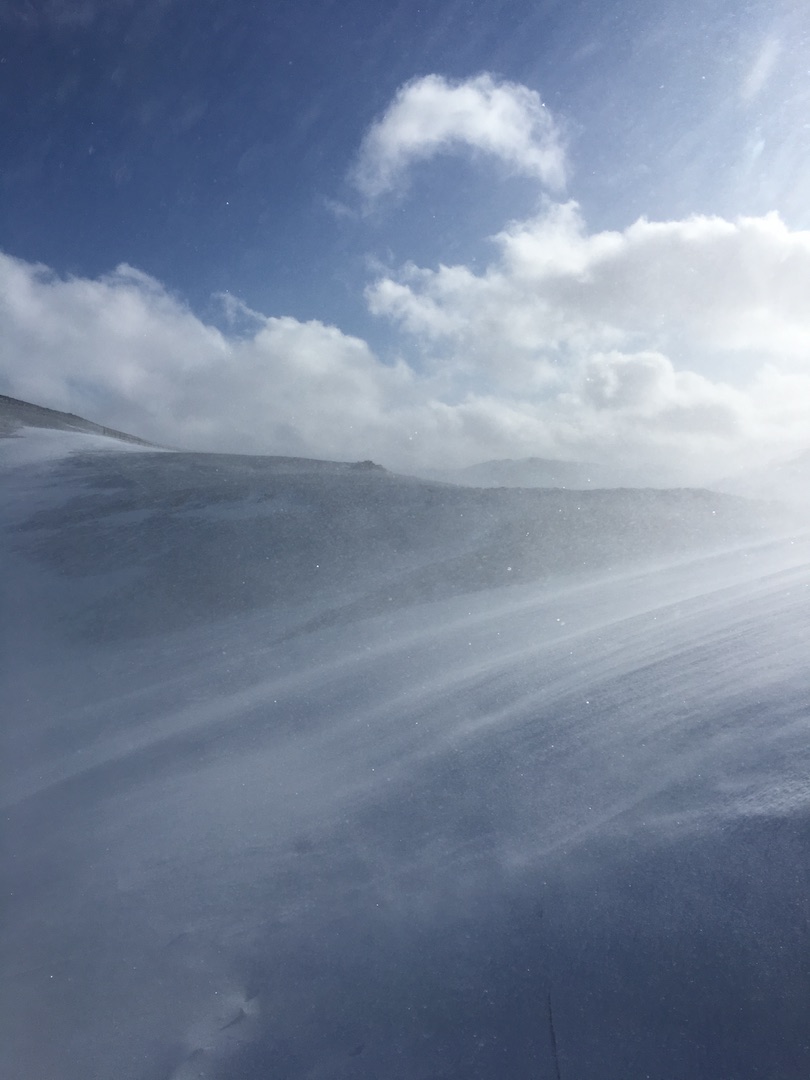 The transition from deep snow in the foreground to Neve in the middle of the shot and on to nearly bare ground occurred within metres today. Constant redistribution occurring in this shot. 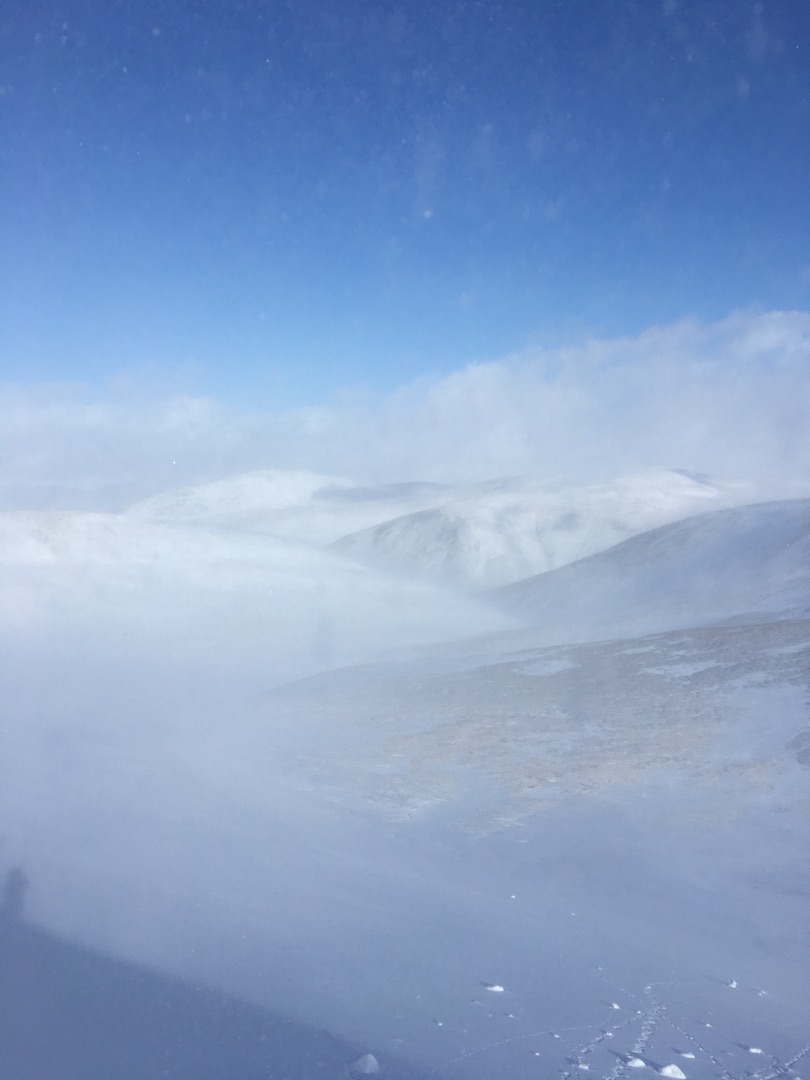 Spindrift on the lens. Brief break in the showers gave a view of the mixed cover.