I think that about sums it up – We’ve had significant amounts of precipitation through today and at most altitudes it wasn’t of the frozen kind that we like – Mostly it was in the liquid form that we don’t generally appreciate. All I can say is that the Scottish Skier is definitely the most committed, hardy skier in the world…. The wind was blowing so hard today that on one of the runs it was a challenge for the skiers that I watched to make downhill progress at the top of the run with freezing wet snow blowing straight into their faces. Apologies – my good camera was definitely not coming out of the rucksack today – so you’ve got a few iPhone shots. Note to self – ‘Must try harder’.

Well Sunday is going to be another challenging day with serious winds and snow showers throughout the day. The freezing level is lowering so we are expecting snow to fall nearly down to the glen. The snowfall is due to get a little heavier after midday, at the same point that the wind speed increases to 55 mph, gusting over 70 mph. A day for sound mountaineering decisions ….. 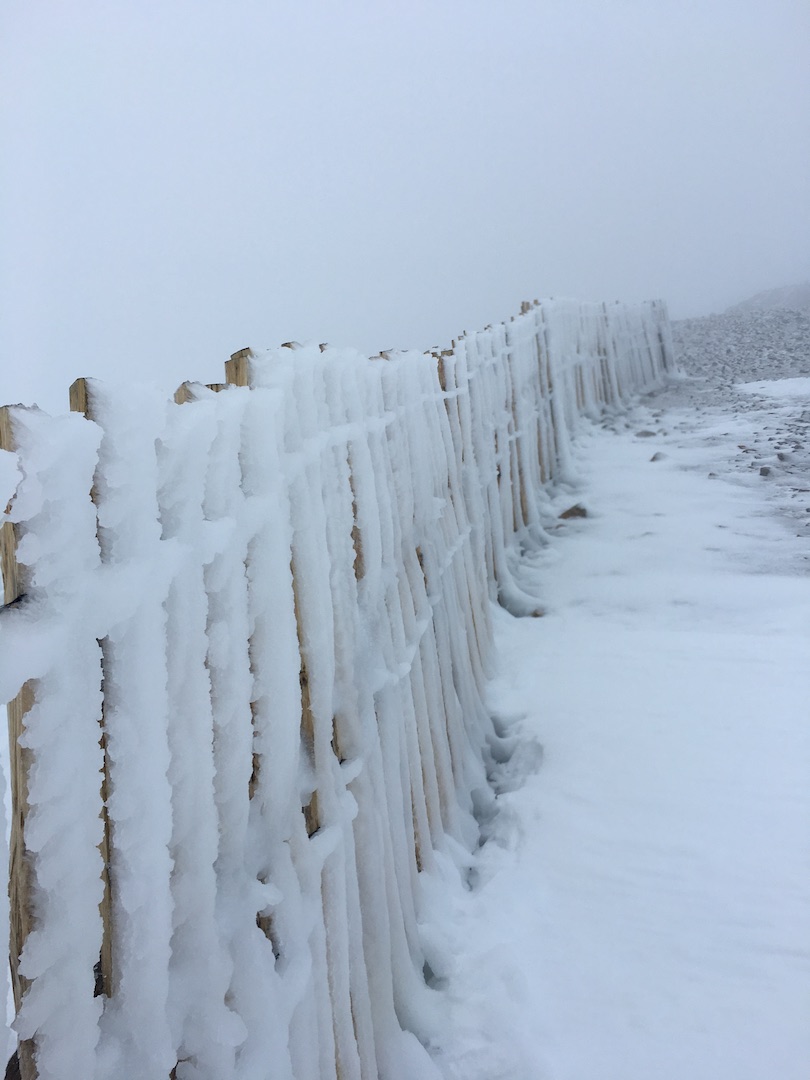 Rime forming on the ski fences above 850 metres. Scoured slopes above. 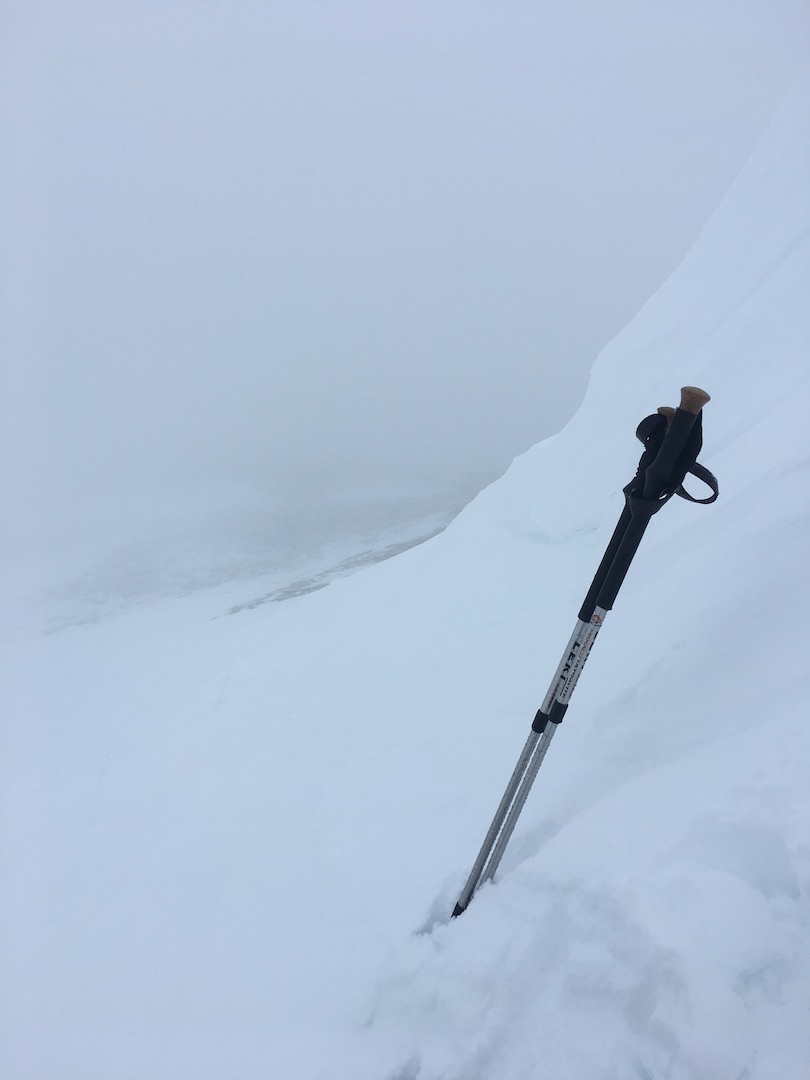 No visibility at 900m but plenty of deep drifts. 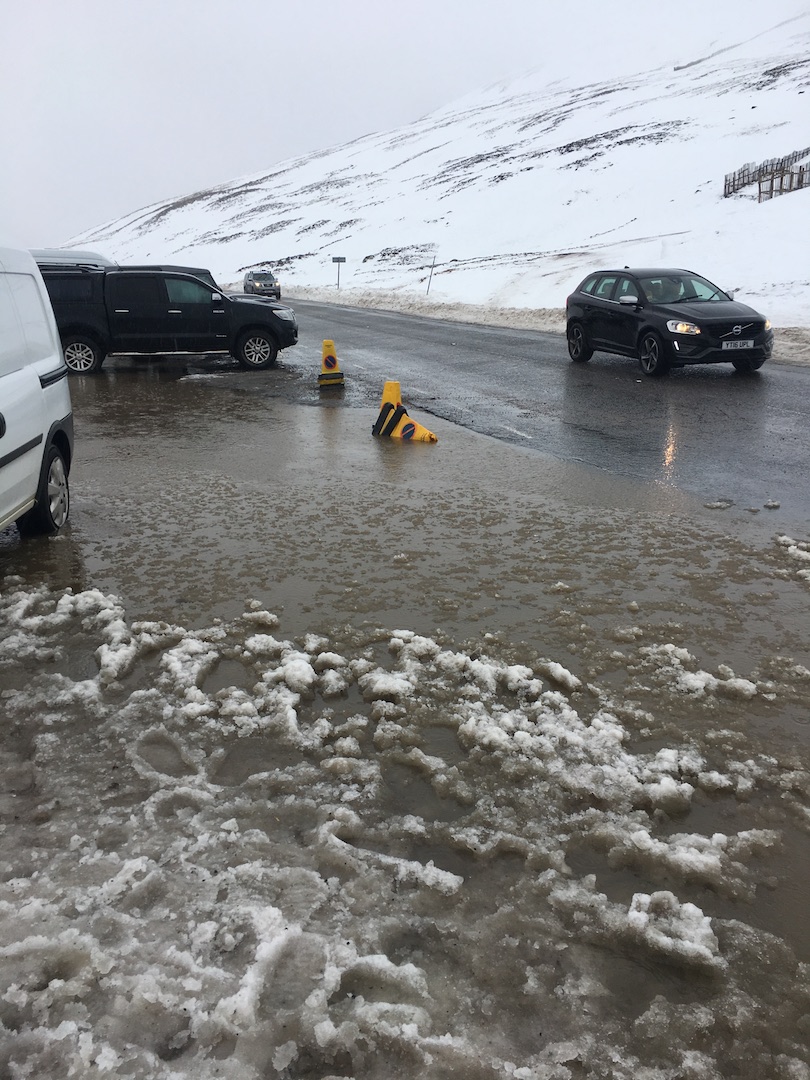