There was a vague rumour that the visibility might improve this afternoon so after heading up the Feindallacher Burn and across Carn an t-Sagairt Beag (1044m) to The Stuic (1092m) I decided to continue East to the top of the Lochnagar cliffs to see what the climbing conditions were like. Unfortunately the rumour wasn’t true and if anything it got cloudier in the afternoon. So apologies – there’s a bit of a monochrome theme running through today’s photos – I was pretty much in the cloud for most of the day.

Colder conditions have helped refreeze surface layers at altitude but a reliable source (Thanks Kenny!) informed us that the gearing up area at the bottom of Black Spout was ‘a bit of a swamp’…..so a bit more refreezing required for deeper deposits and very wet vegetation. Having said that Â – all the shallow snow that I encountered today was pretty firm and there’s ice between the boulders on Lochnagar summit area. However there is some annoying breakable crust around as well.

From below the cliffs look fairly black but as ever when viewed from above you can see all the snow sitting on the ledges and in the grooves and cracks. There’s definitely some fun to be had on the easier routes but the steeper walls have stripped back for the moment. Staying cool again tomorrow but no precipitation forecast – So we will have to wait a little bit longer for more of the white stuff… 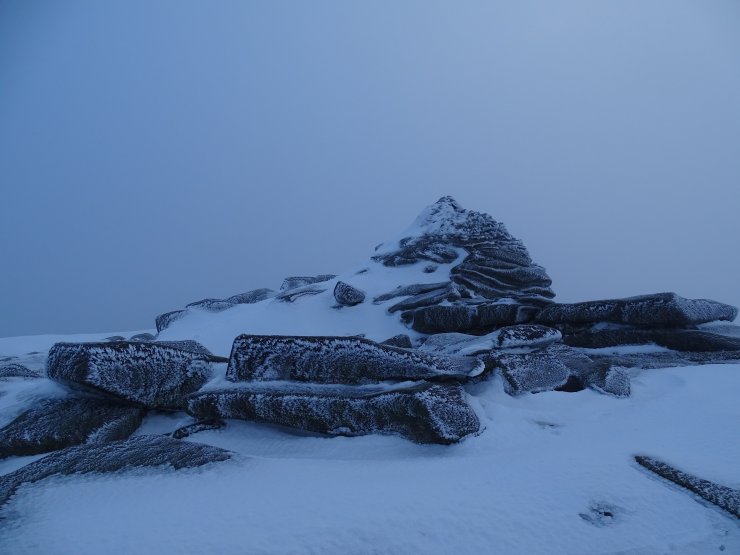 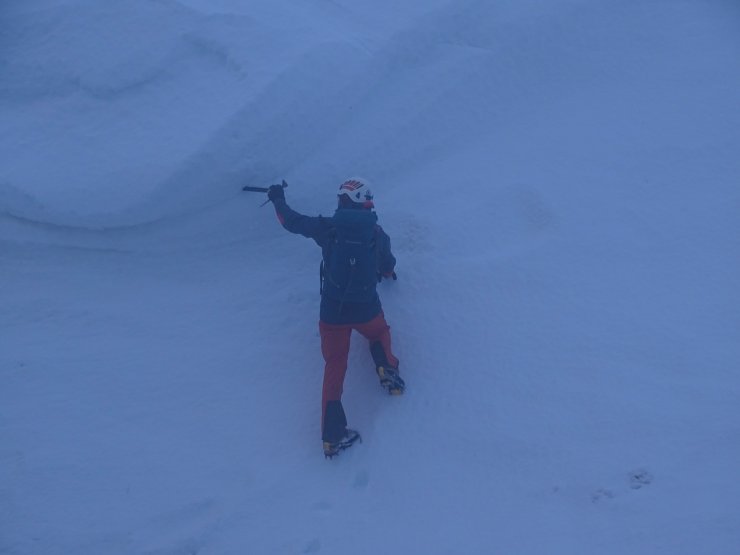 A climber right under the steep section on the left hand side of Black Spout RH. 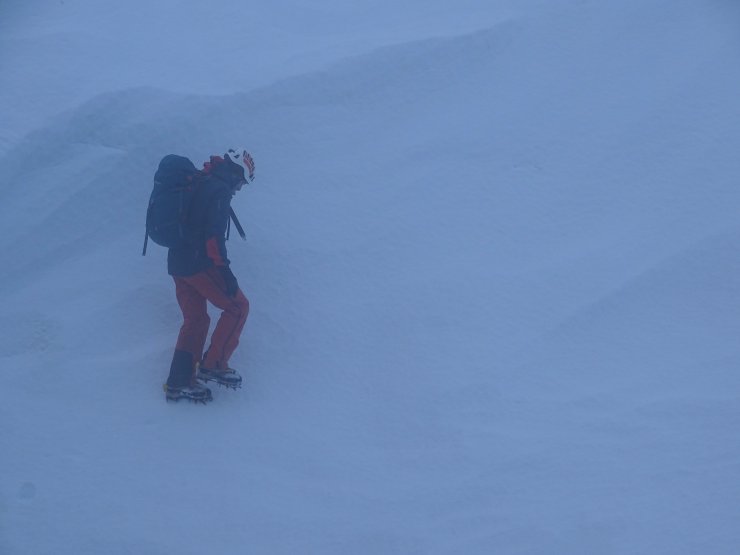 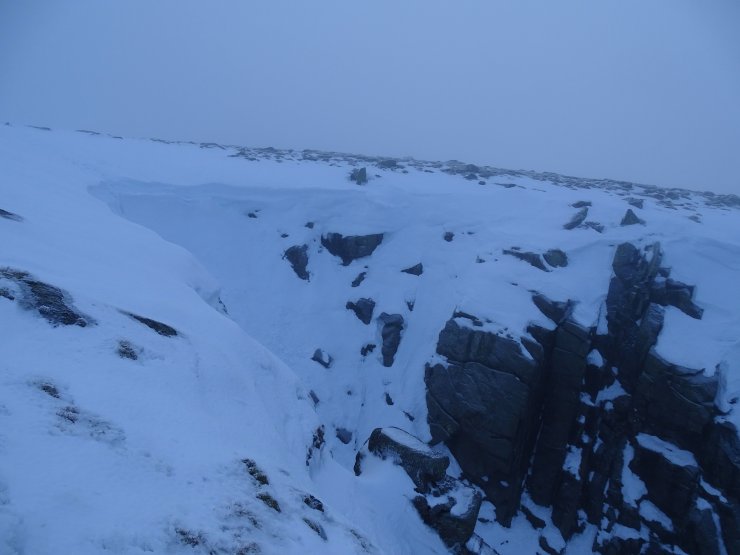 Black Spout LH finish received ascents when the snow was a bit softer – A line of steps seen going straight up the steep snow finish. 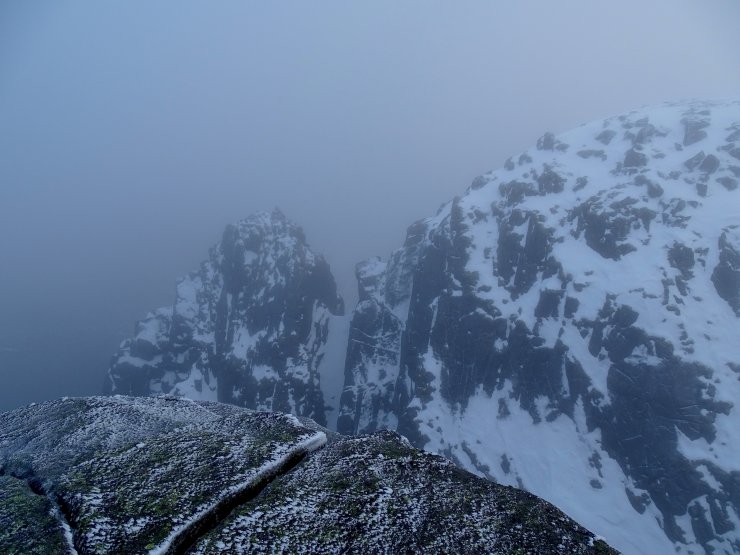 Steep walls are black with snow sitting on the ledges and in cracks and grooves. 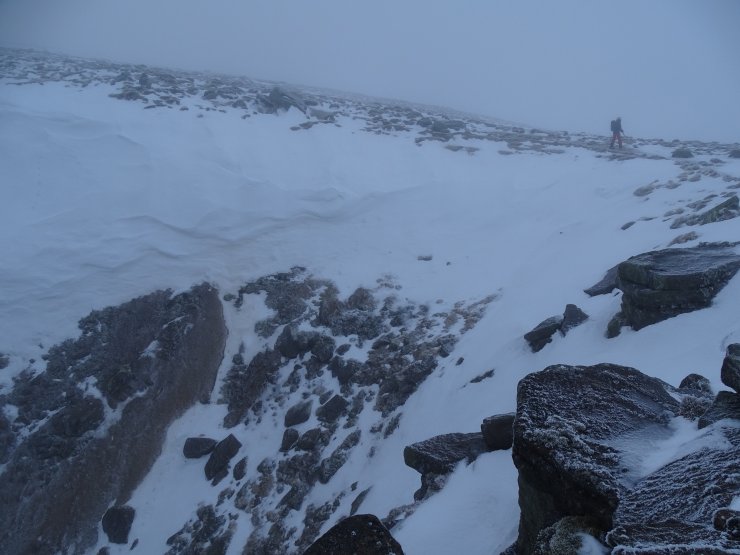 Thin conditions at the exit of Black Spout RH finish. 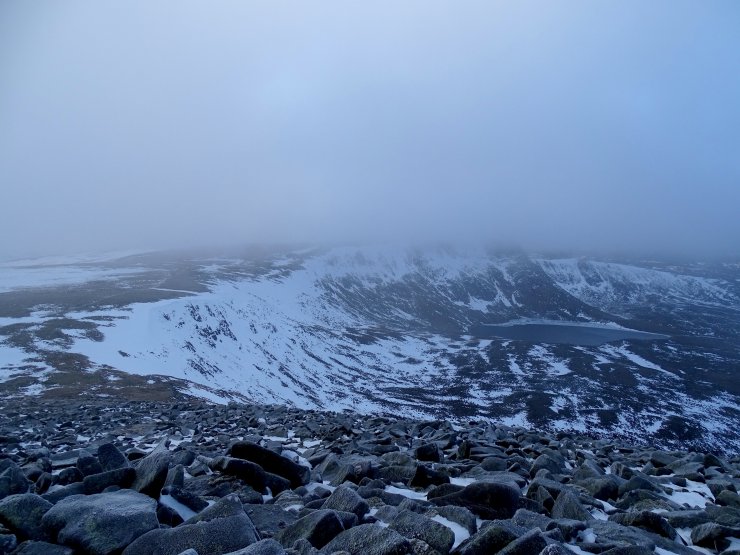 Typical conditions at 1000m. Looking West from Lochnagar to The Stuic. 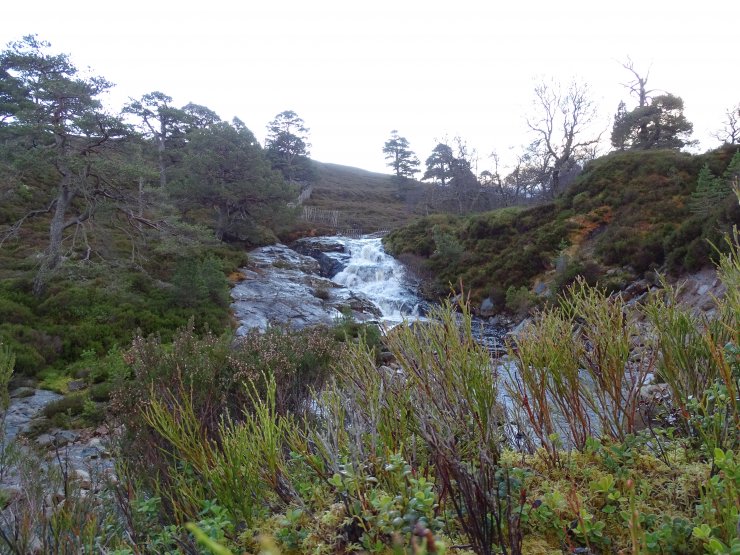 Feindallacher Burn running at a lower level than recently.