If you’ve got it – Flaunt it. Â Â If you haven’t – Fake it! Â There was only a trace of new snow on Glas Maol today so I went in search of more at the Glenshee Ski Centre, where they are working hard to provide more of the White Stuff. 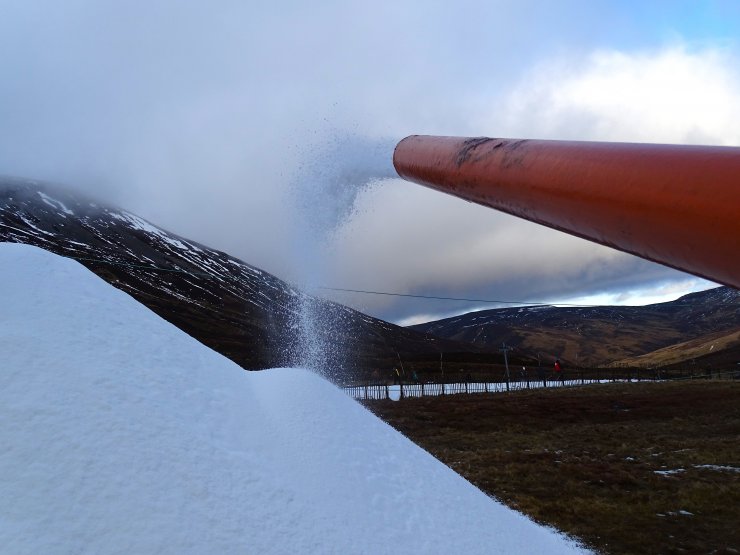 Faking it! Thousands of snow pellets blasting onto the slopes at Glenshee Ski Centre. 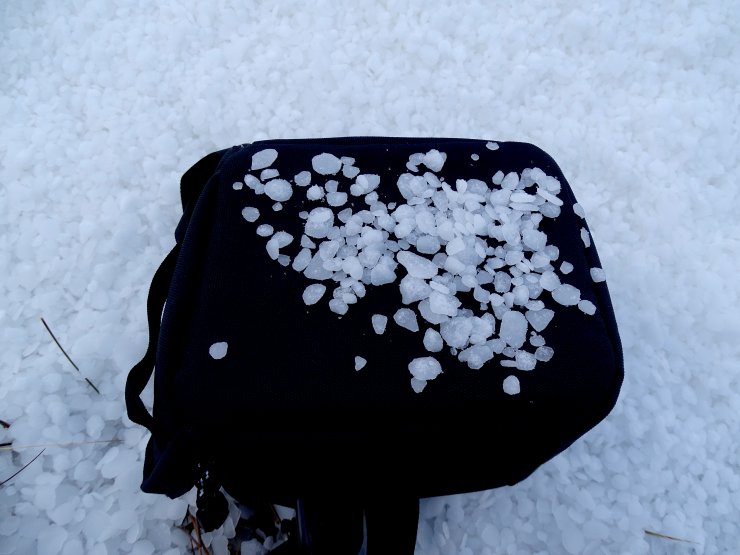 Ice pellets from the snow factory: It’s a bit like stuffing your hand into a massive cold bean bag! 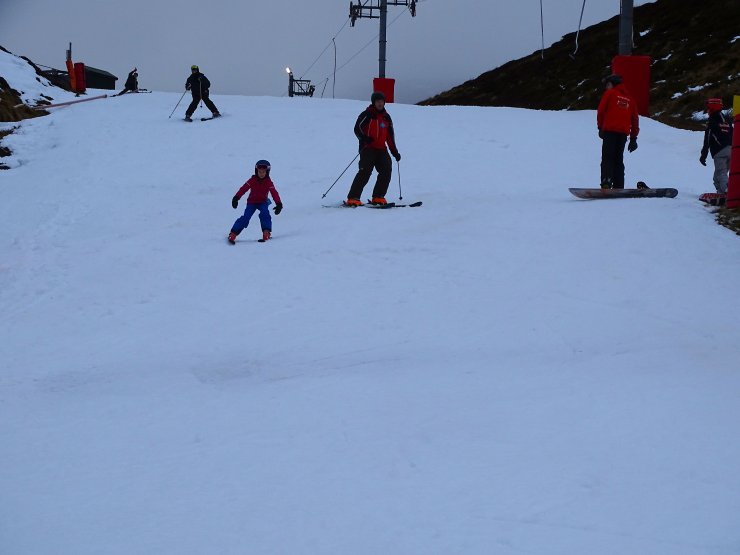 Everyone seemed to be enjoying themselves. When groomed by several tonnes of piste machine the ice pellets break down into finer shards.

Underfoot conditions were slightly softer today with the freezing level sitting around 900m. There was a lot more breakable crust at lower levels but above 900m the slopes remained firm. Once again I was working in the white room today with limited visibility at times, so thanks to Kenny from BMRT for the photo below. Just a trace of new snow forecast for tomorrow, so not much change expected. 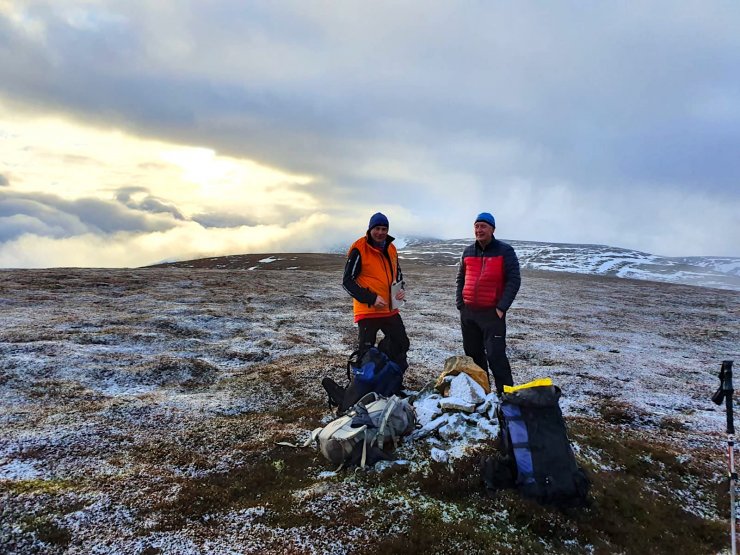 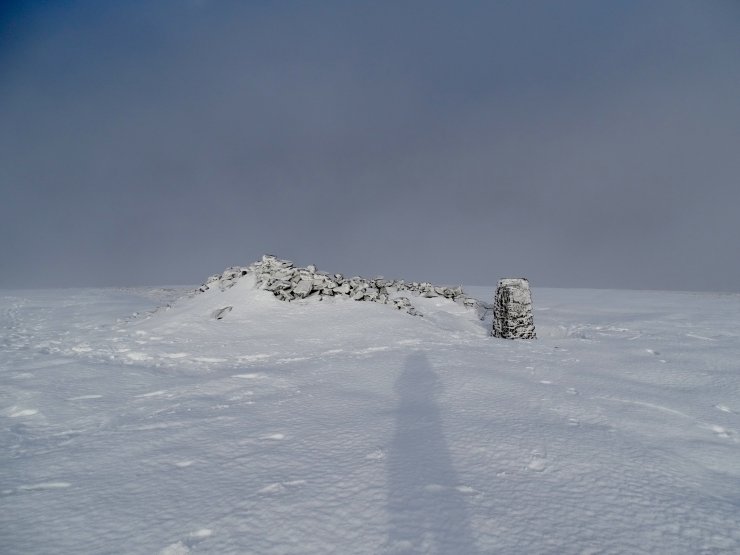 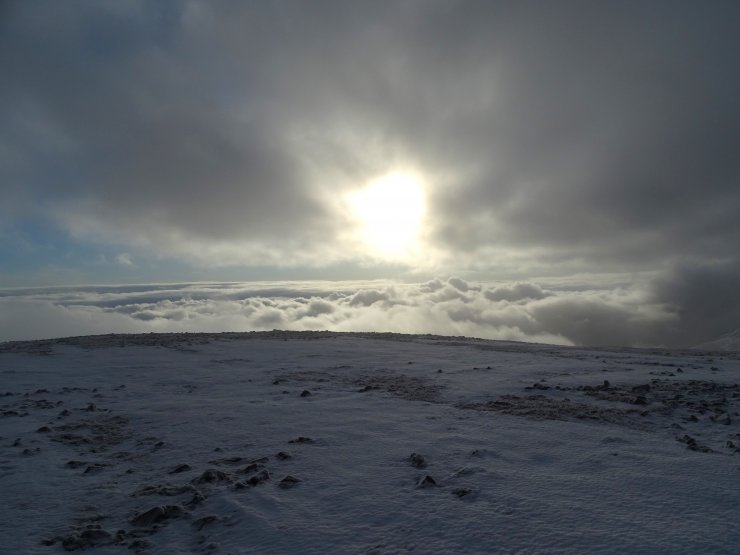 The sun breaking through the double cloud layer on Glas Maol.