Frequent but short lived snow showers were being pushed through fairly rapidly on the very strong generally Westerly winds that were packing in some powerful gusts at times… The volume of new snow is insignificant with just a few centimetres accumulating. A 600m freezing level tonight so the old snow patches will be firm by the morning but with the freezing level set to rise over the summits on Tuesday there will be a return to thaw conditions. 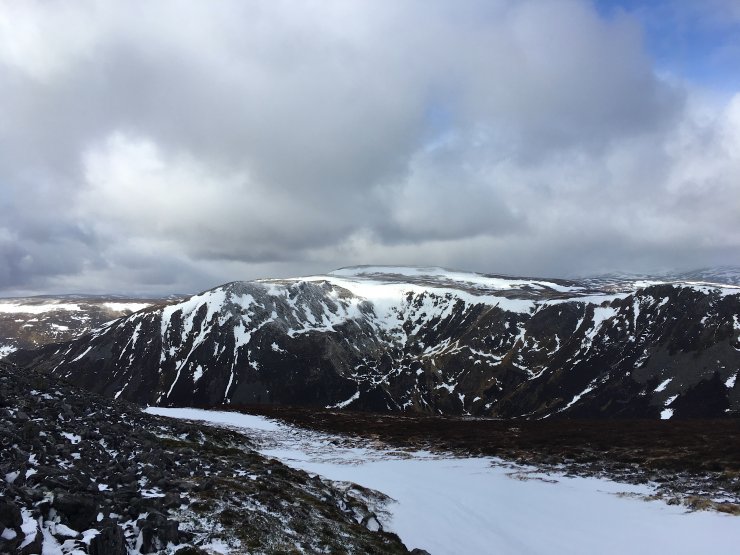 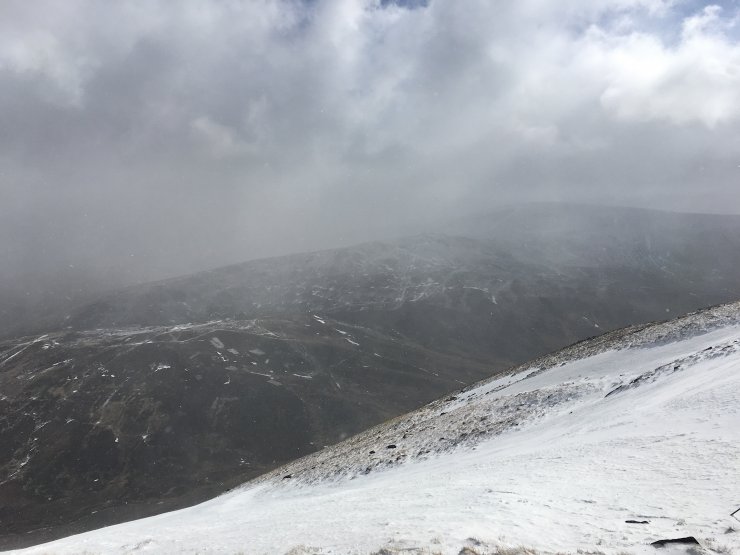 Cloud lowering during a light snow shower. Looking from The Cairnwell (933m) to Glas Maol (1068m) with Meall Odhar (922m) in front. 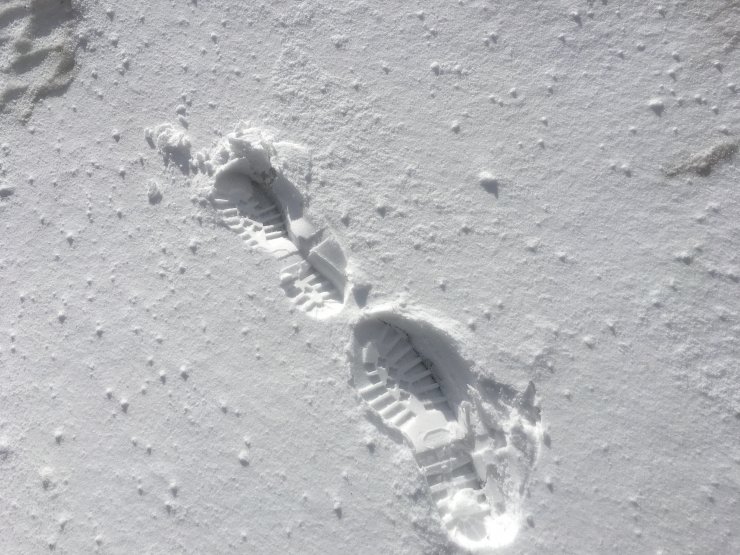 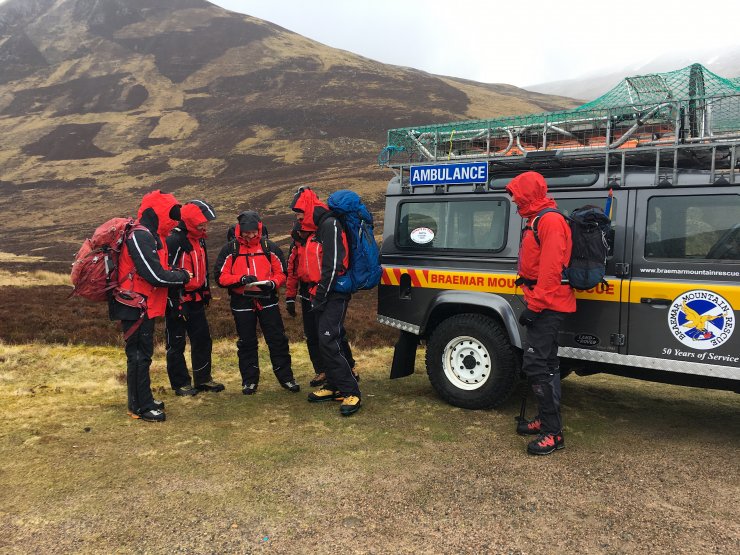 BMRT taking advantage of the murky conditions to do a navigation training exercise: As with any skill practise makes perfect…