Just a trace of new snow today from the intermittent light snow showers. Old snow patches continue to diminish however the temperatures will be cooler for the next 24 hour period with the freezing level momentarily dropping to 300 metres around daybreak tomorrow. Looking unsettled for the next 48 hours with fluctuating freezing levels and various fronts pushing through. No definitive indication of any significant snowfall although some long range forecasts are now indicating that the second half of January will be cooler…. Not getting excited just yet though. 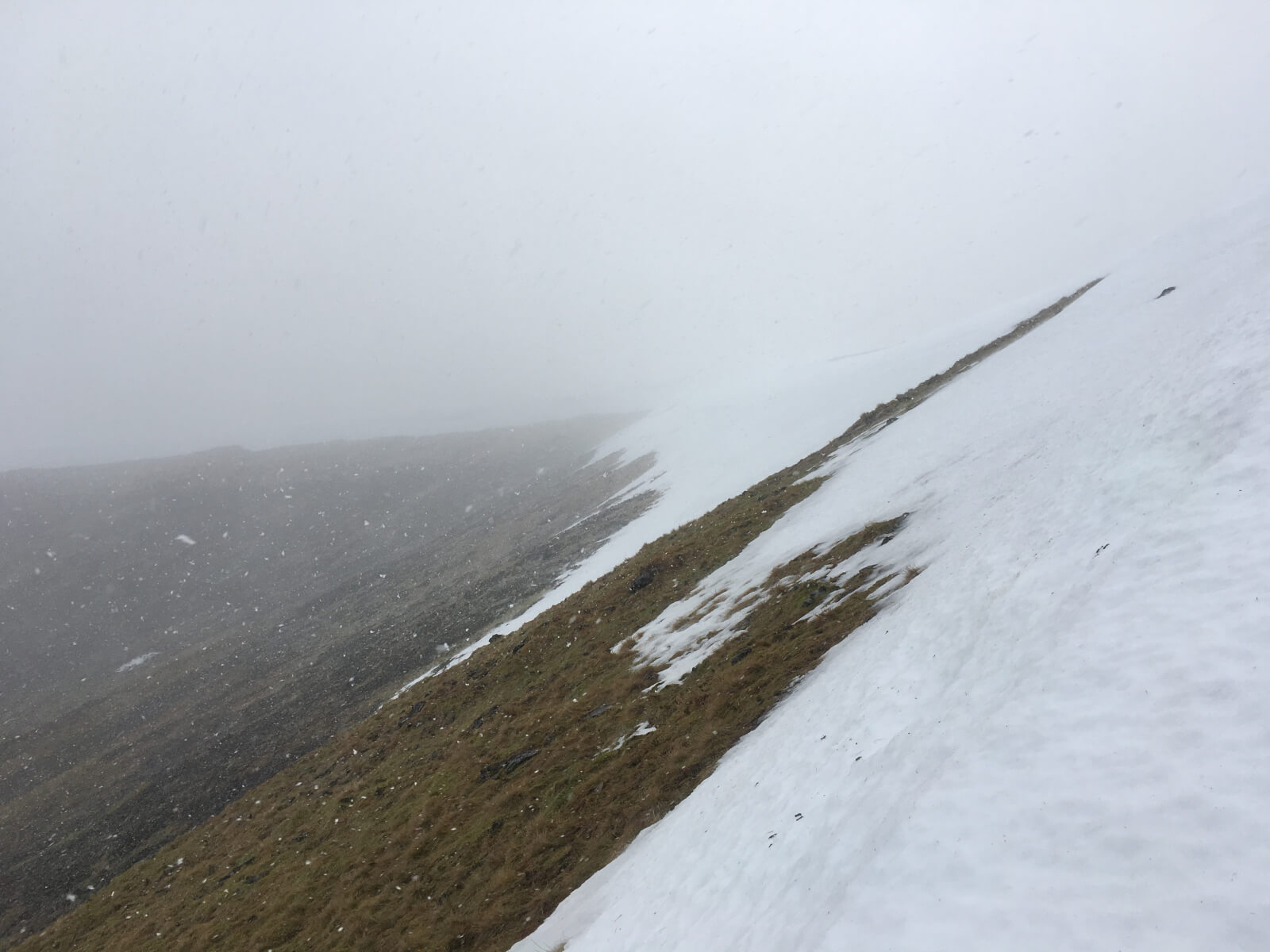 Variable cloud base lowered during showers to give grey skies and poor visibility. 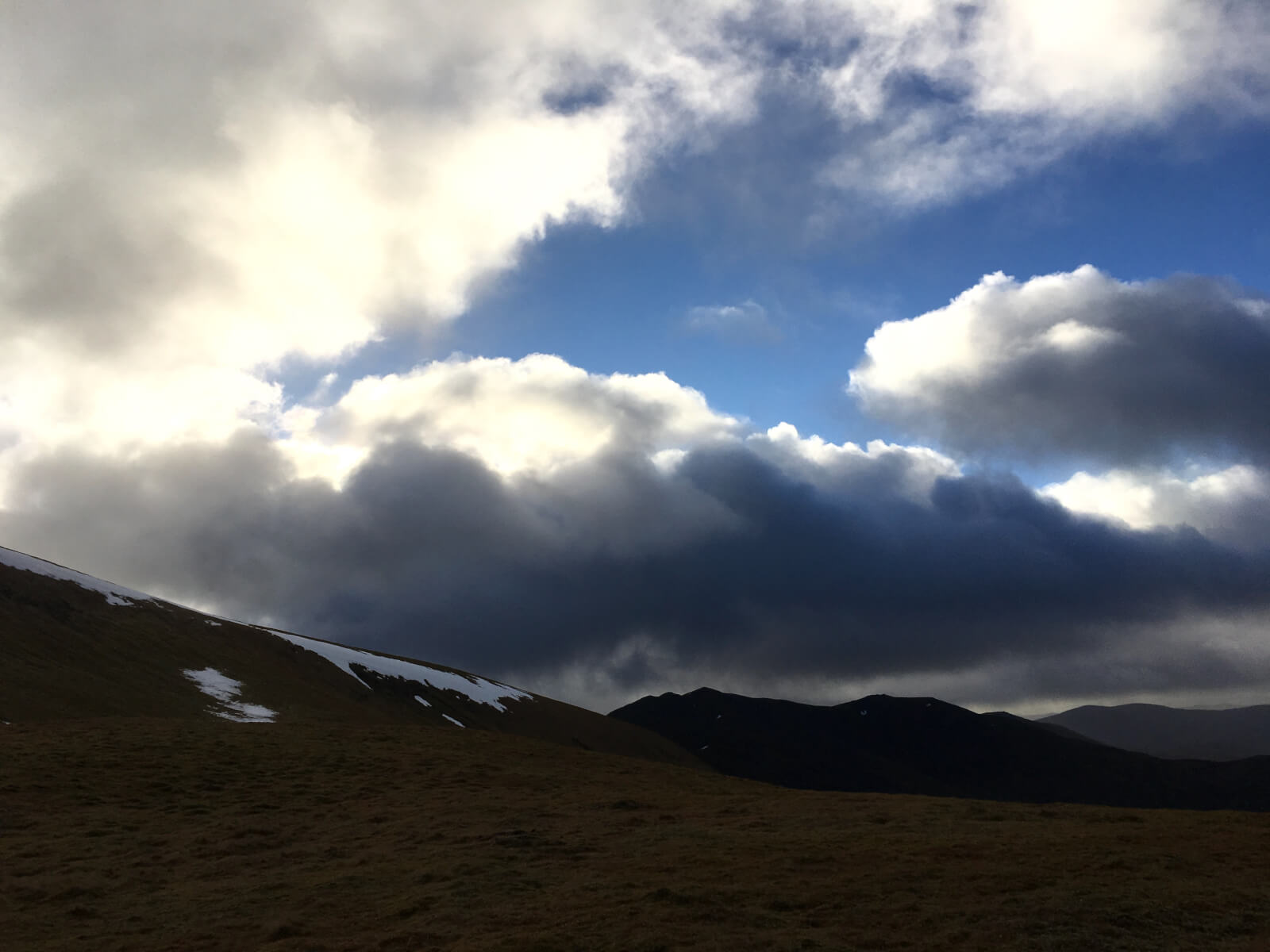 Moments later the cloud pushed through with blue sky and sunshine… 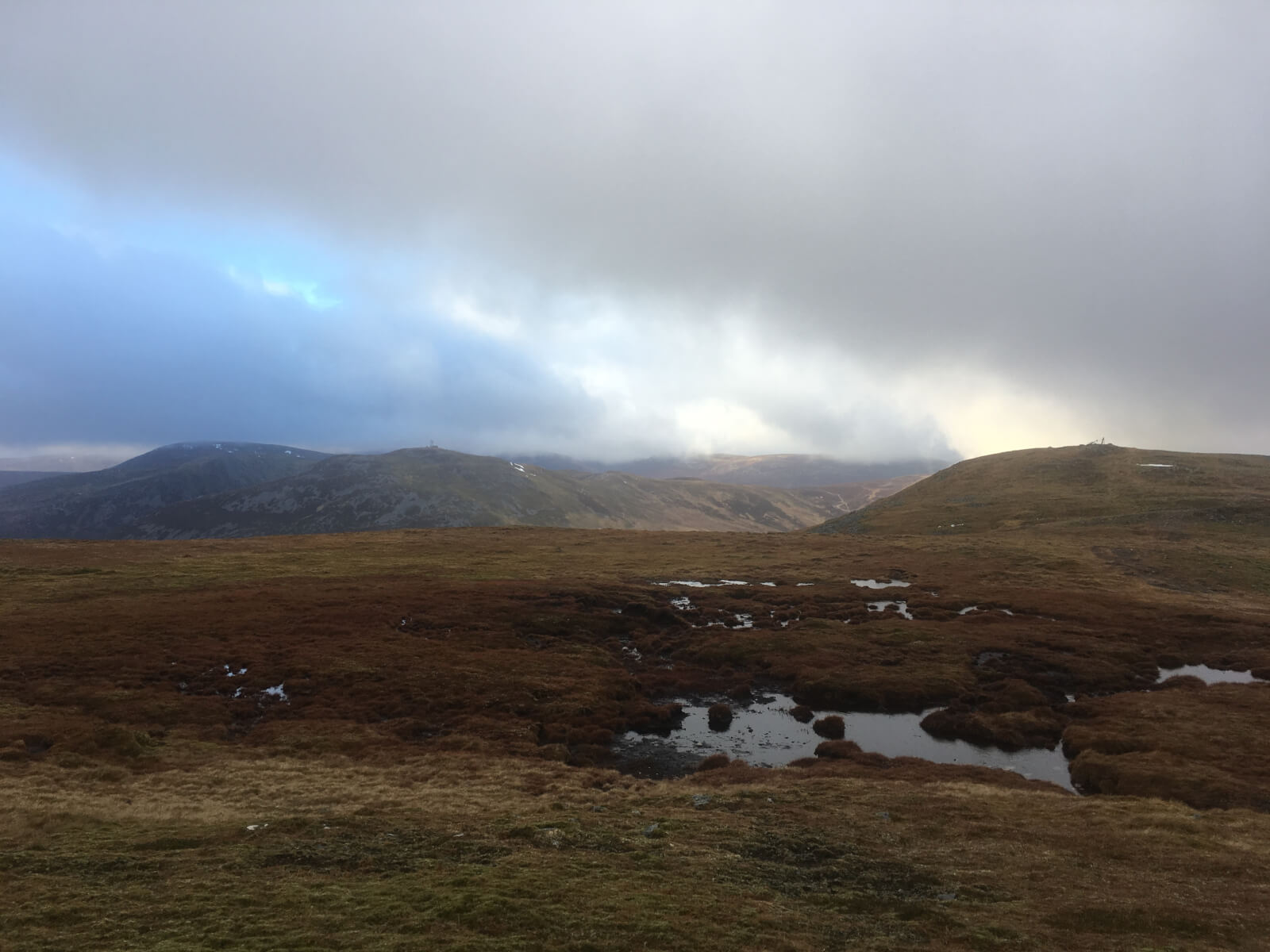 Another shower pushing in from the North-West (RHS of photo)…