Hmm – I suspect that there might be an abundance of ski notes being handed into various school and work offices tomorrow – following the ‘sore throat’, ‘cold’, ‘bad stomach’ phones calls the receptionists will have received this morning when everyone realised just how stunning the day was going to be… Glenshee Ski Centre carpark was full. Very little queuing and superb snow conditions meant that everyone was really enjoying themselves – This will be one of those long remembered Scottish ski days.

The ski tourers were out in force as well with lots of cars in the Sean Spittal carpark (The ‘Hole in the Wall’ carpark entrance, 500m up the hill, is still blocked by at least a couple of feet of solid snow!) Â If you were going to pull a sickie (or take an official holiday!) today was the day to do it – The winds eased back to less than 10mph and the sun was shining down – but it is the snow conditions that everyone was out there for – absolutely superb (if you manage to avoid the scoured icy bits!)

All change tomorrow as a front pushes in from the West, with milder, windier conditions forecast. 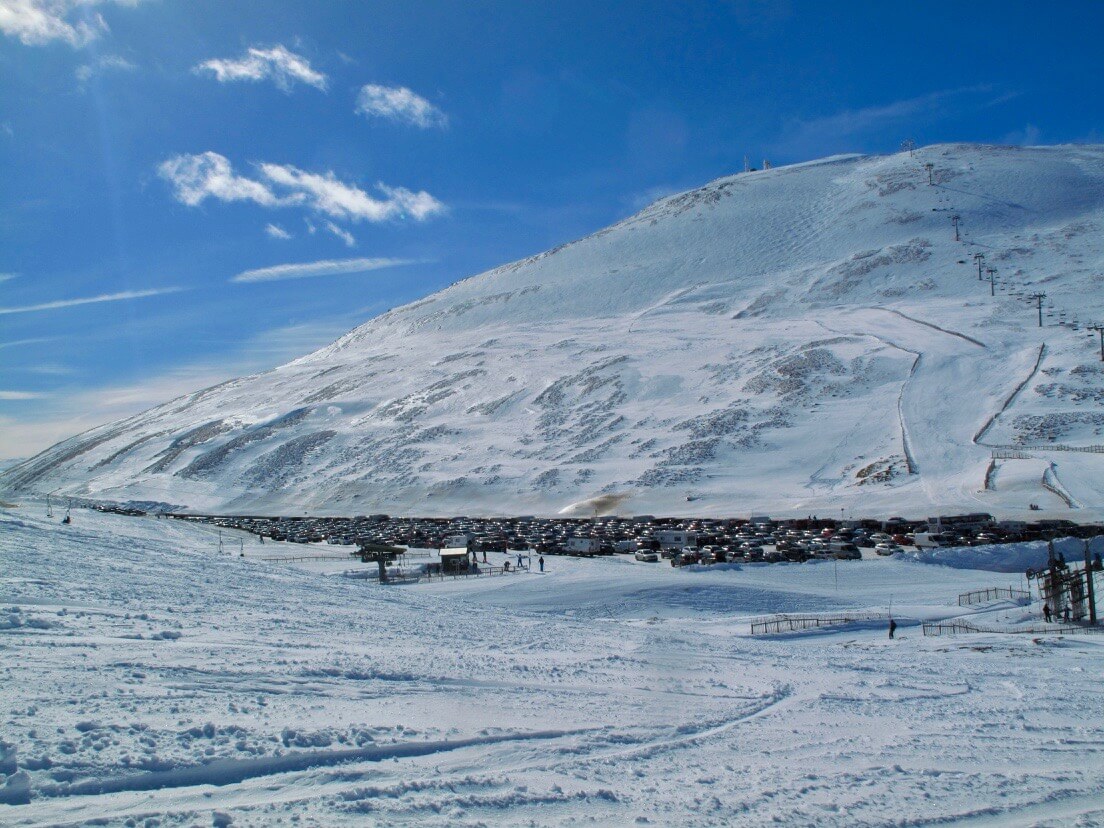 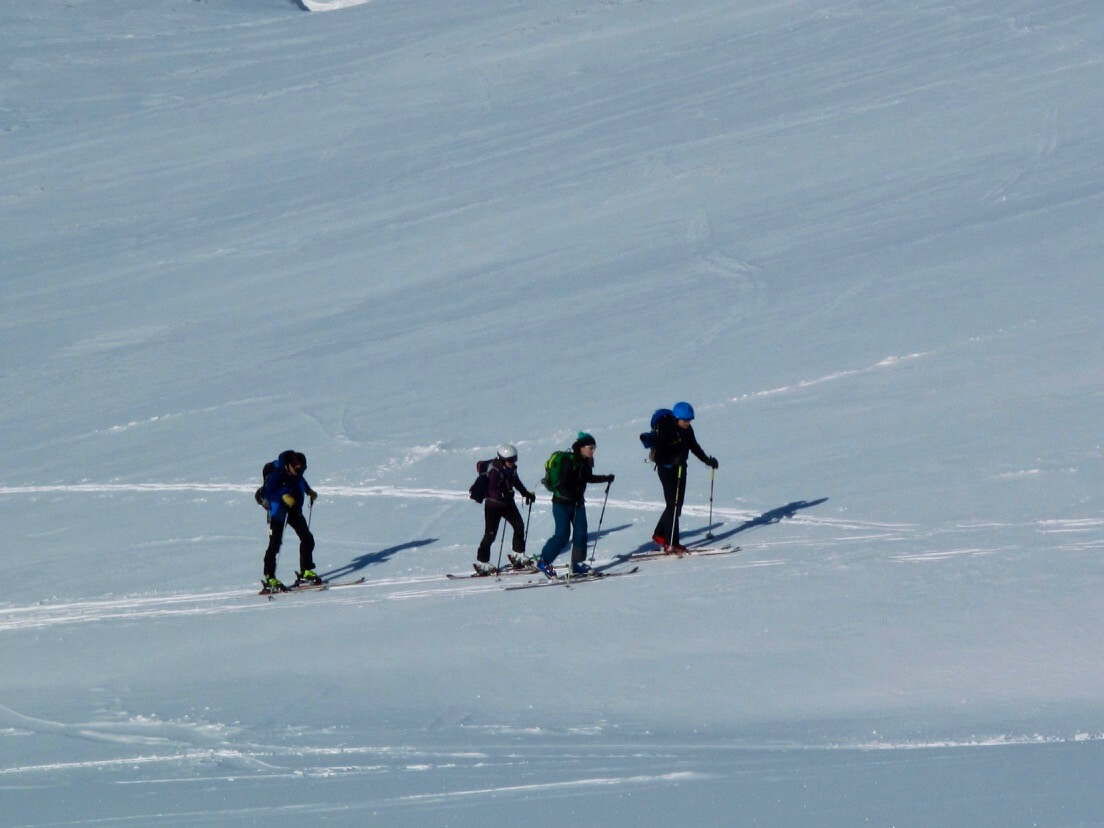 Lots of ski mountaineers out enjoying the superb weather and snow. 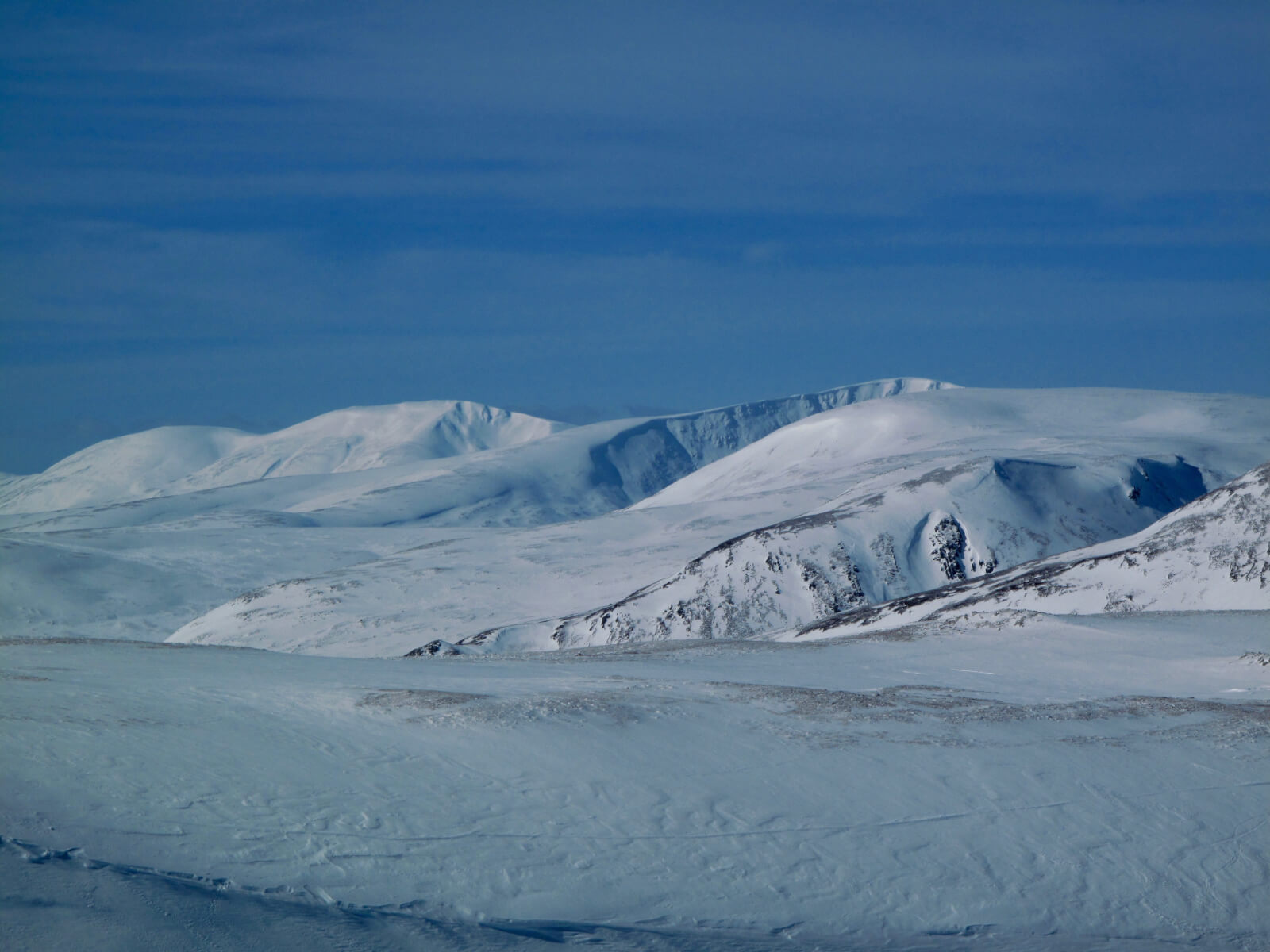 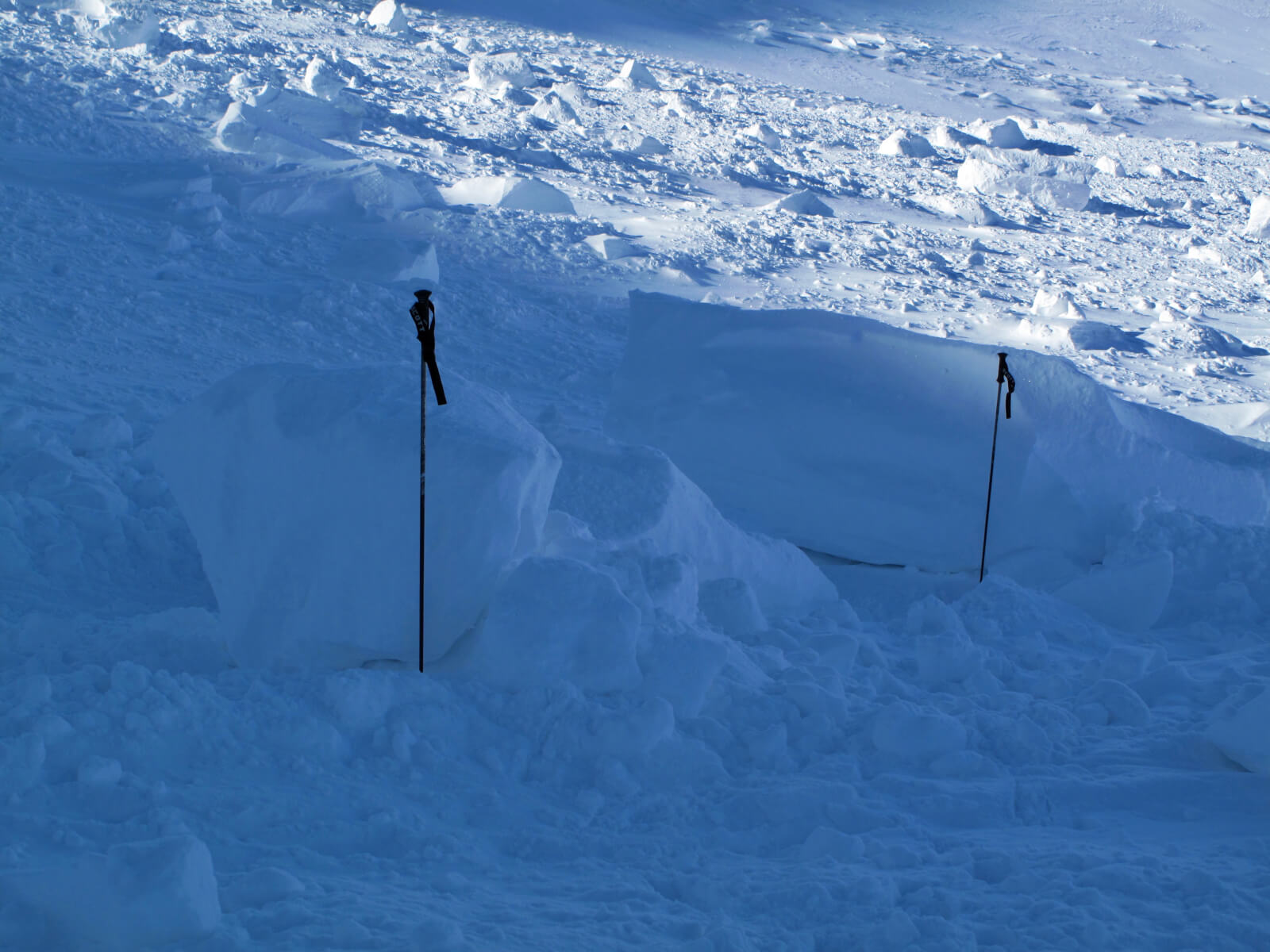 Debris from the most recent collapse in Coire Fionn. 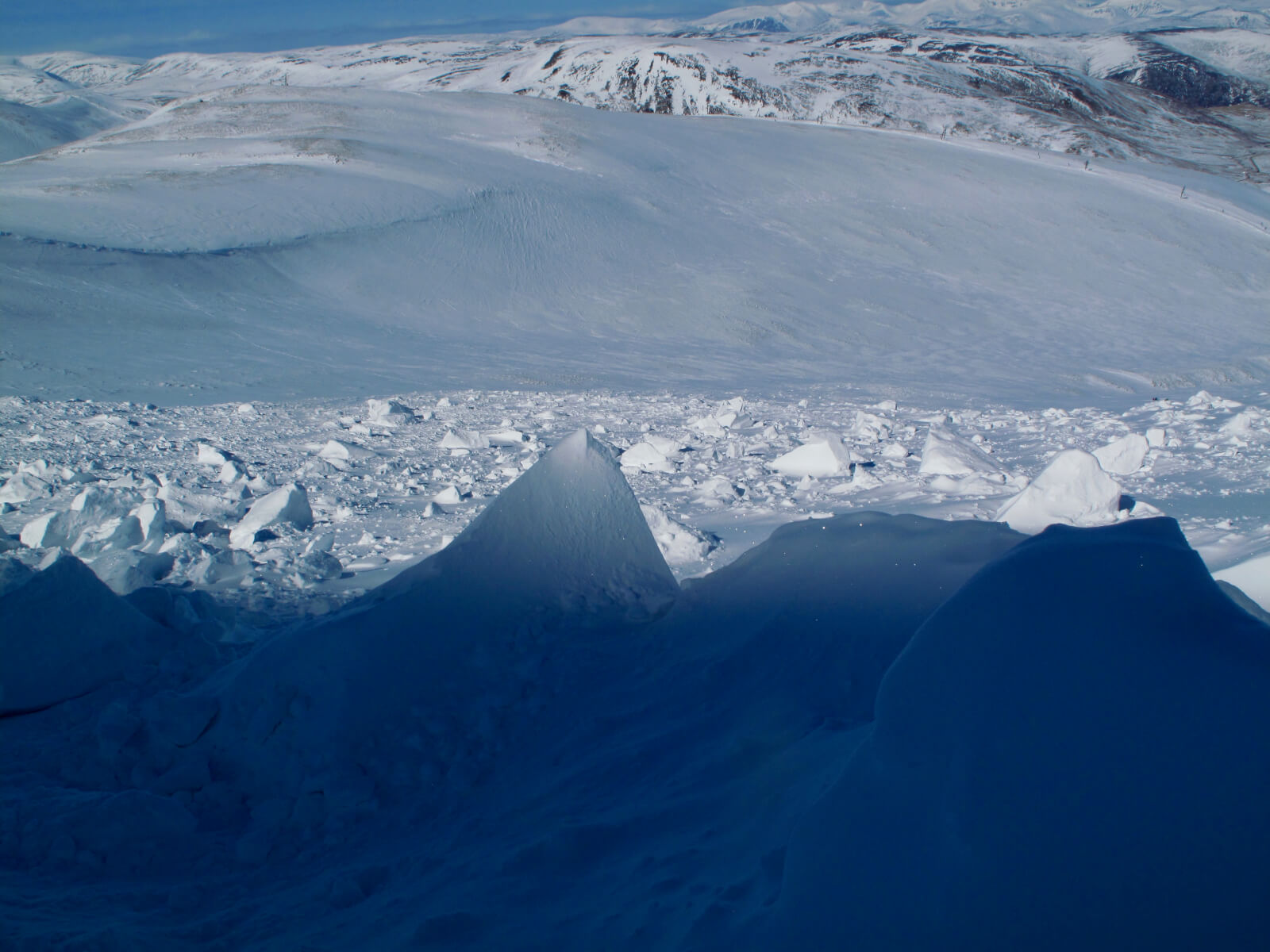 Coire Fionn again! Cornice triggered debris from during the last period of snow and heavy drifting. 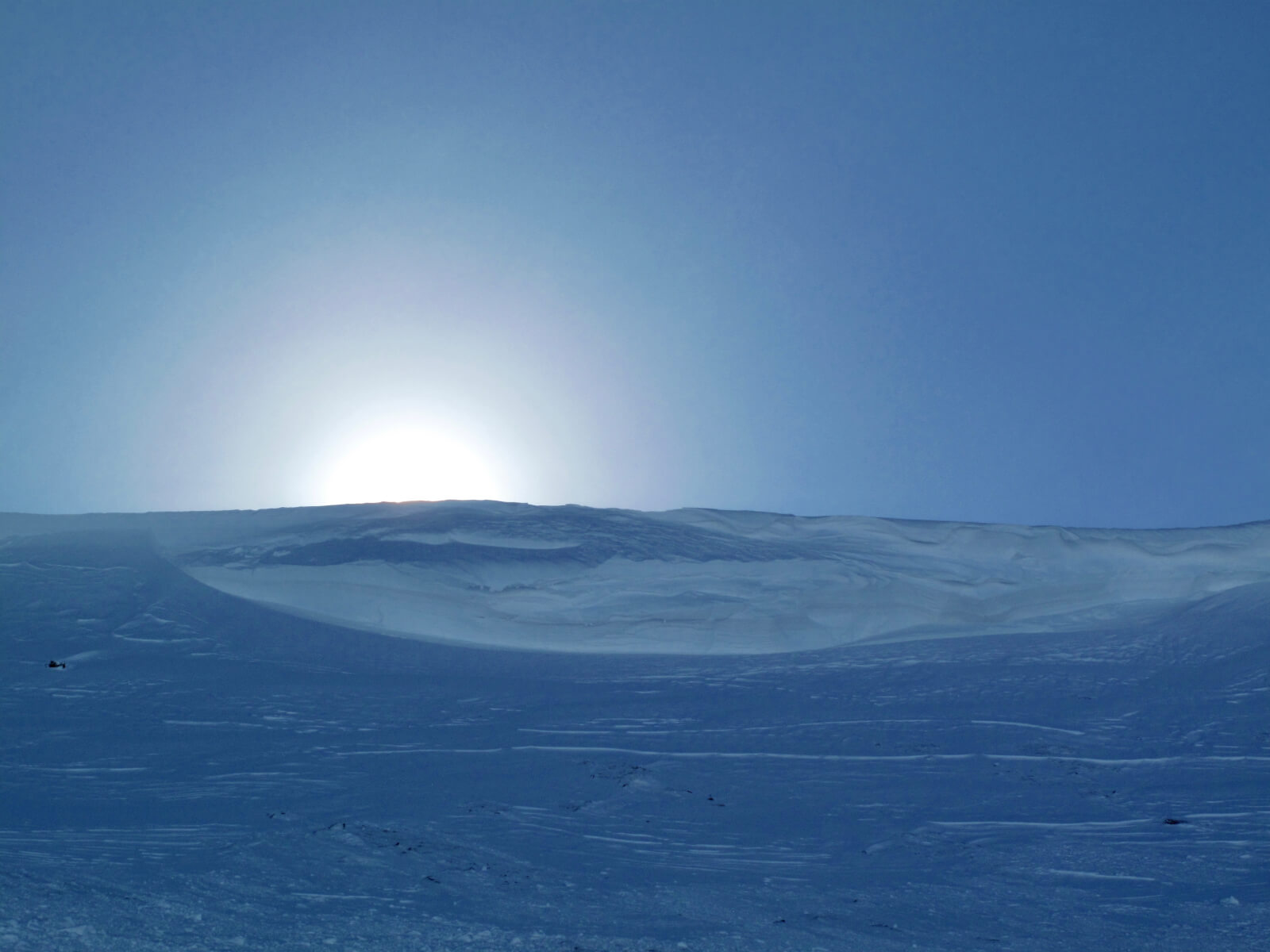 Very large cornice in Coire Fionn – sorry nobody wanted to go underneath it to give it perspective – funny that! 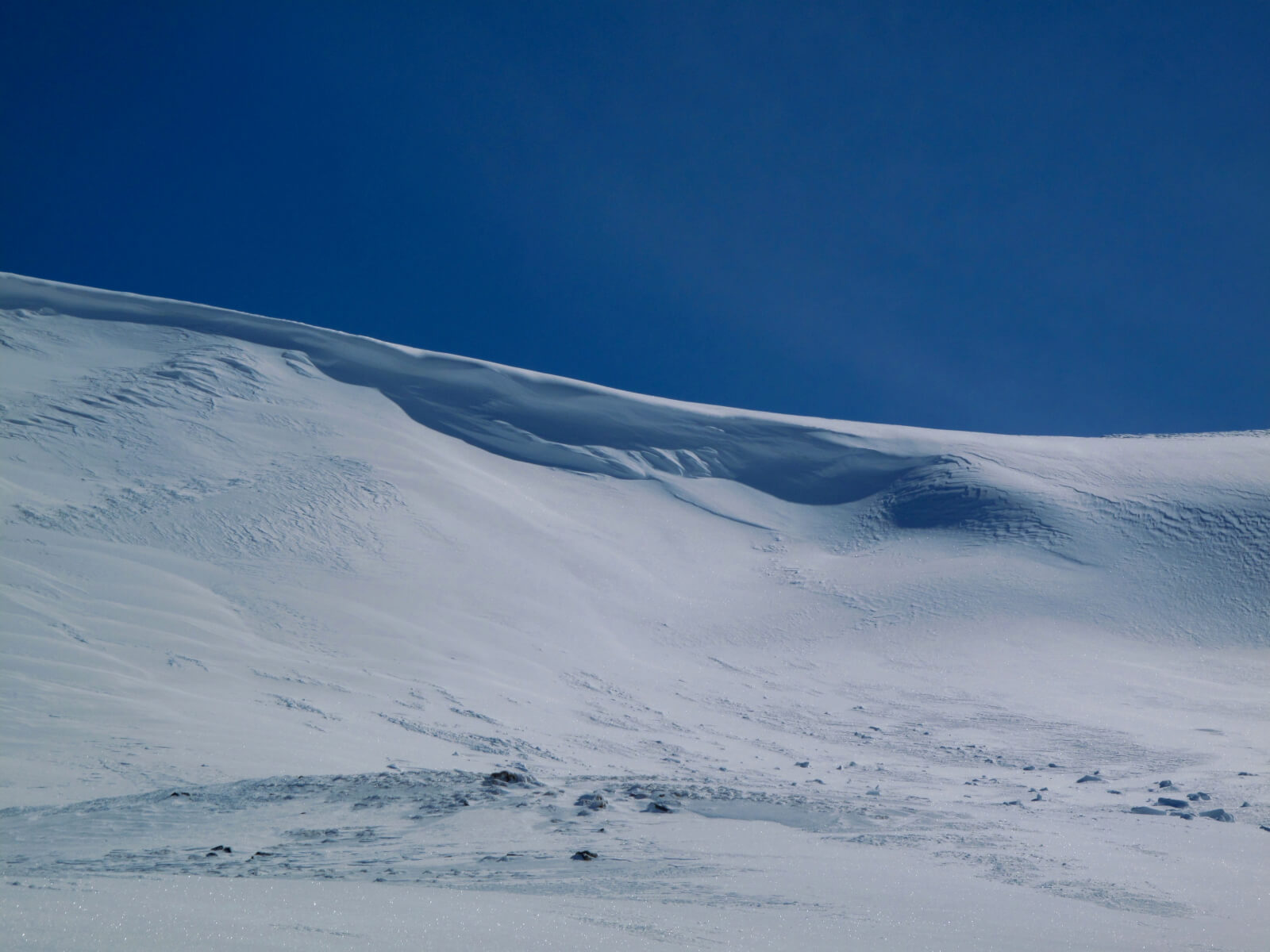