It was a beautiful blue sky day with only light winds – Not surprising that the area was busy with lots of people out enjoying themselves.

The snow is nowÂ much easier to travel on with a mostly strong crust, only becoming breakable at lower elevations and in areas where the cover is thin and broken. Generally cover is good above 8oo metres, however West aspects tend to have more thin and broken cover on them.

Its staying cold again tomorrow but a lot more cloud and stronger winds have been forecast, so it’s unlikely to be as stunning as today. 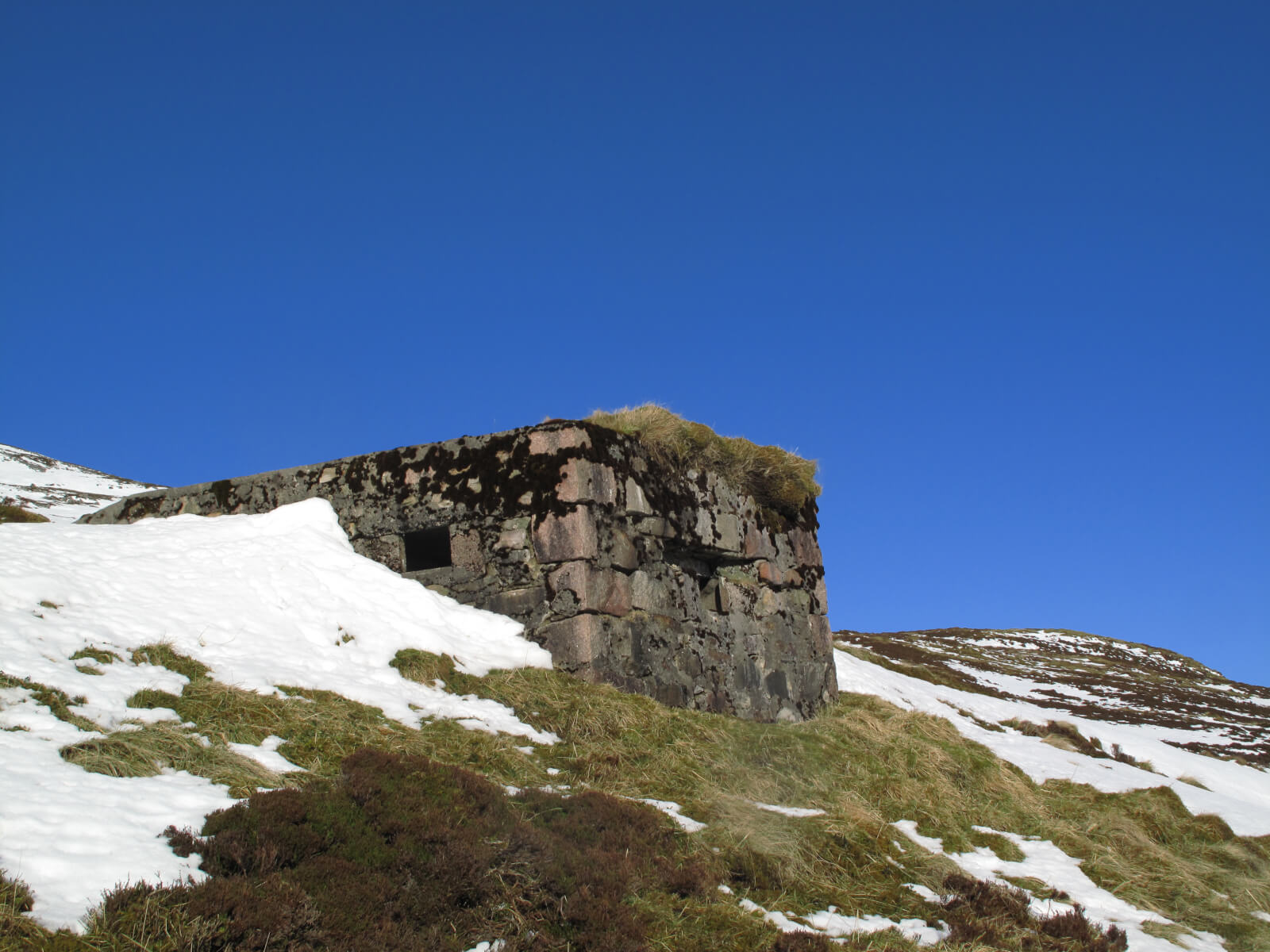 The pillbox on the old military road above the A93: Part of the Cowie Line, a WWII defensive stop line, which ran westwards from Stonehaven. Had a living roof before they became trendy! 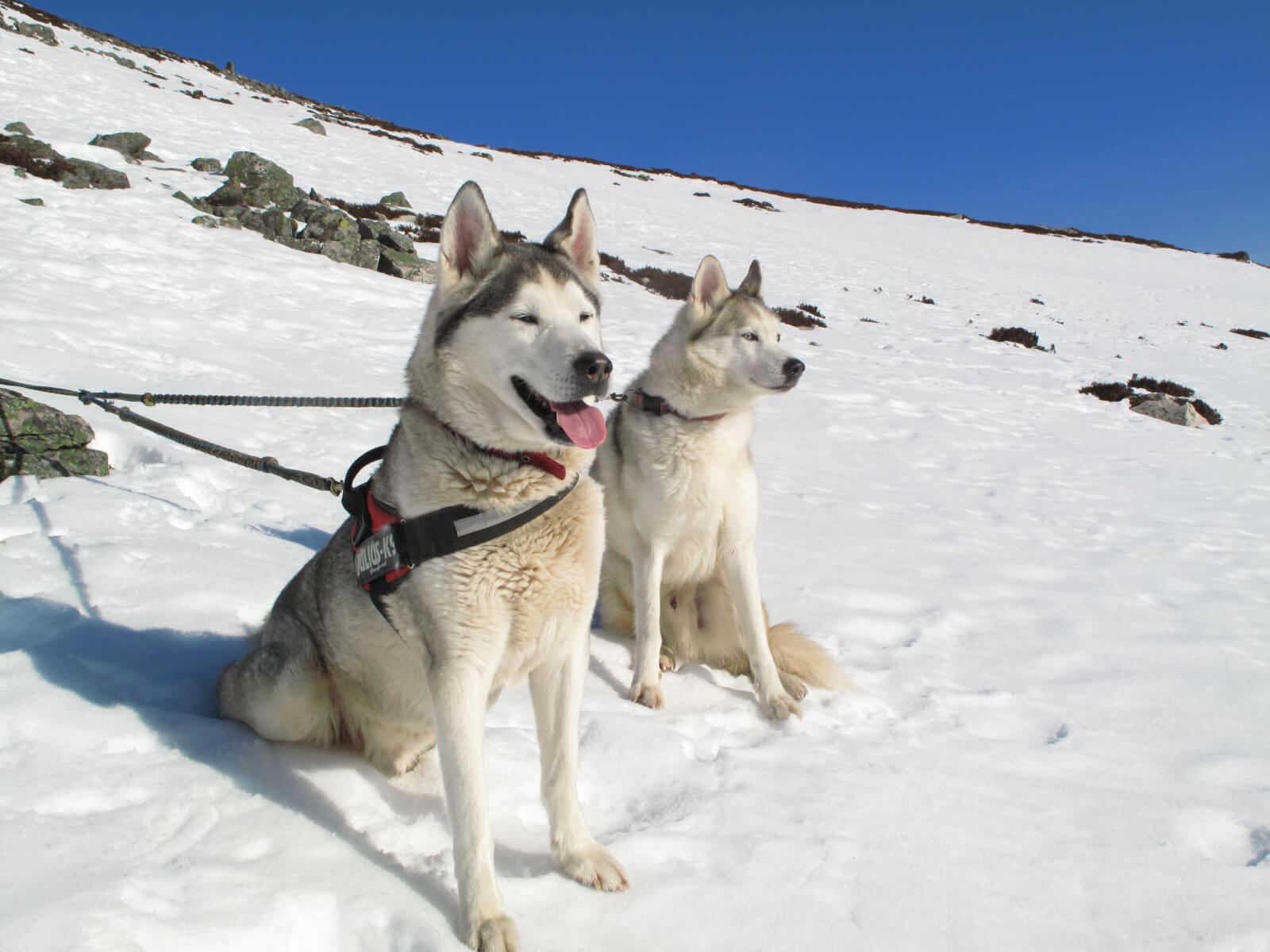 Too hot for huskies today. Lovely and warm on Southerly aspects – only light winds – a total treat! 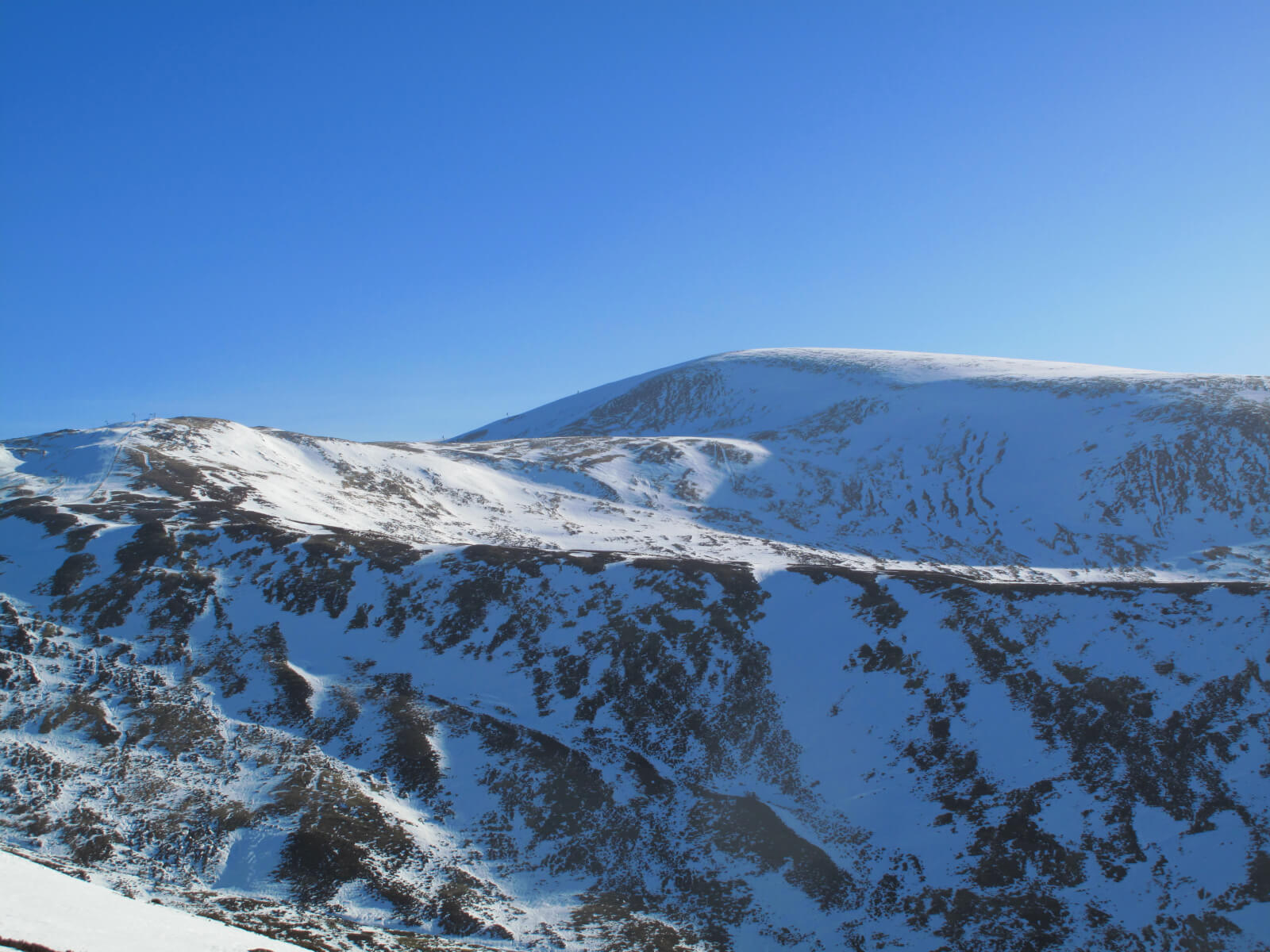 West aspect of Glas Maol (1068m) on the Mounth Plateau, with Meall Odhar and Leacann Dubh in the foreground. 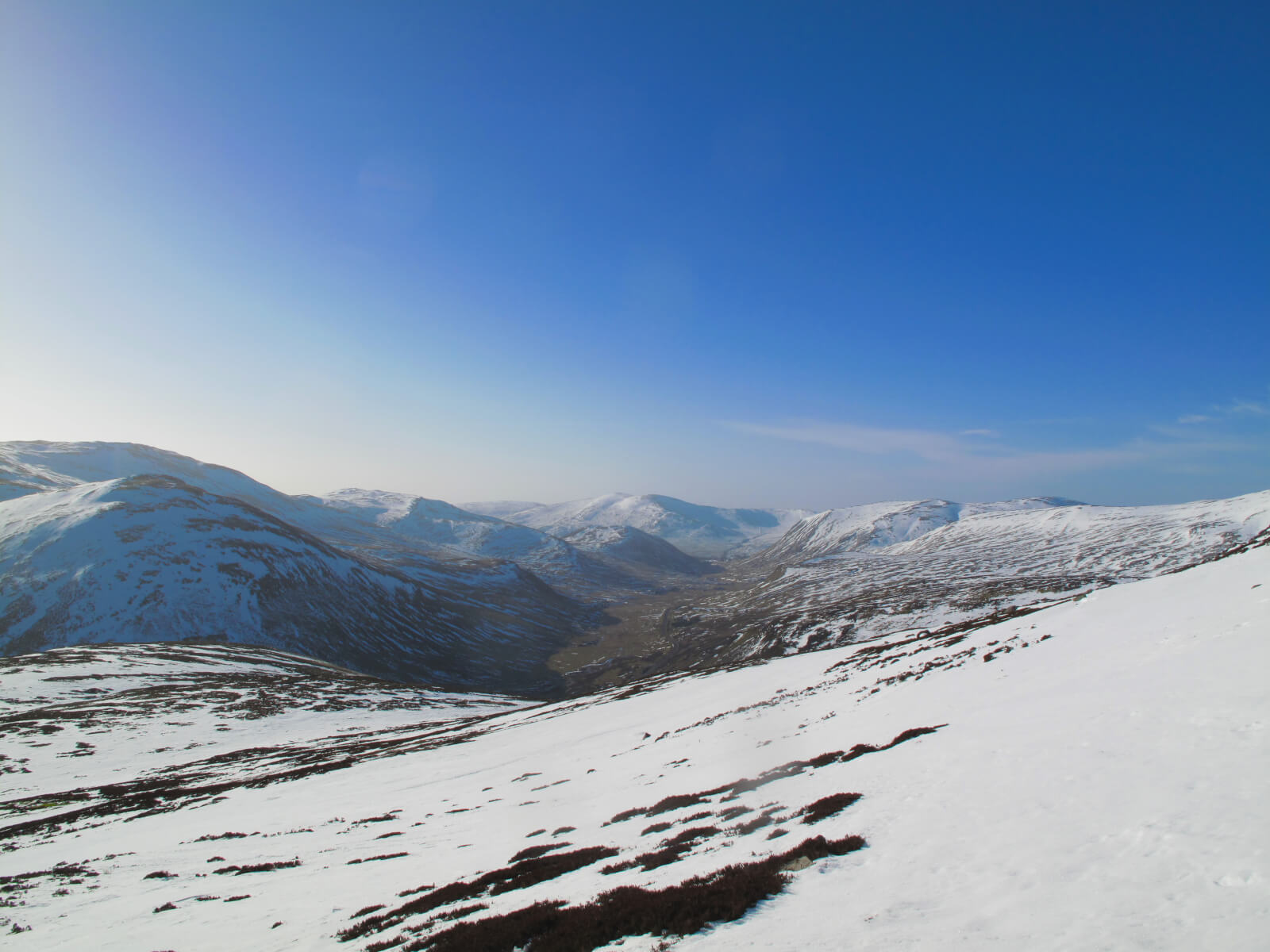 Looking South from The Cairnwell down Gleann Beag 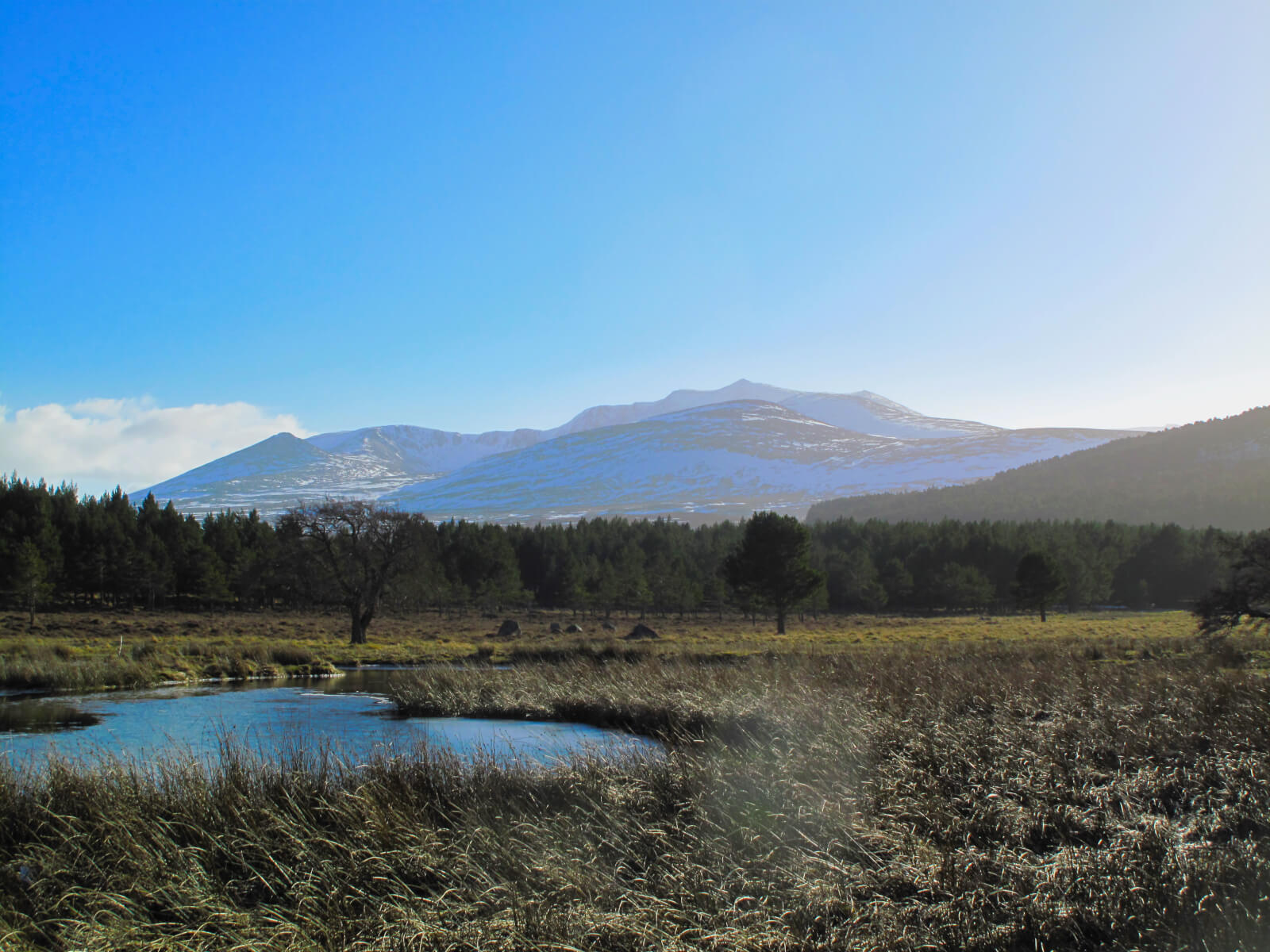 Lochnagar, hazy in the mid-afternoon sunlight. No cloud over the summit for a change! 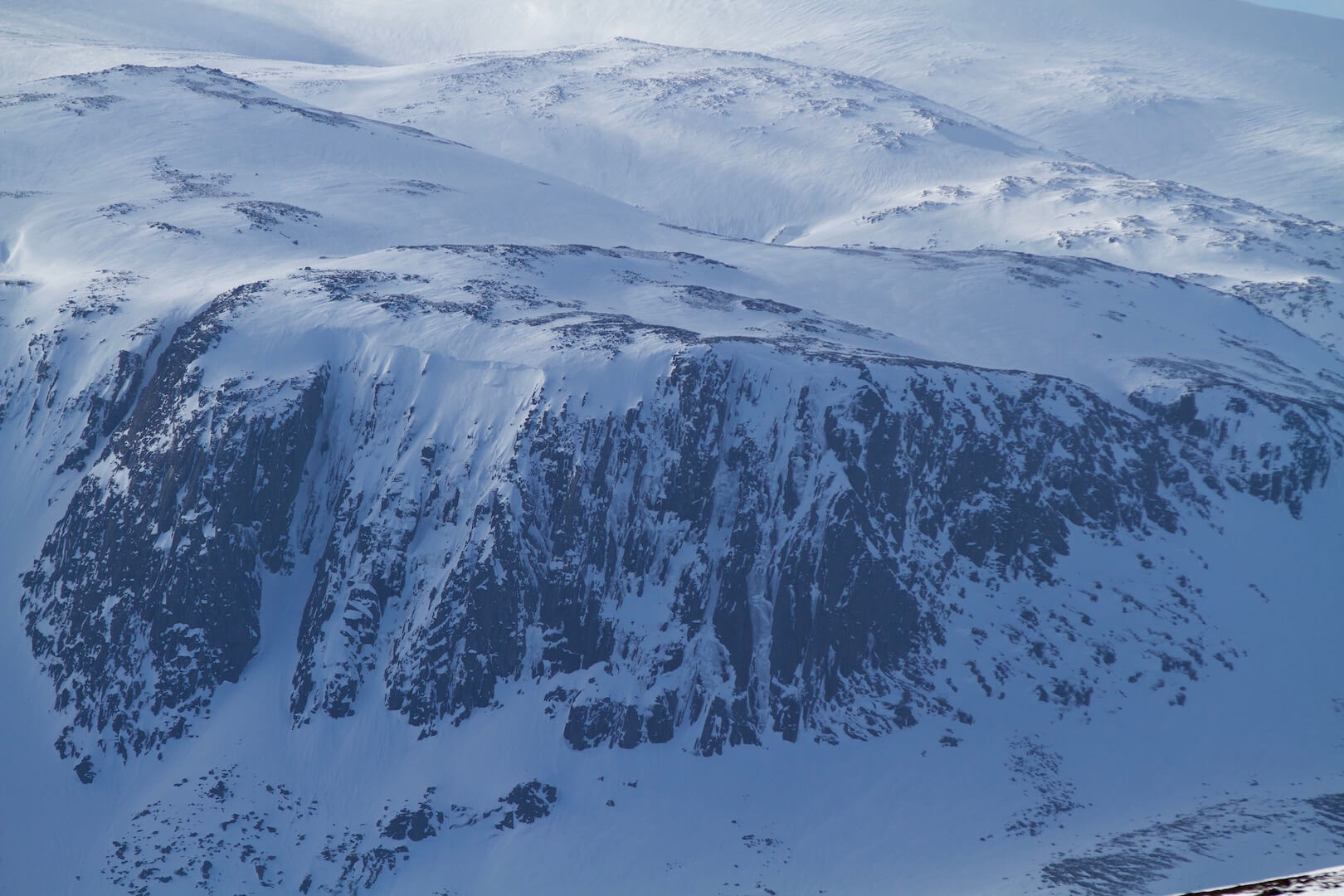 An extra picture of Creagan a Choire Etchachan crags as Paul was out ski touring on a day off.