A clear morning with cloud coming in early afternoon. Snow depths are highly variable at the moment as is the stability of the snowpack. 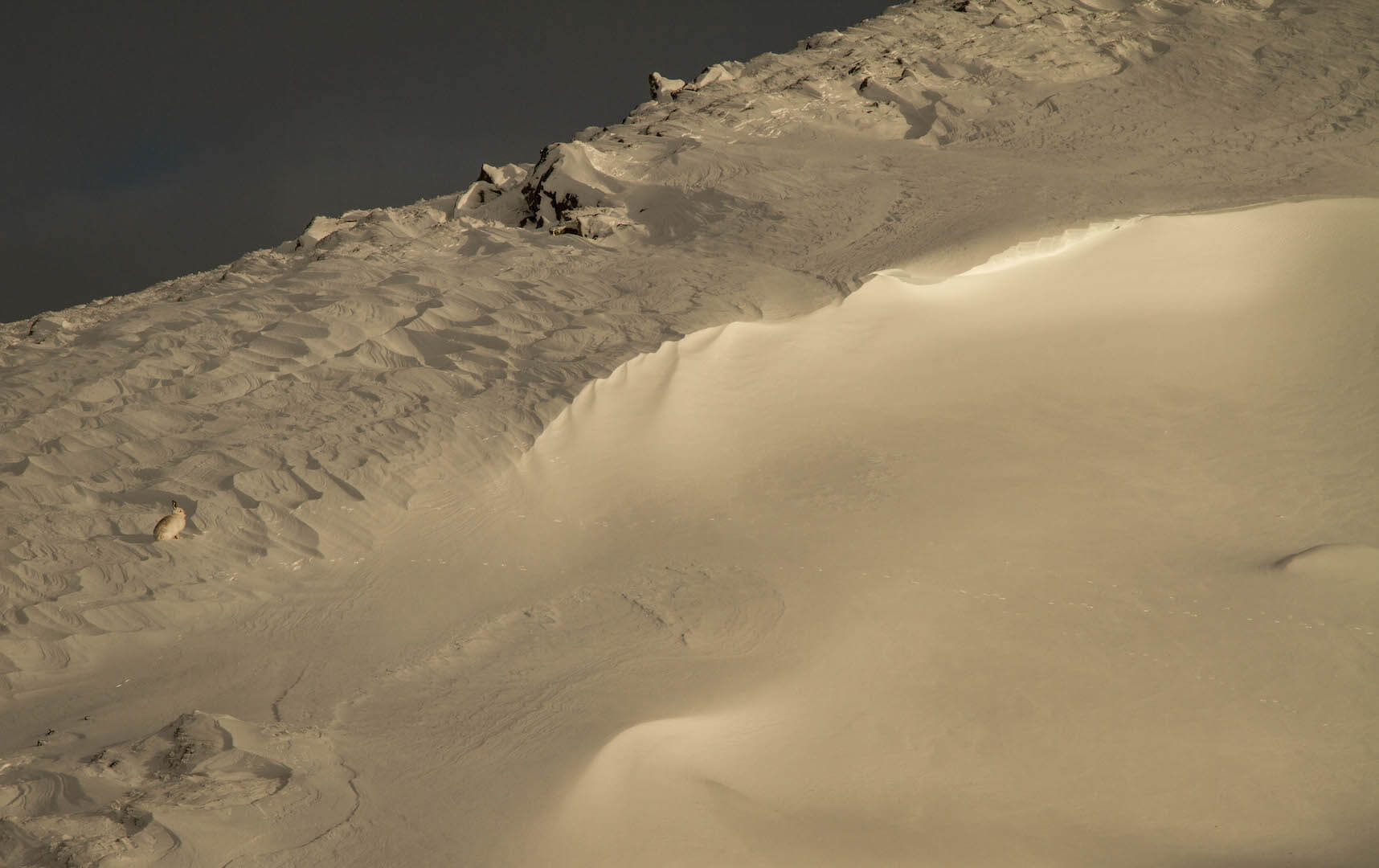 Note the ridge above the Mountain Hare (on left) Â is scoured, deep drifts in front of it. 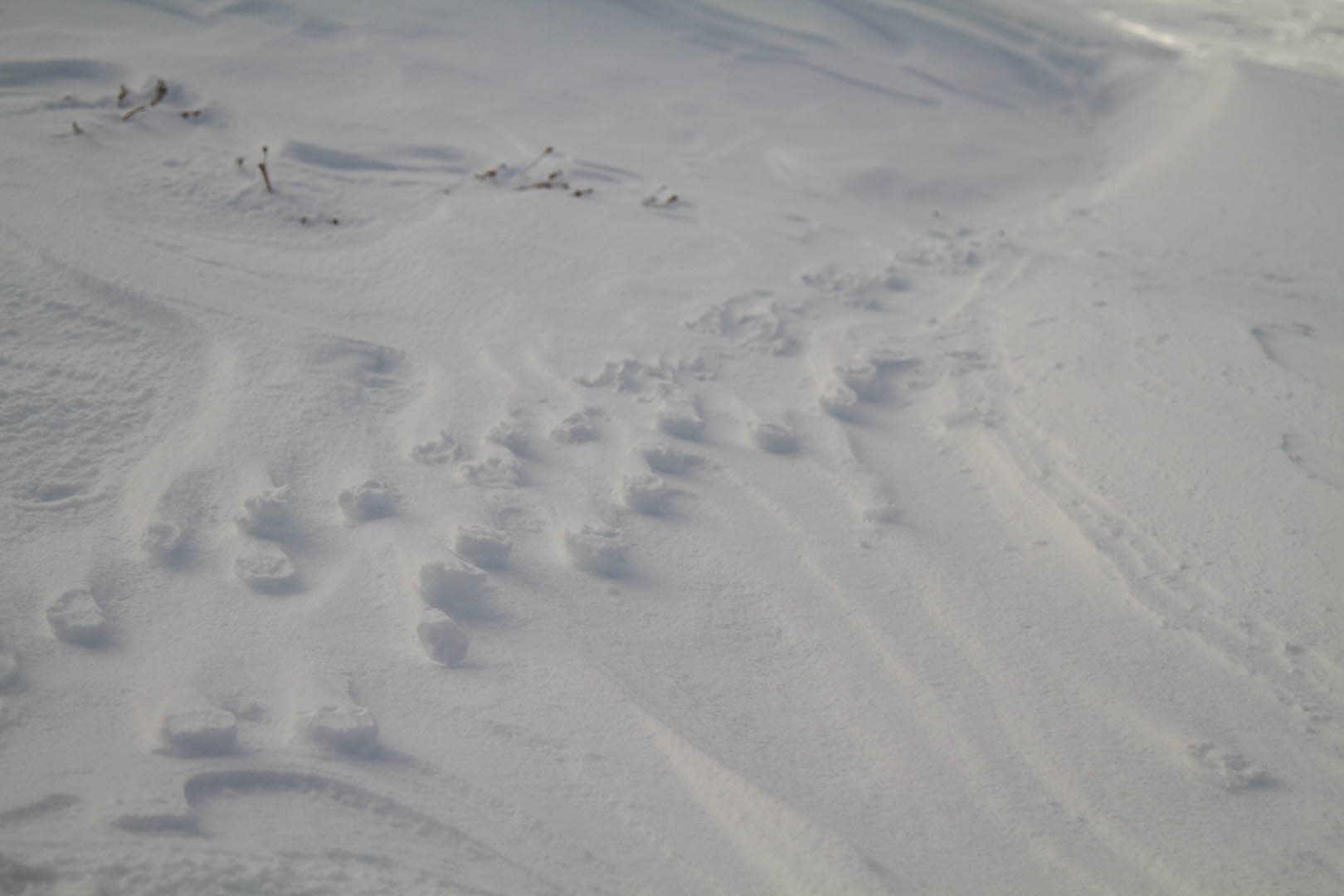 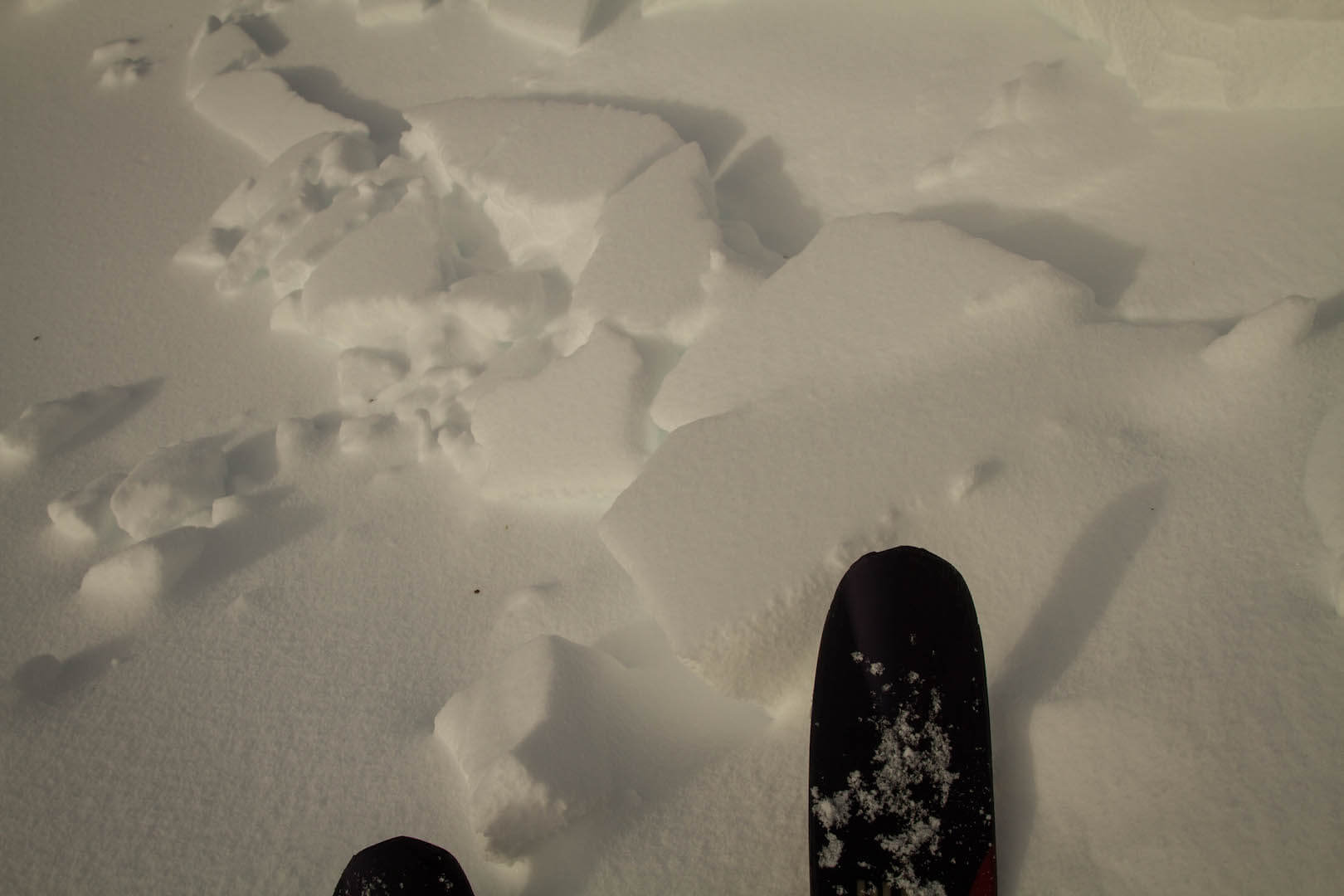 Coverage looks great on West Aspects. Unfortunately this is where the most unstable snow is! 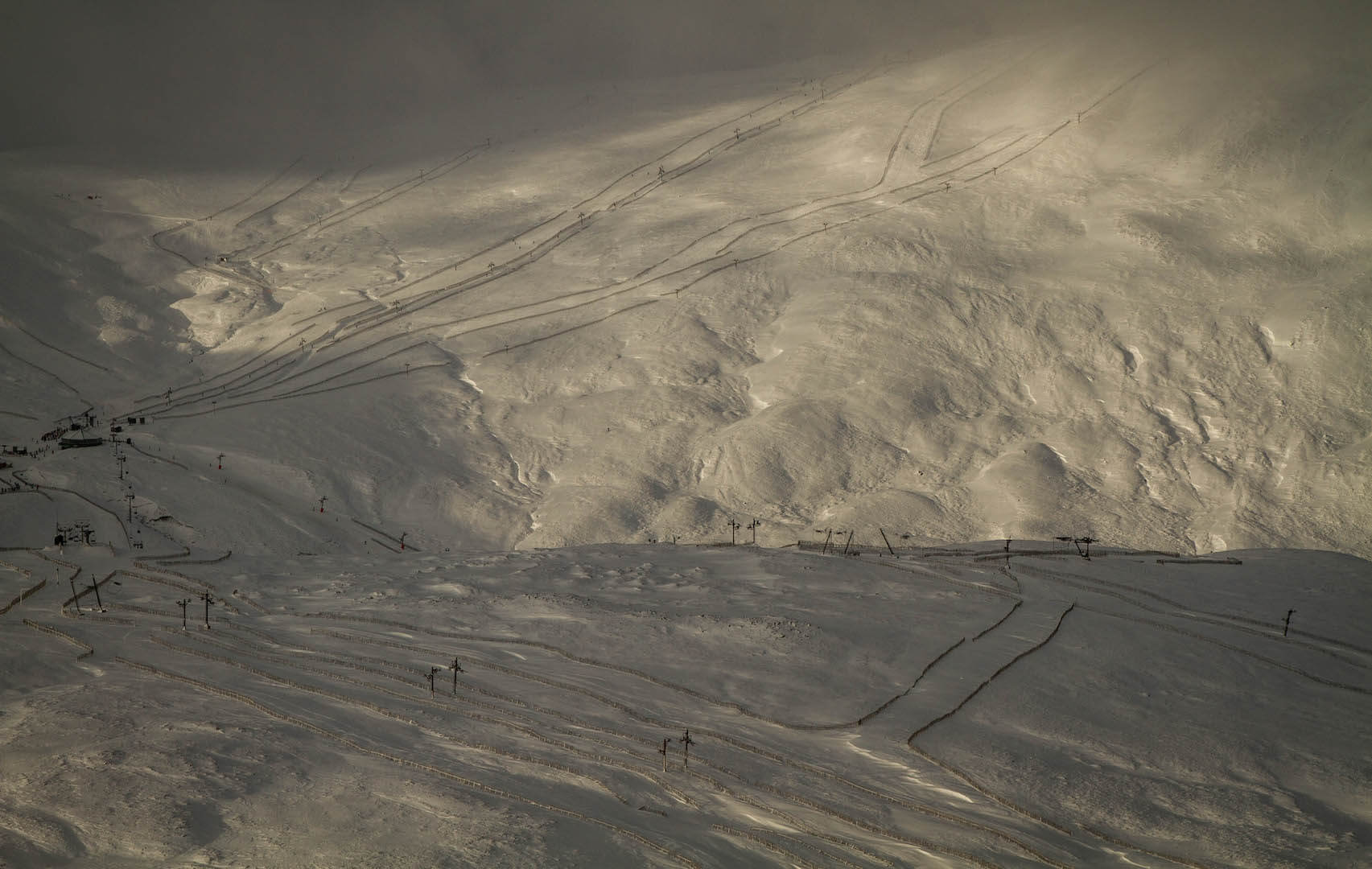 Glenshee Ski Centre is looking in great shape. After last nights winds they were able to open more runs. Their South-West facing slopes holding most snow. 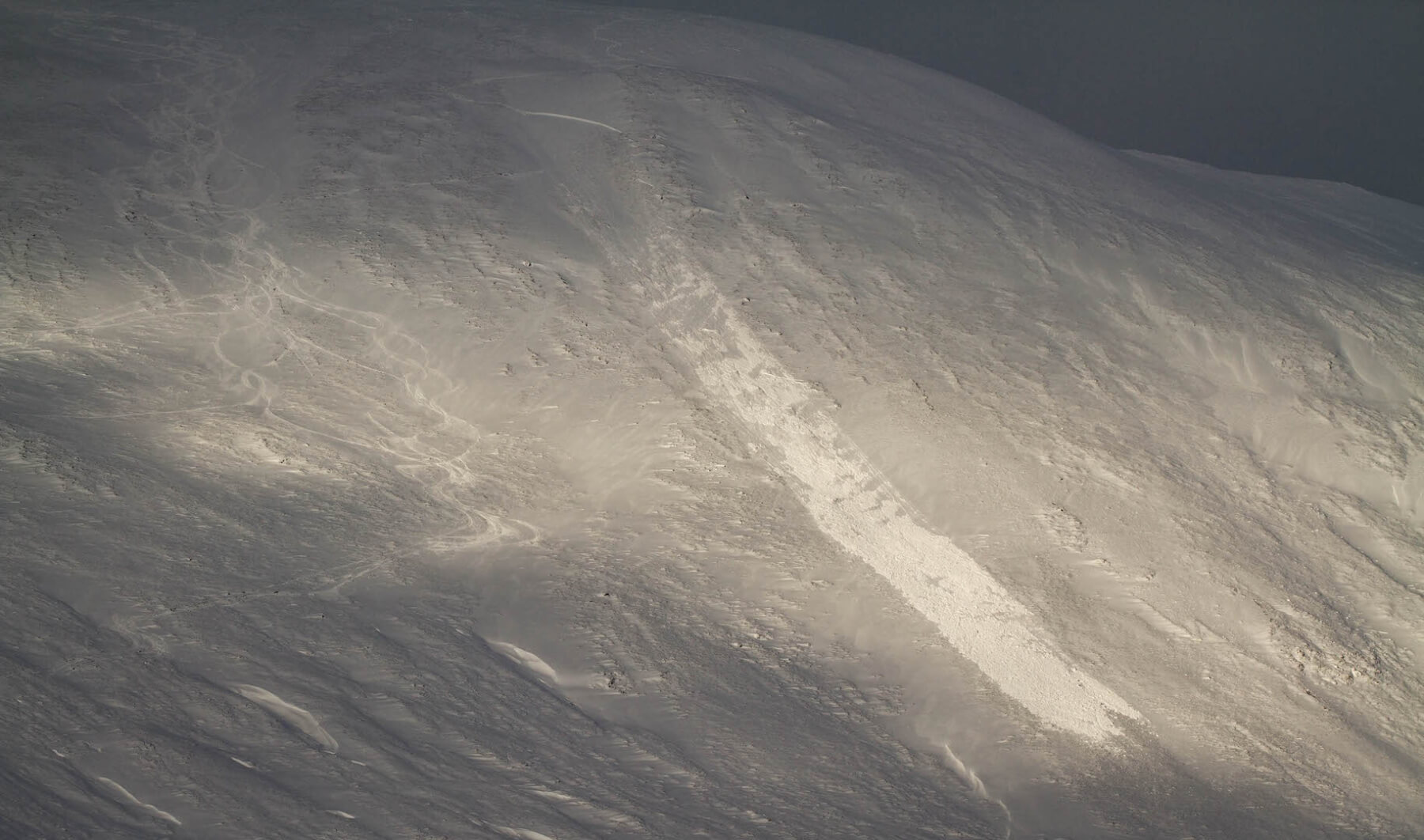 Avalanche debris on Carn Aosda. I didn’t see this when I arrived, looking at the ski tracks to the left I suspect it was triggered by skiers during the morning. This is the second time this season this avalanche has occurred.