It was a calm day with just light winds at summit level and a trace of snow as the variable cloud cover dropped in. There was also a lot of clear weather, especially in the afternoon. Yesterday’s strong winds have stripped some aspects and left deeper deposits on others with trail breaking required (lots of breakable crust!)

We’ve been forecast a bit more snow on fresh becoming strong winds so conditions will become ‘interesting’ from around late morning to mid afternoon.

Some footpaths have hard water-ice on them – a light covering of snow will make this difficult to spot! 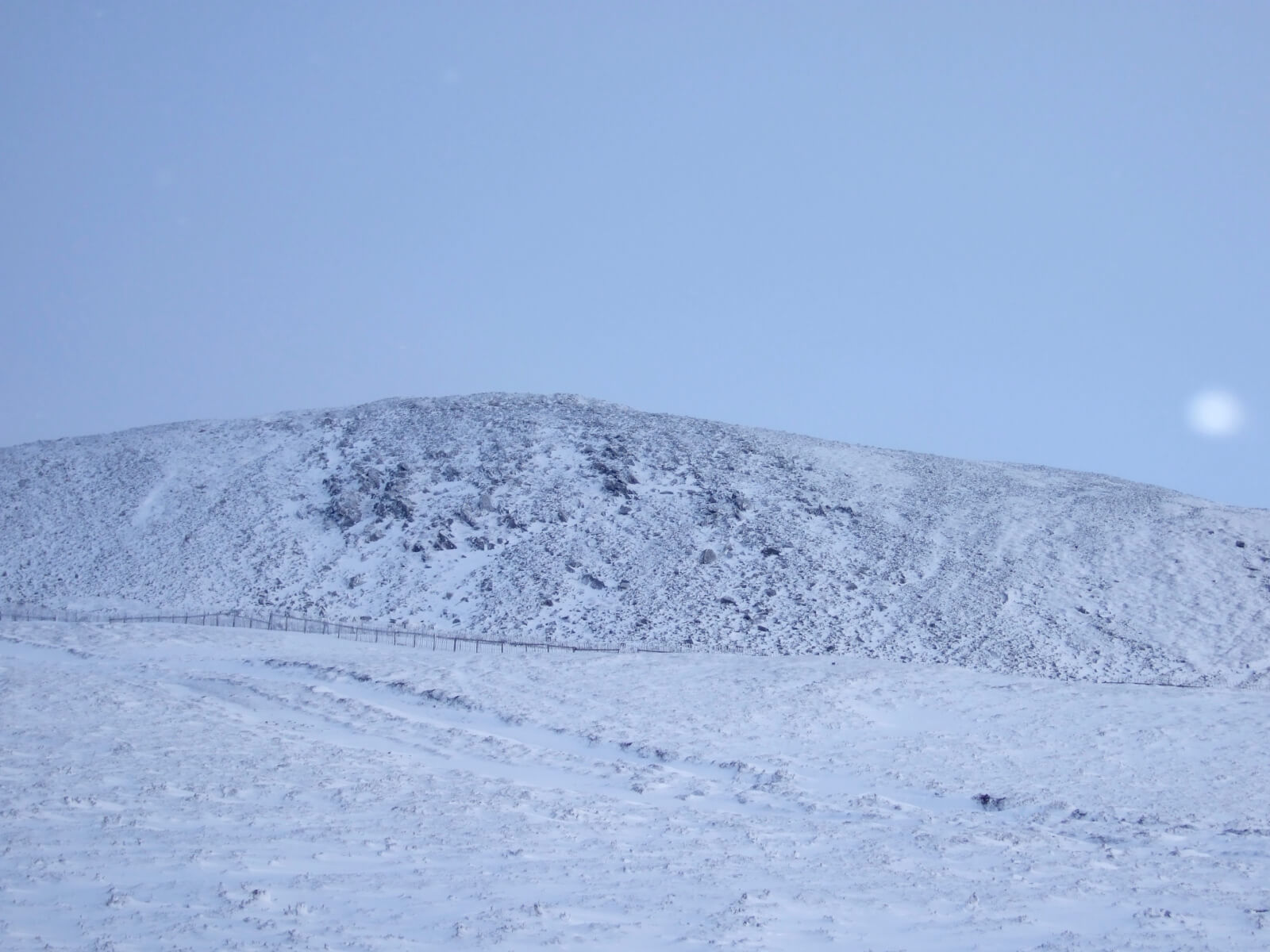 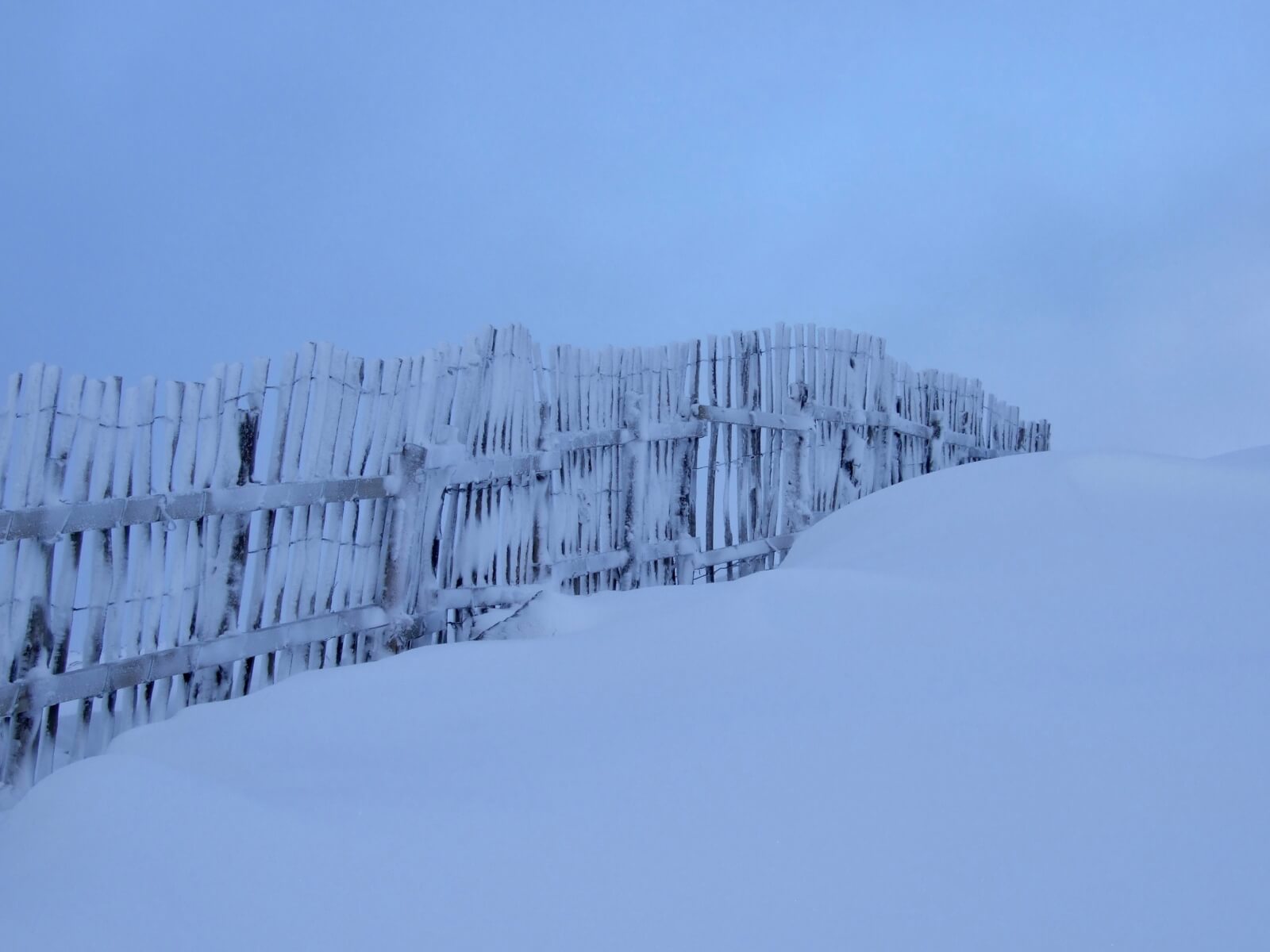 Snow fences doing their job with deep snow collecting behind them 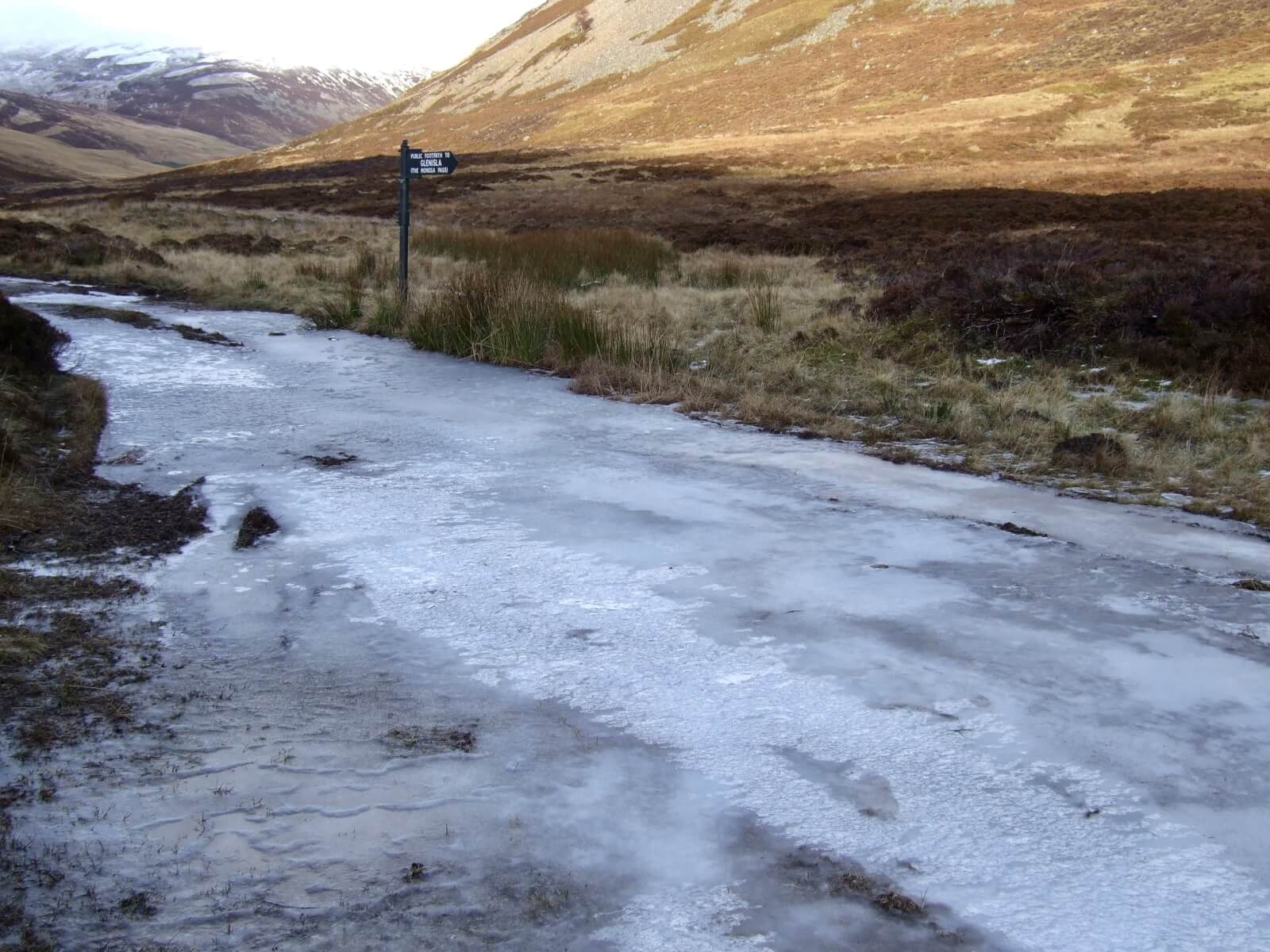 Hard water-ice on some footpaths