Snowfall, drifting and strong winds led to another day of poor visibility on the hill. The overall snow cover is developing well although it tends to be deep soft snow or scoured. Trail breaking is a bit tedious at times. Â There were a few ski tourers around today making use of the closed pistes at Glenshee, descents will have been interesting in the poor light! The cloud base did start to break up and lift later in the day. 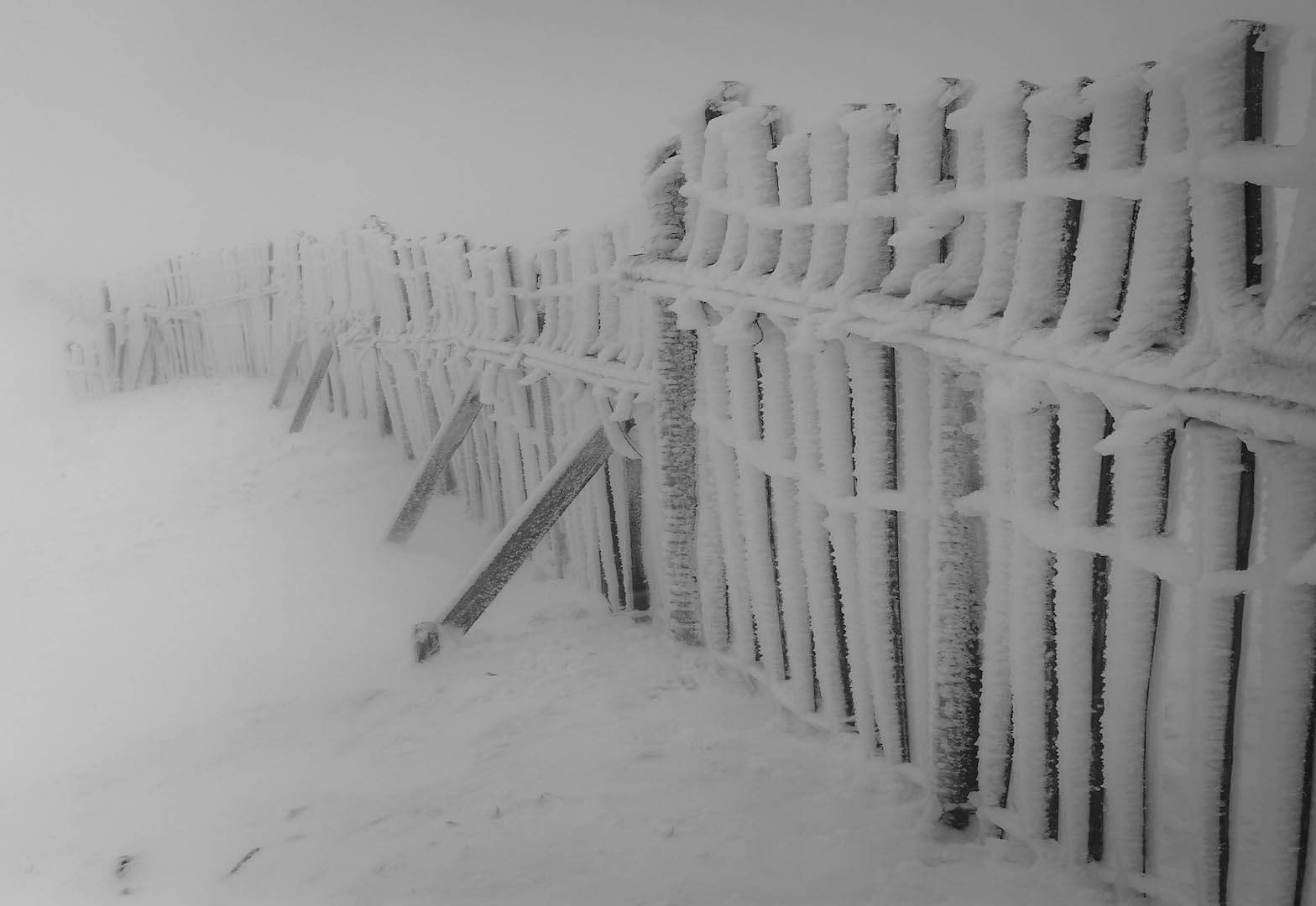 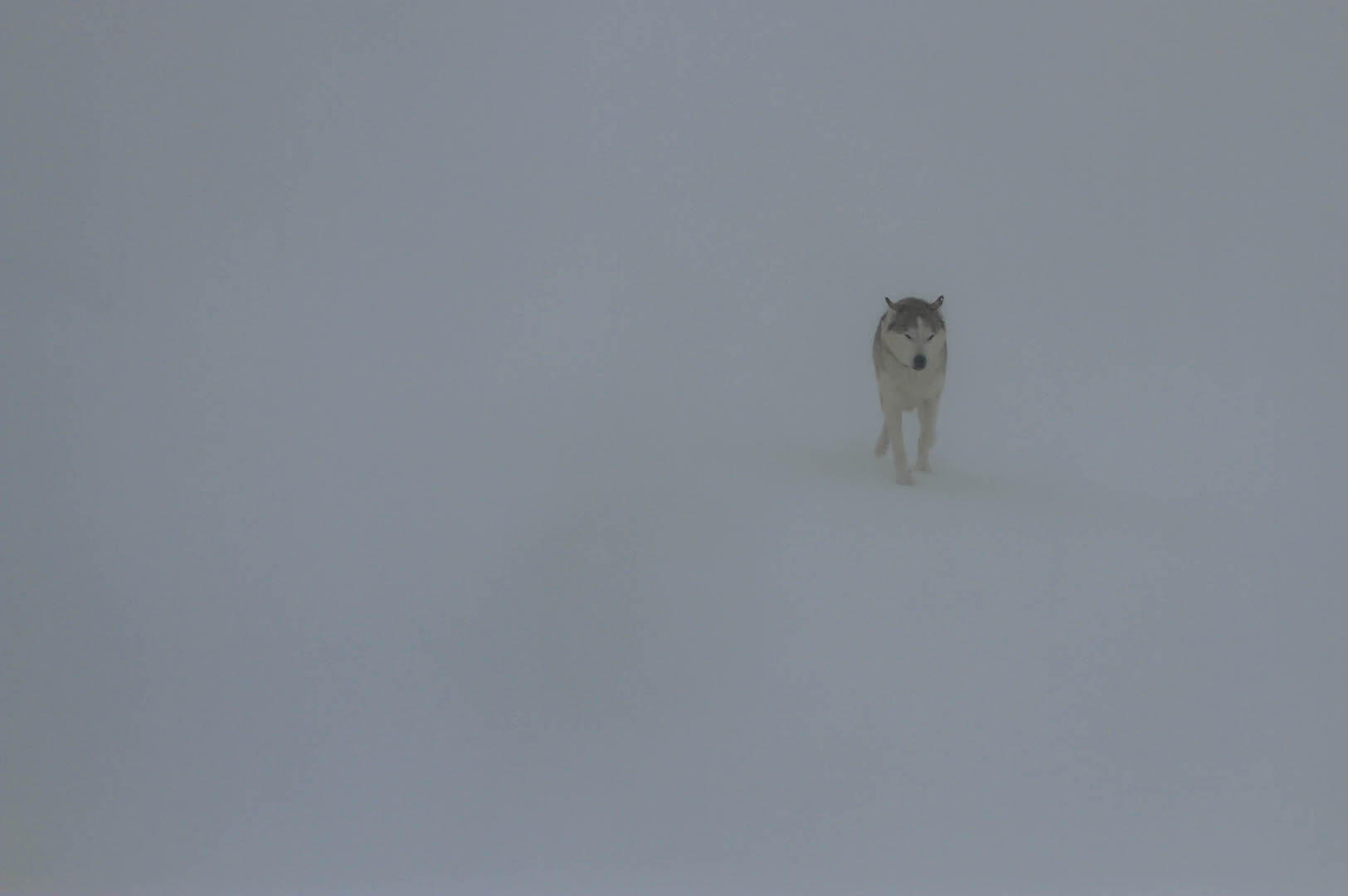 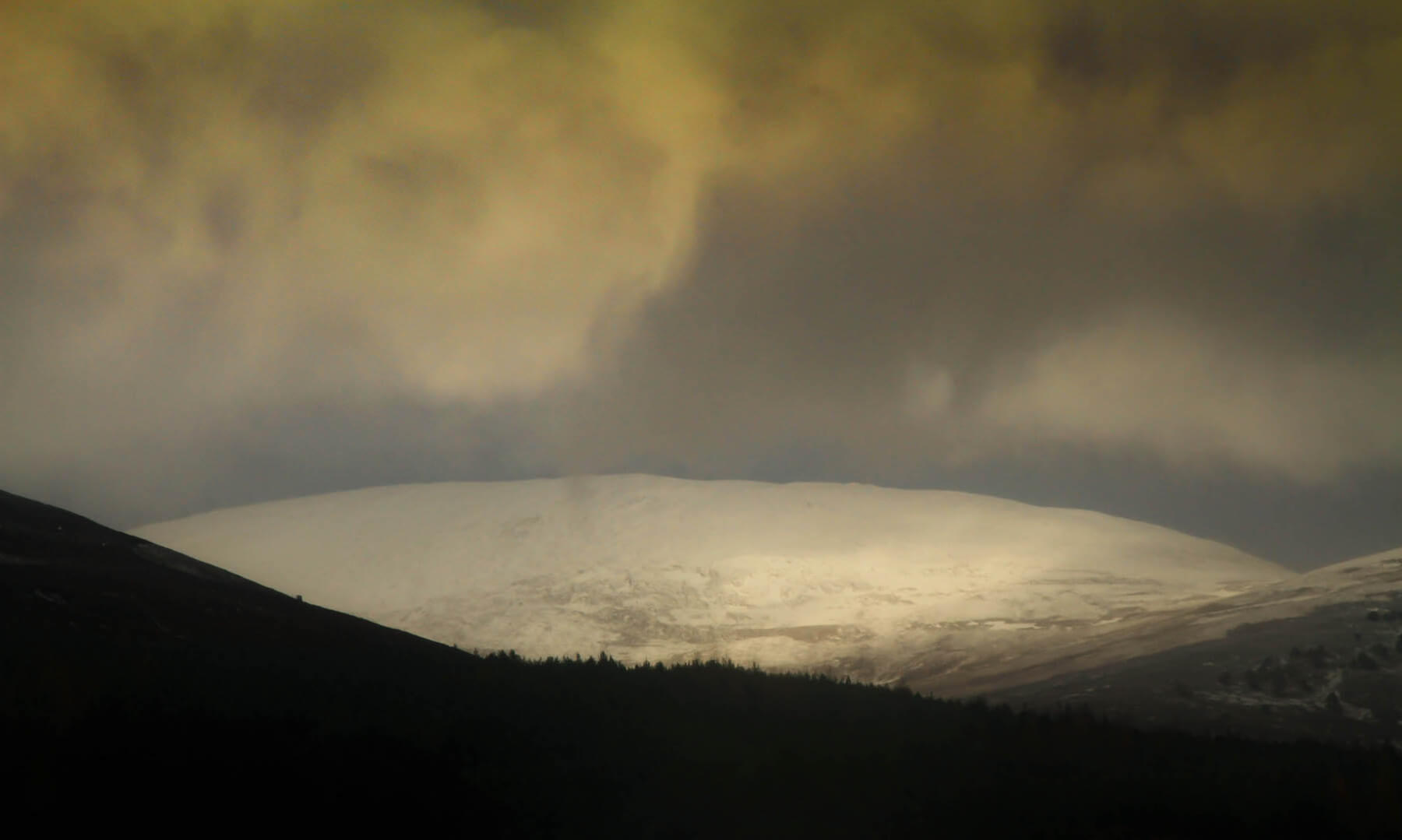 Cloud starting to break after mid-day.