It was another mild and wet day with poor visibility. Snow continues to thaw but remains well bonded.

However, looks like there will be a change in the weather pattern. BecomingÂ cooler tomorrow afternoon, unfortunately only a little new snow but hopefully we’ll see more. 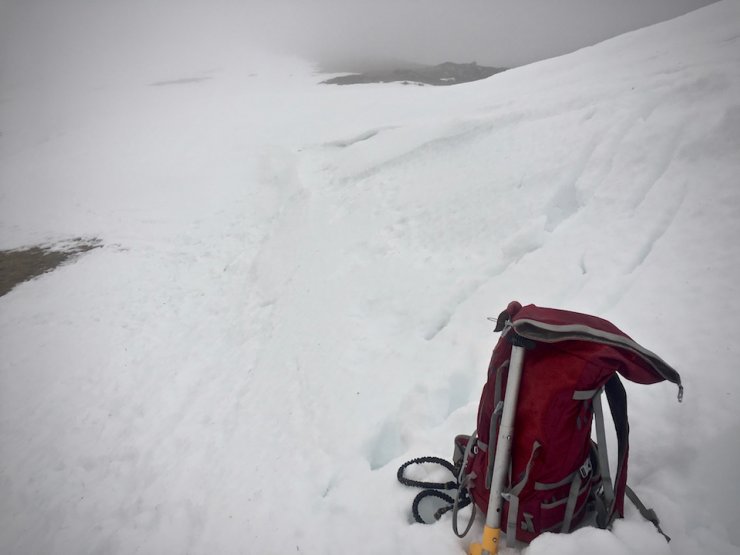 The snow cover is becoming very patchy. Greatest amounts of snow are in gullies and around corrie rims.