Some new snow overnight with the winds easing mid-morning. Cloud cover was broken with occasional views. 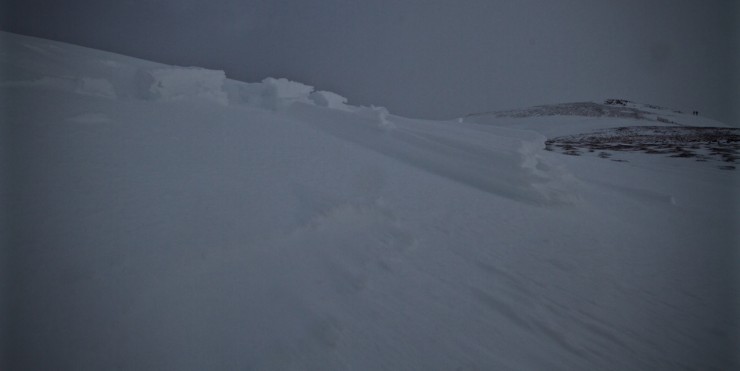 These raised footprints were an indication there were recent strong winds and a change inÂ direction. 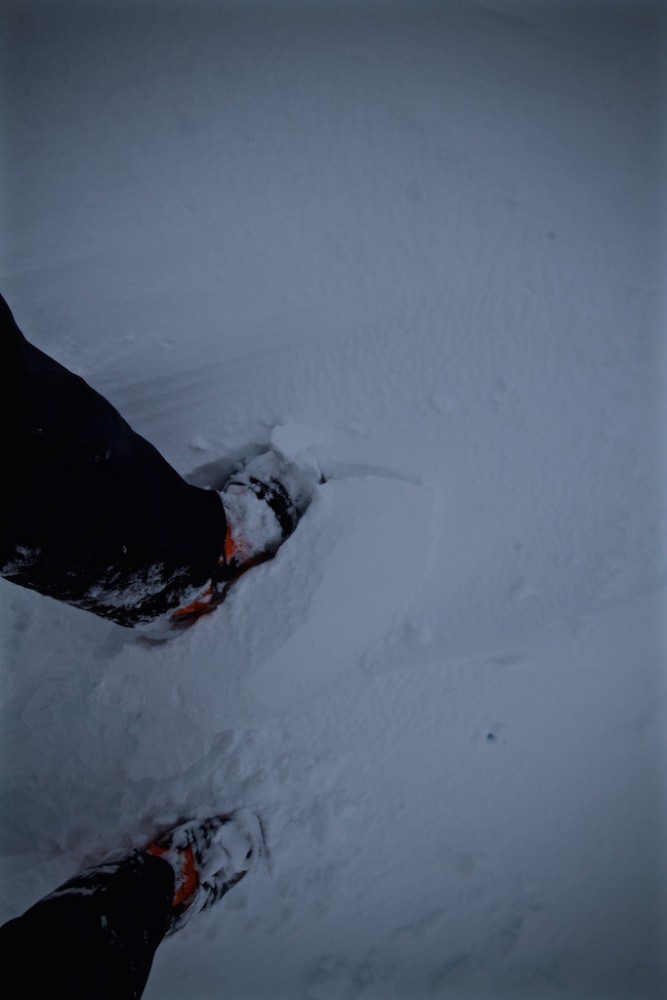 Generally new windslab was not deep, but it was unstable. Plenty of ankle deep deposits in lee locations with deeper accumulations on corrie rims. 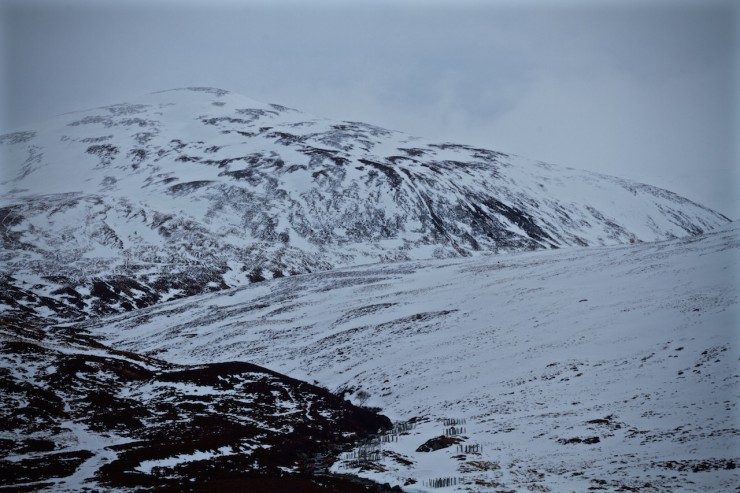 Carn an Tuirc from around 500 metres.

Slopes facing camera are a West aspect with slopes coming in on the right, North aspects. Still good cover in the White Mounth above 600 metres.