The winds, the winds

Good news… the winds are forecast to ease Monday. Another windy one tomorrow though.

Today was another day of not seeing much, although still better than yesterday! There was a Â slight improvement in stability as we had rain during the night with some cornice collapse and avalanches. But cold again with new snowfall from the early hours. Plenty drifting going on again with new windslab getting deep in some locations.

Not sure you’ll see much in these pictures. 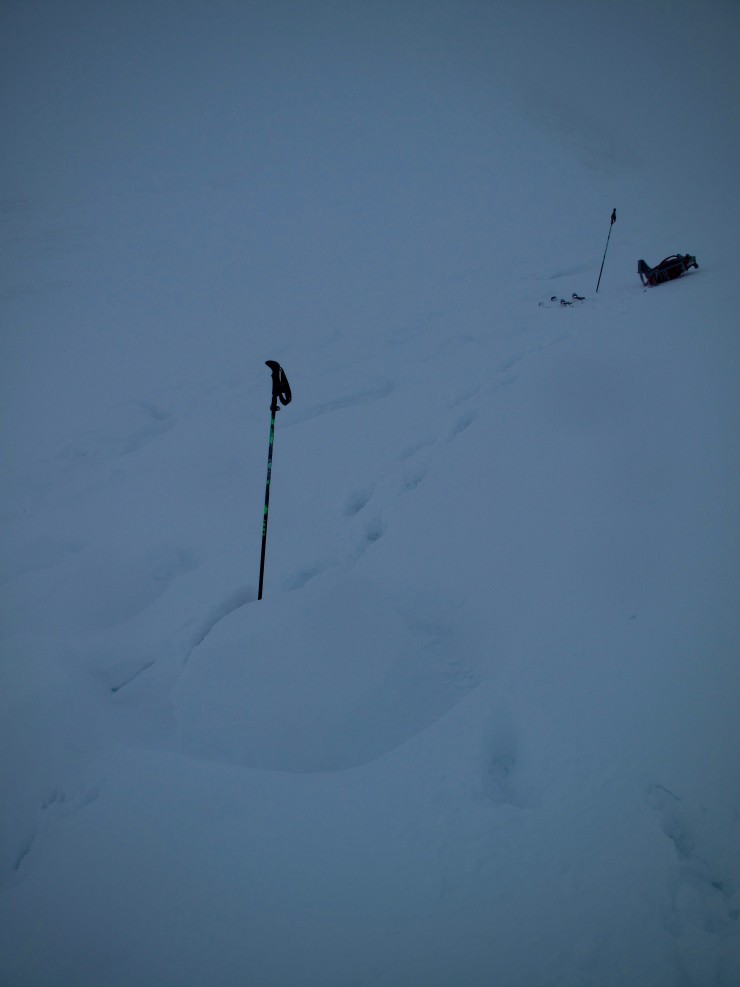 Fresh cornice and avalanche debris on a NE aspect. 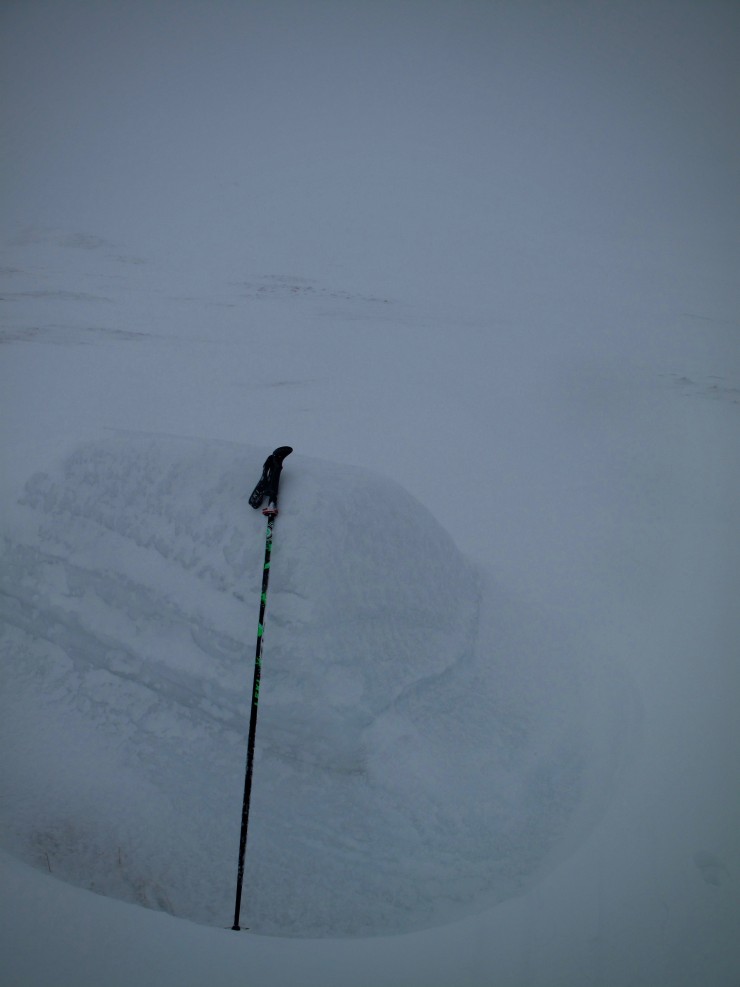 Plenty lumps of cornice lying around at the moment.