There was a surprising amount of snow overnight. So much so the snow gates were closed until aroundÂ 10.30. The winds were very strongÂ until early afternoonÂ resulting in a lot of drifting and instability. 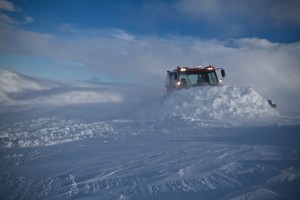 Glenshee Ski Area opened the Glas Maol lift in the afternoon when the winds eased. 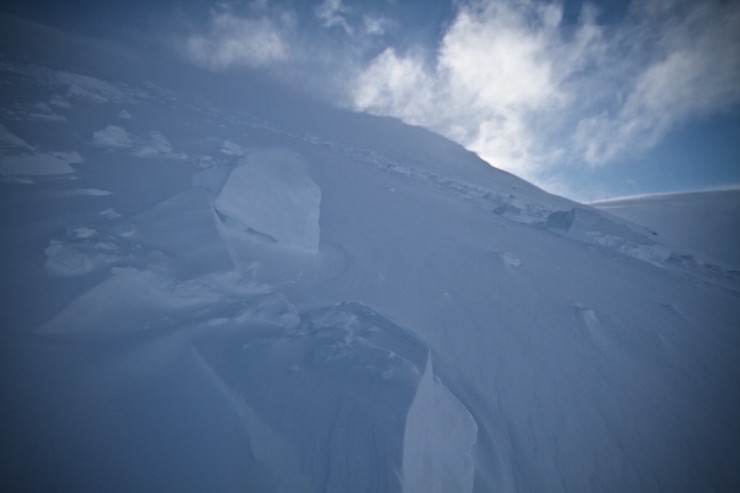 Cornice and avalanche debris with continuous drifting onto the face.

Lots of signs the snow was unstable today- most obvious beingÂ there were avalanches overnight. 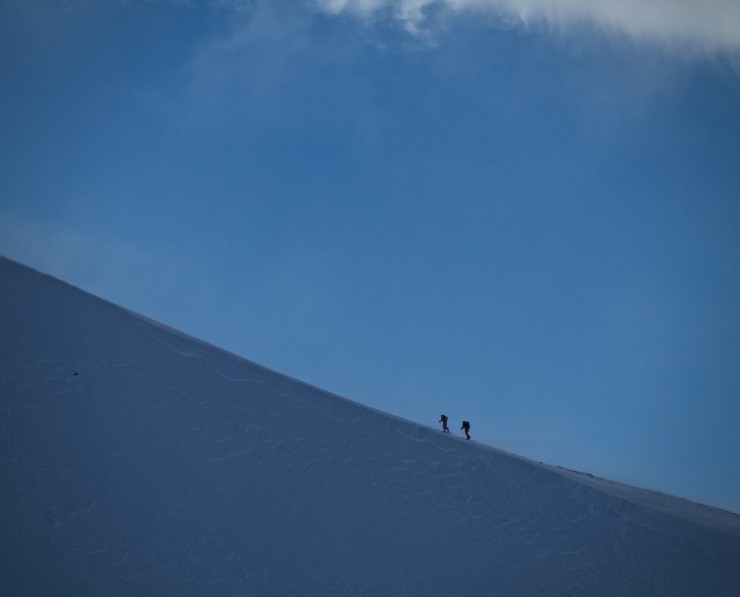 The Blue Room. Two skiers make their way up the ridge. 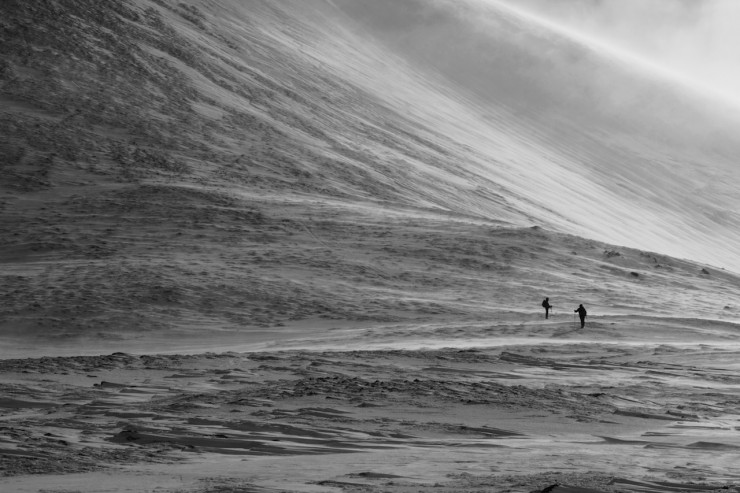 Some snow will be blown off the hills into the valley but there are deep accumulations in places.

Debris on the left ofÂ Â the West/North-West face of Glas Maol.