Much the same as yesterday, it started cloudy but became a bit clearer in the afternoon. 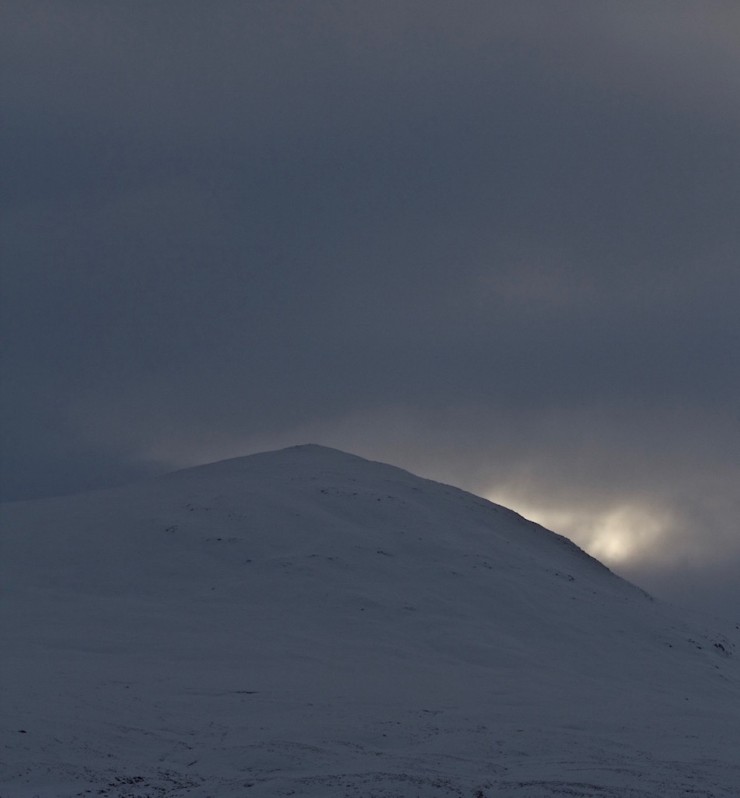 Ground starting to break through.

The snowpack is gradually changing. At lower levels features are starting to break through. With the current cooler temps it is a slow process though. 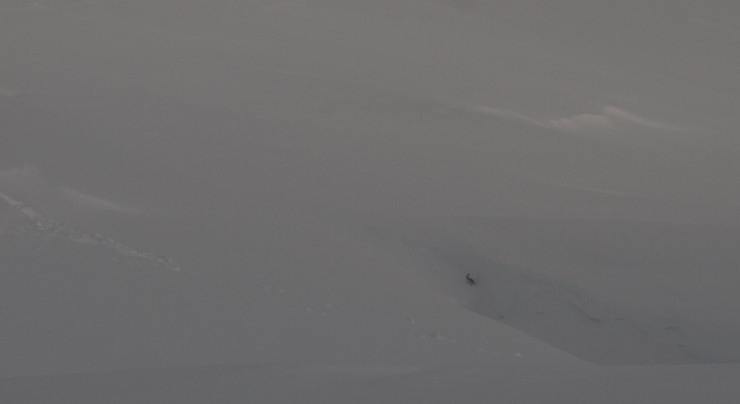 Mountain Hare,Â hiding under a cornice.

I’m not sure what the hare’s are surviving on but there was fox footprints following the hare prints today! 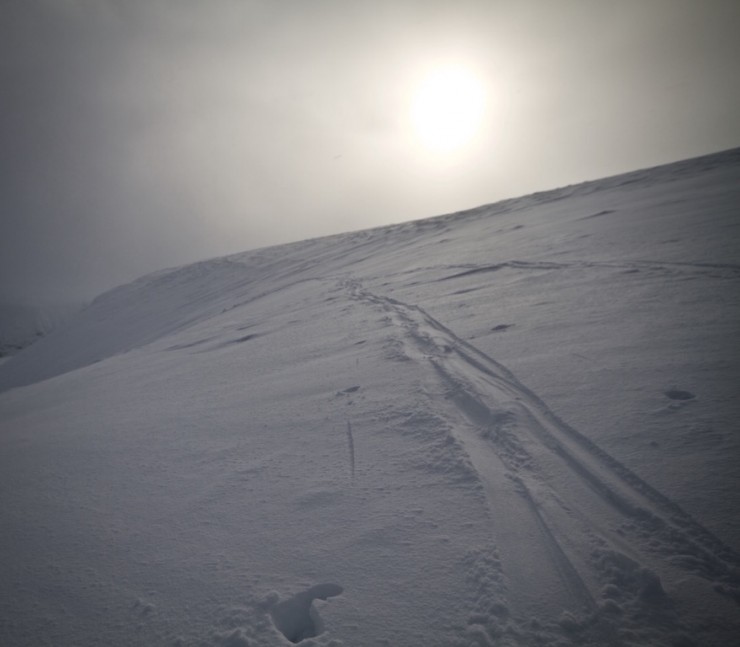 Started to clear up.

Other than the light today, the general ski-ing conditions remain excellent and it’s still the better way to get around the hills. 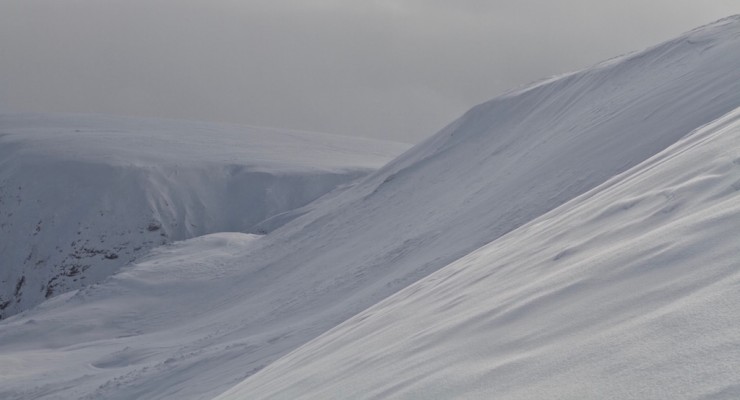 At the end of this face where it joins Little Glas Maol is Banana Couloir (or previously Caenlochan Gully/Hookers Gully). It’s become a popular ski descent, accessing it from Glenshee Ski Centre, Â another 3 skiing itÂ today when the cloud cleared.