By now most of you will know the Dee valley suffered some serious flooding on Tuesday 30th December. It rained heavily overnight but with the temperatures rising as well we lost most of the hill snow which contributed significantly to the amount of water in the valley. 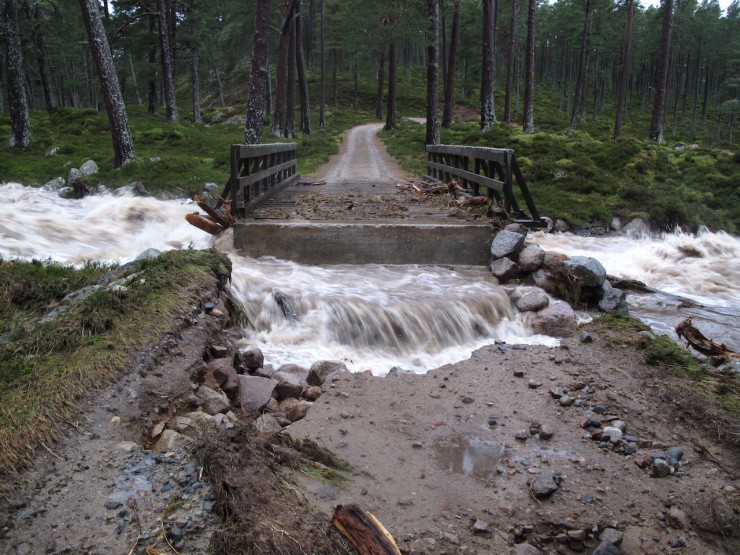 A road washed out by a burn.

A distant shot of Lochnagar.

LochnagarÂ was fairly white but post thaw it hasÂ now been stripped back with some bigger patches in the gullies. 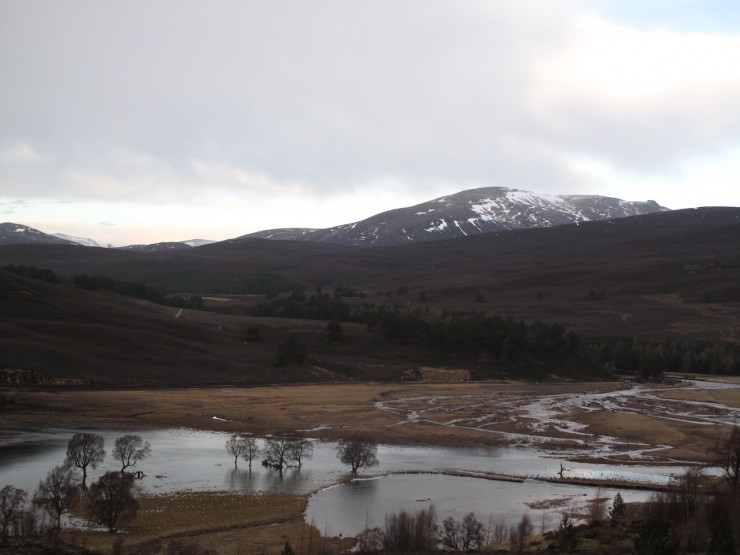 Beinn a Bhuird. Significant snow melt occurred fromÂ this area along with Ben MacDui and Braeriach.

It looks likely the Southern Cairngorms generated a lot of snow melt as these hills here were well covered. Part of the new bridge at the end of Glen Quoich has been washed away and I am uncertain about other bridges and water crossings in the Cairngorms being passable. 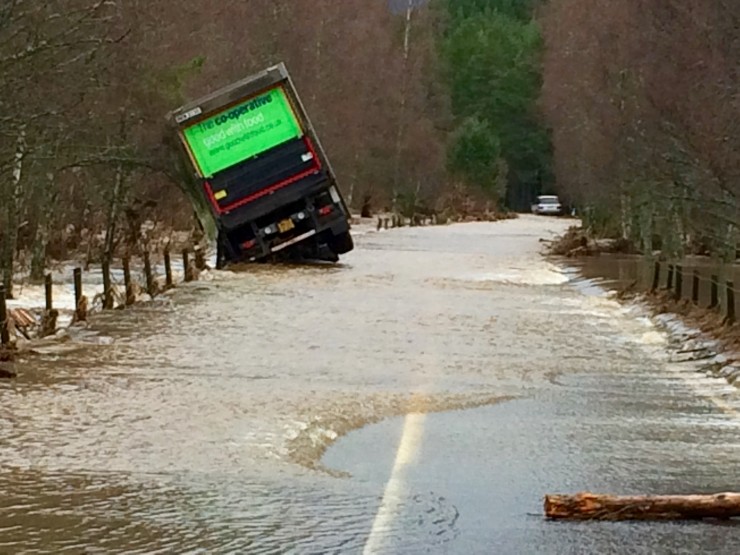 A lucky escape for this driver on the A93.

Travel – Obviously there has been some damage to infrastructure however I’m sure it won’t take too long to get things up and running. Check before you travel. Currently bridges are being inspected and the A93 is badly Â damaged. 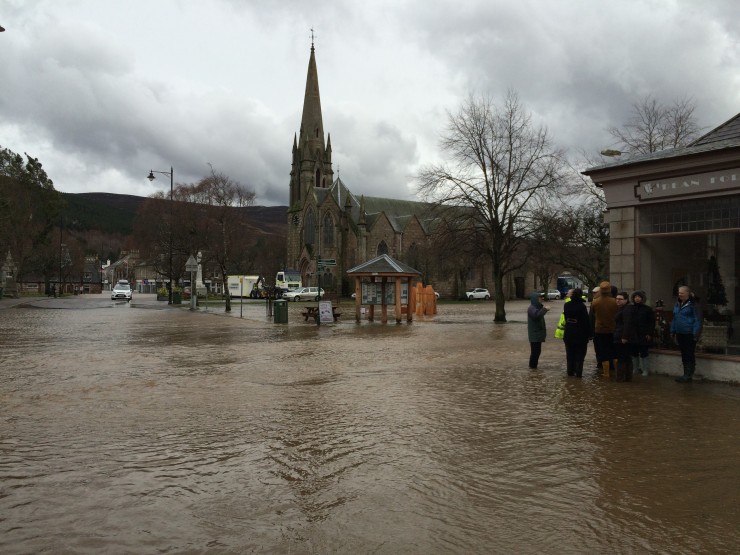 It would seem Ballater was the worst hit although some shops have re-opened. Power is mostly back on and other villages such as Braemar are relatively untouched with shops and cafes open.

When these things happen the strength of the community will always shine through. Ballater was no exception with all the agencies and townsfolk working well. Amongst those Braemar Mountain Rescue Team were busy helping others despite some of members knowing their own houses had flooded as well as their own base.