After the last couple of cloudy days it was great to be able to see something today! It was very mild, the streams and rivers carrying a bit more water. The snow cover is becoming patchy again, particularly over the White Mounth Munro’s. 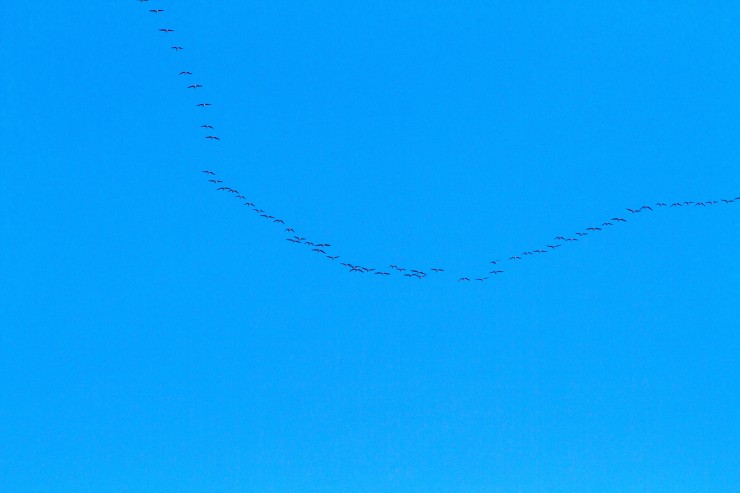 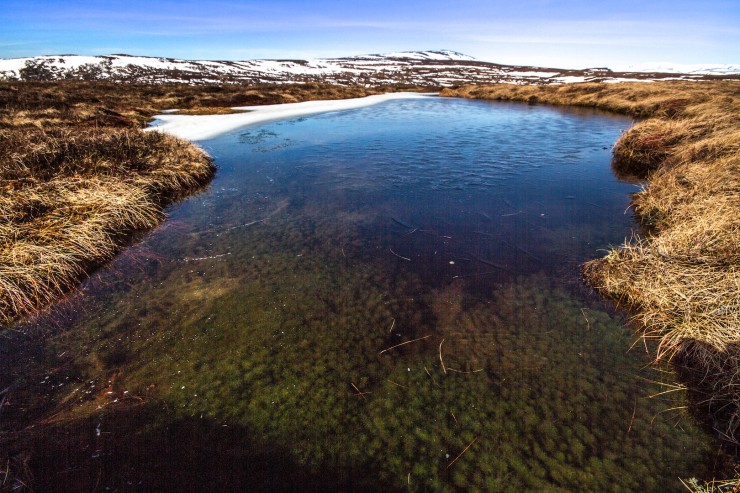 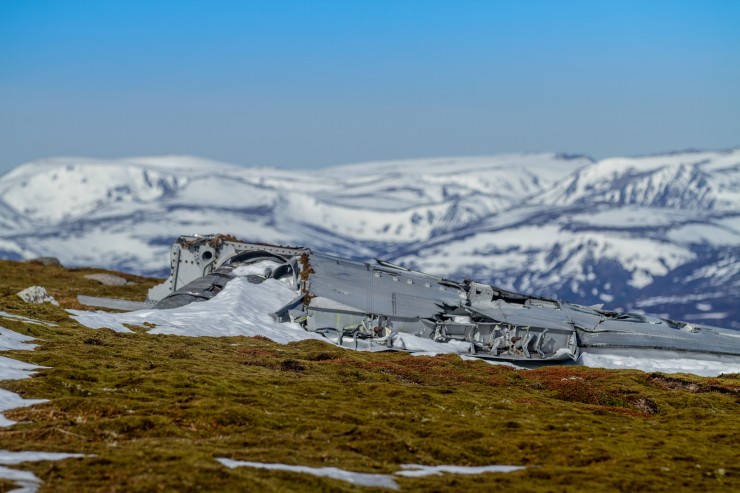 Plane wreckage on Carn an t-Sagairt Beag. From an RAF English Electric Canberra bomber that crashed in the Fifties. 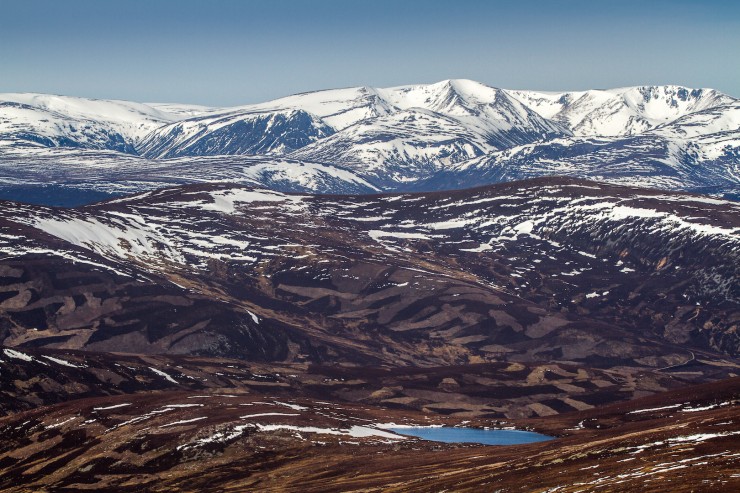 Loch Phadruig with Cairn Toul and Braeriach in the background. 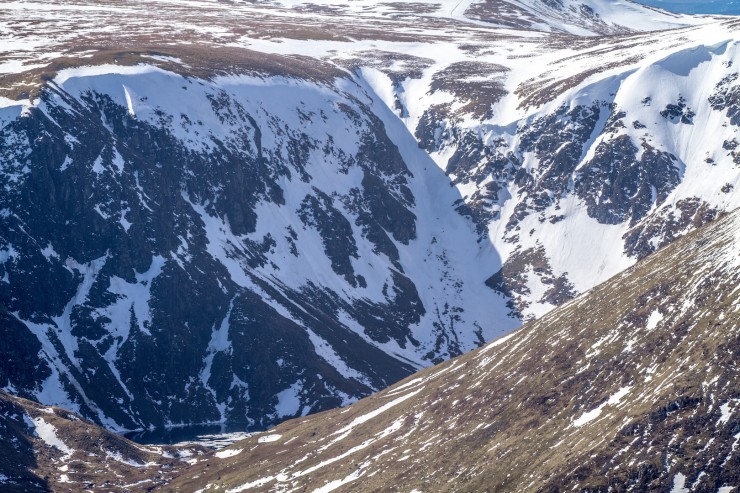 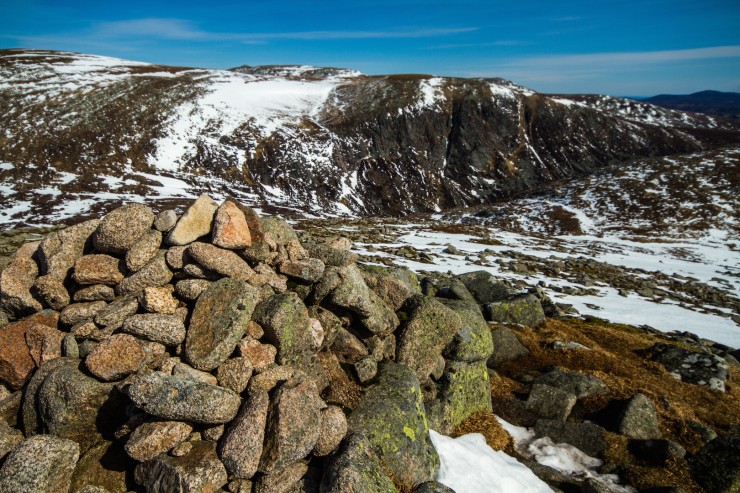 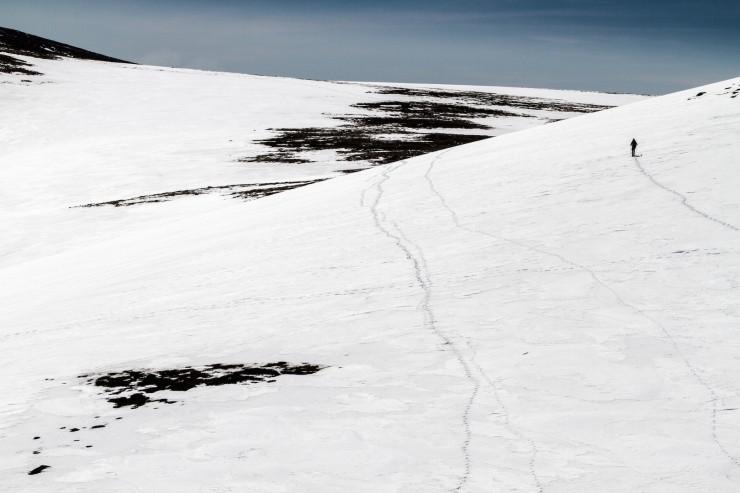 Typical snow cover in the area just now, snowfield on NE aspect but broken away from these. 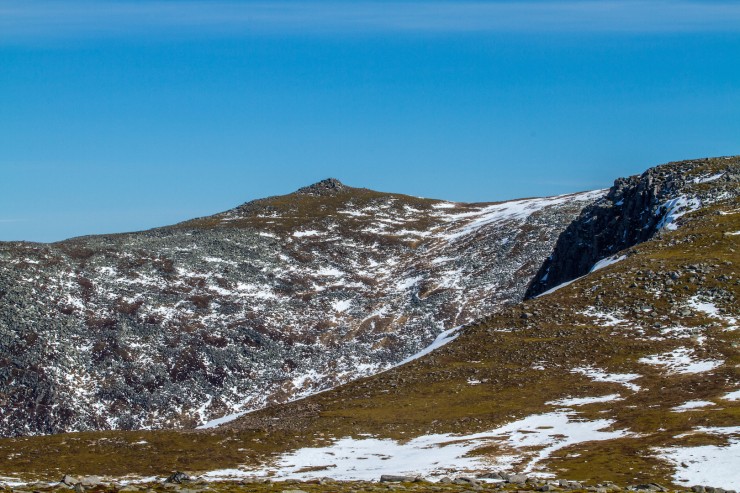 The Stuic, right and the summit of Lochnagar, Carn cac Beag. These West aspects have little snow now. 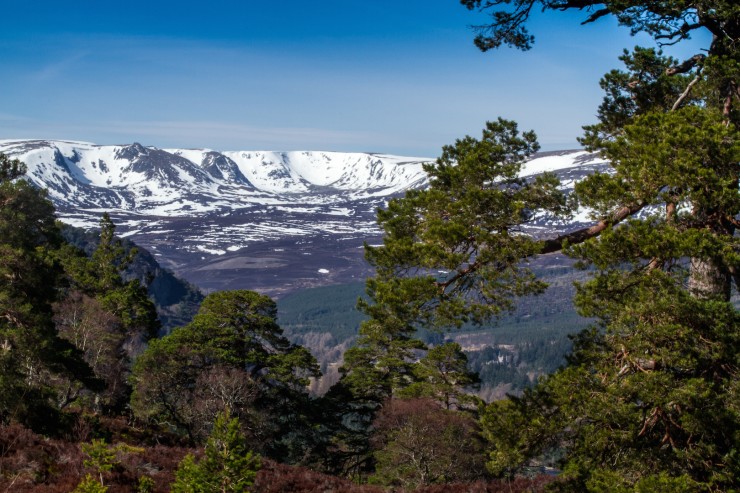 Beinn a Bhuird through the trees.