Having left Braemar in the sunshine, I headed south and under the cloud. By 850 metres I was into the cloud cover with flat light and limited visibility. There are isolated pockets of shallow soft snow around but the majority of the snowpack is firm and well bonded. The photograph below depicts typical plateau conditions with mixed cover – some large snow patches, areas of ice and also vegetation. The North and East facing corries are holding onto much deeper and more extensive areas of firm snow. 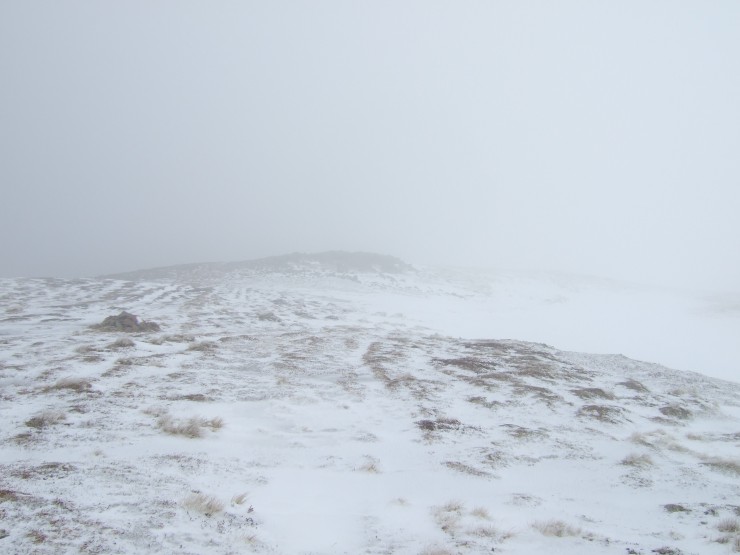