It felt wintry today with plenty of snow showers and strong winds. Lots of drifting and re-distribution going on. Given the forecast things aren’t going to improve tomorrow! 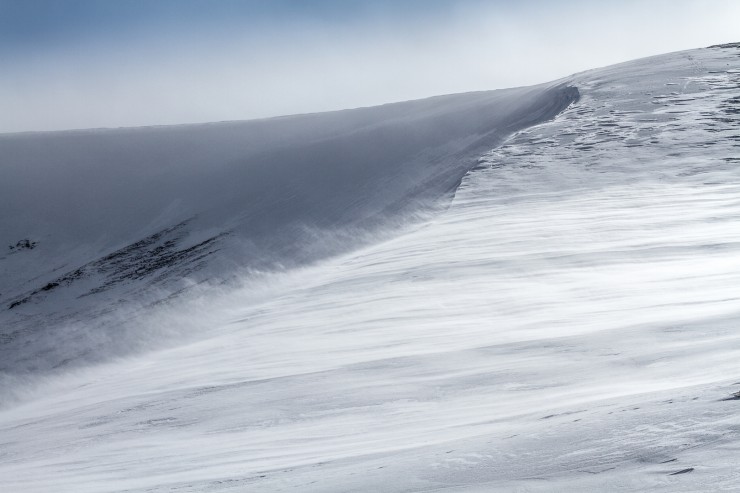 Much stronger winds today with a lot of drifting. 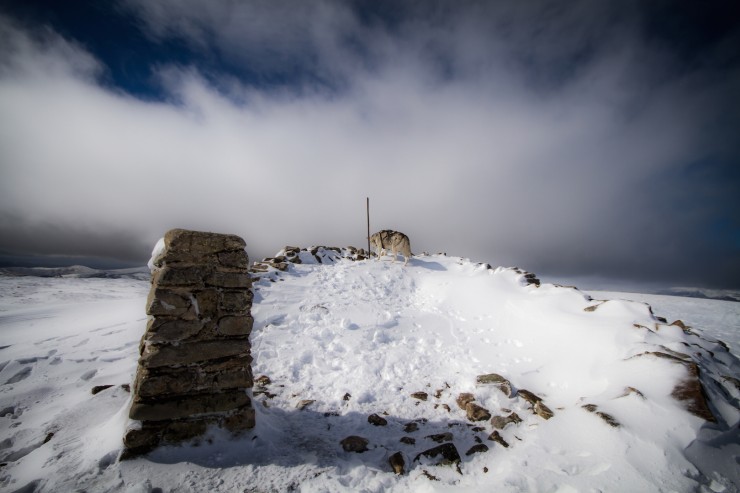 Summit of Glas Maol in between showers. 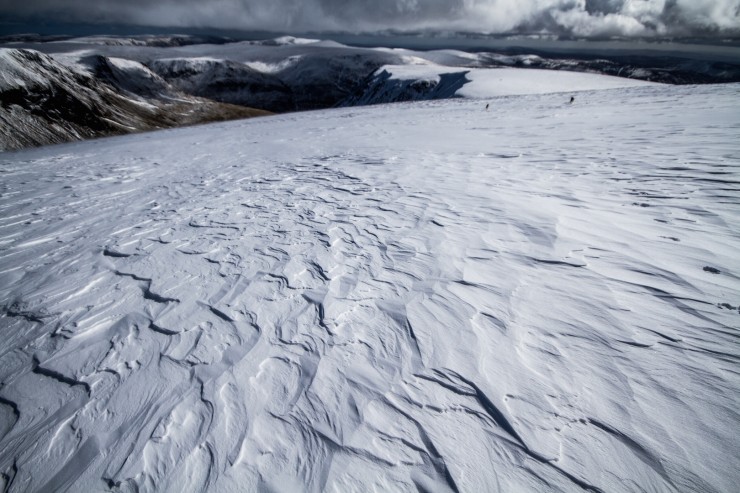 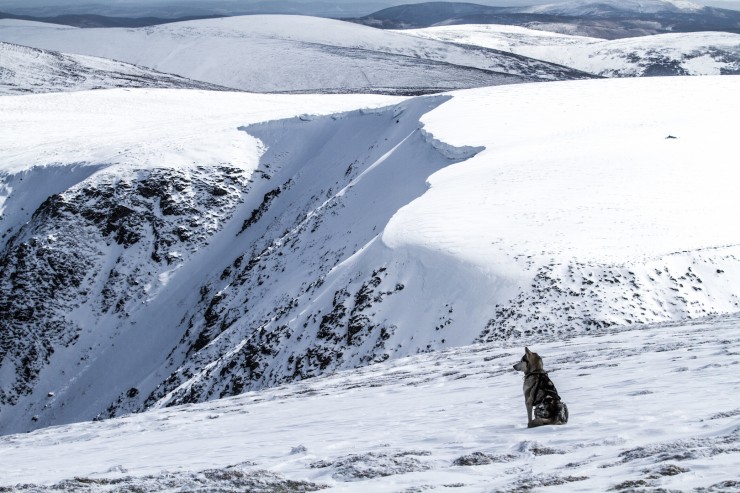 Cornices are starting to reform at higher levels. 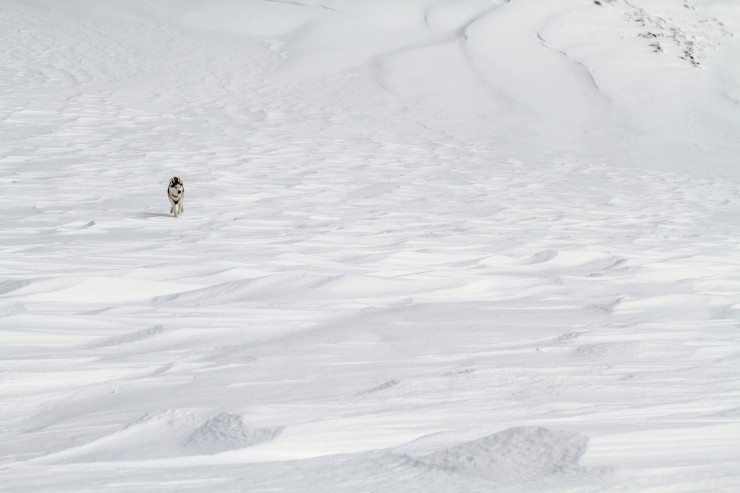 Plenty of sastrugi around. 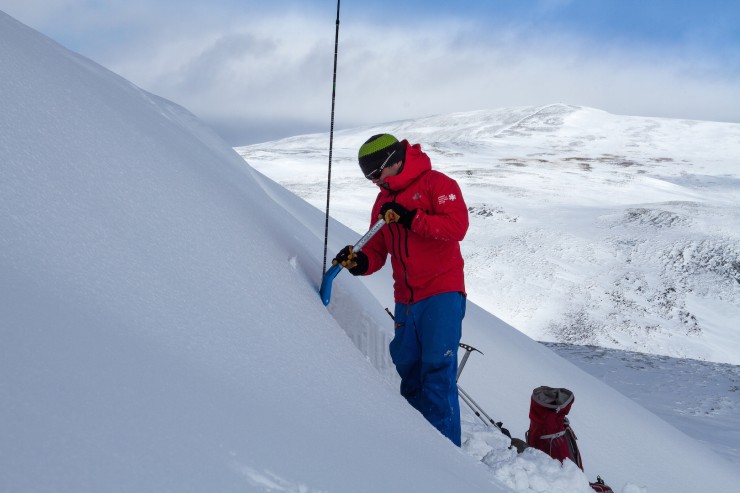 The pit site was on the East face of Glas Maol.