Snow showers were due to ease, they did so by 9am leaving a very windy day but with a bit of sun and blue sky, bonus! Some significant redistribution and drifting going on. There is quite a lot ofÂ snow around in places, careful route choice would be advisable. 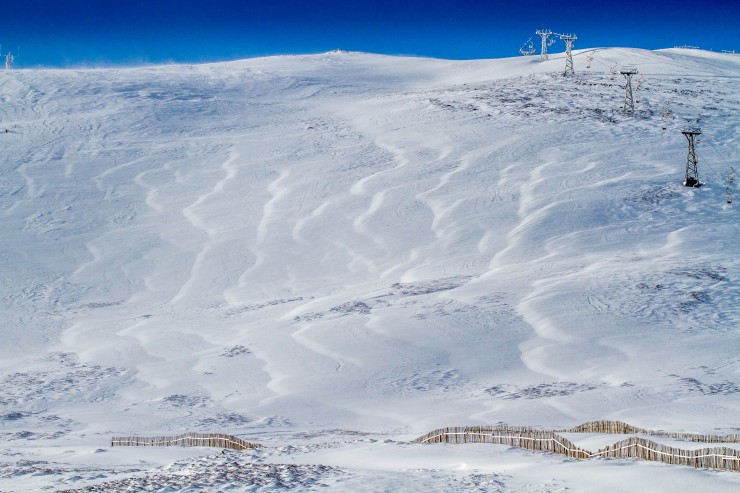 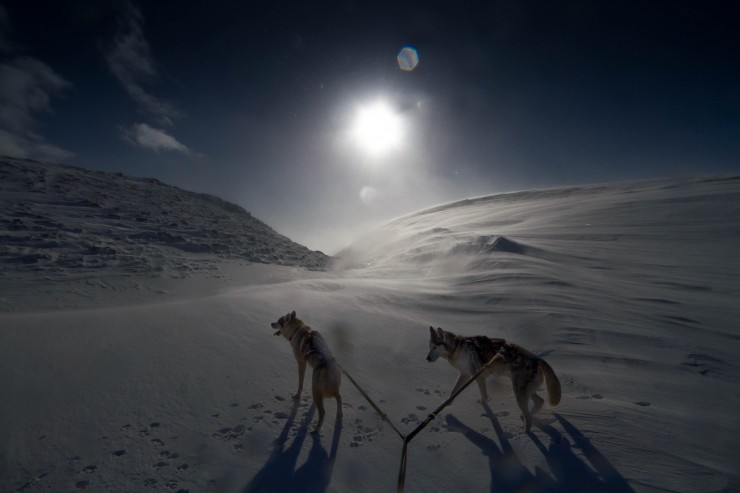 Typical just now, ahead of the dogs, one side deep unstable snow, the other is snow free. 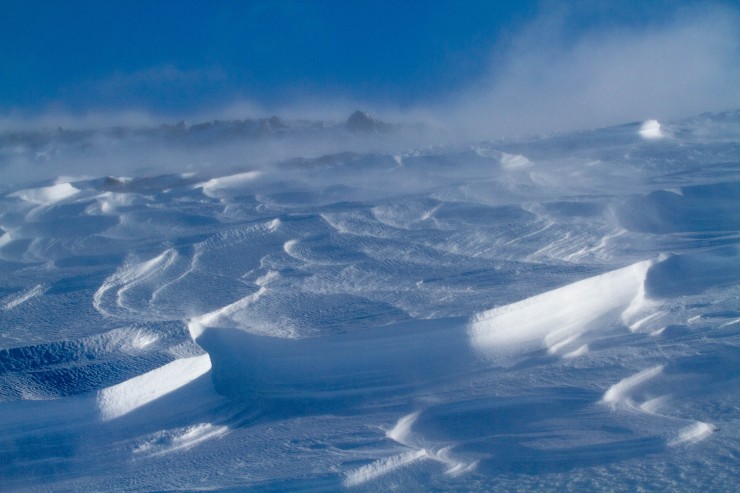 This is snow from 2 days ago. Now on a slope exposed to the changing winds, it is now being eroded. 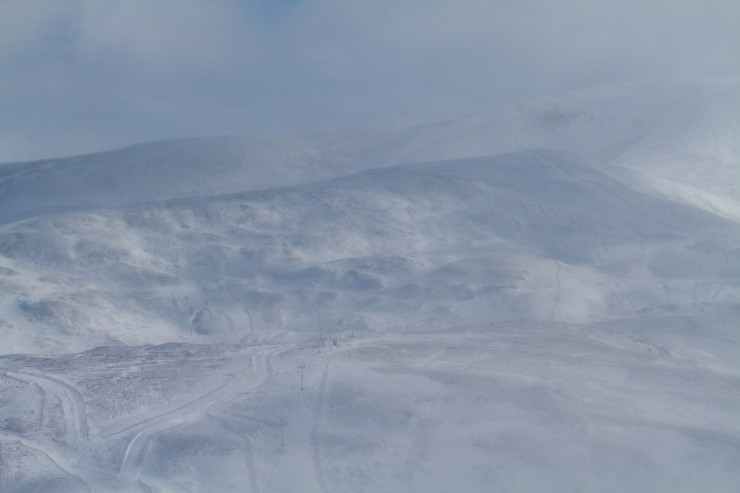 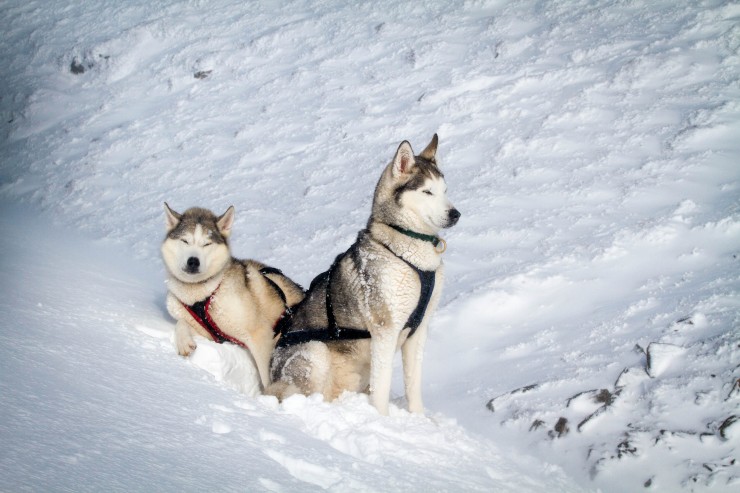 The dogs enjoying the winter sun.