Headed up to Glas Tulaichean today on ski. we are gradually losing the thinner snow cover and it’s looking a bit more patchy now. Still good climbing, ski-touring and walking options though. 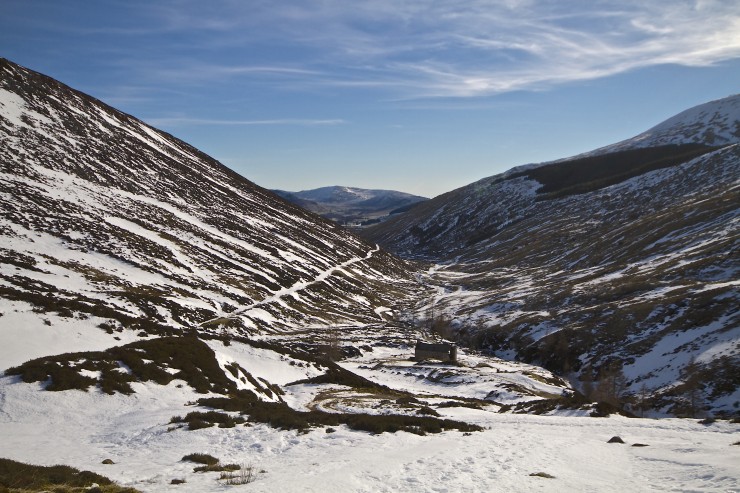 Glenlochsie Lodge. The line of the old railway made a reasonable approach. 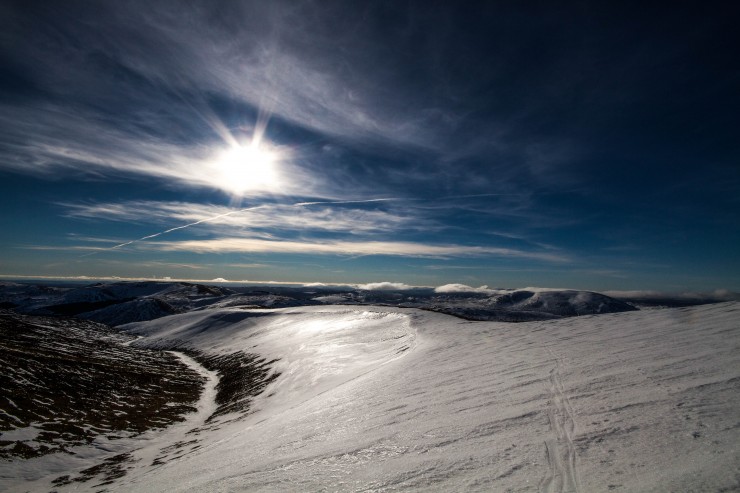 The sides of ridges still provide a good ski. 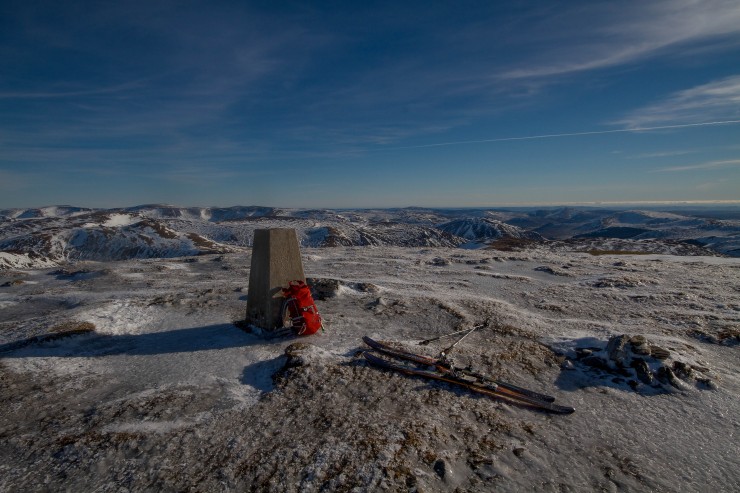 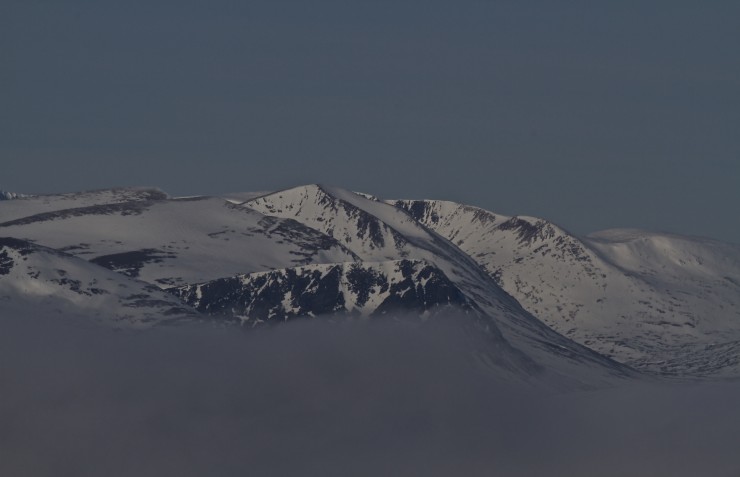 We were largely cloud free but some was pushing into the end of the Larig Ghru. 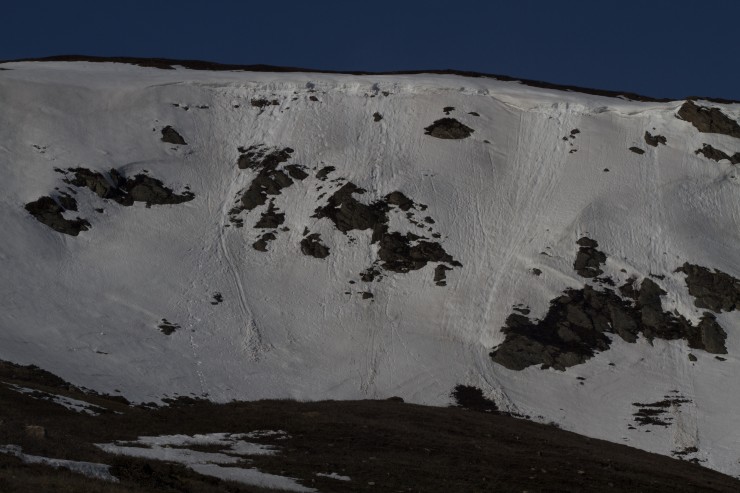 On some Southerly aspects at lower altitudes the sun was starting to affect steep terrain.