Another cold and calm day – minus 6 at profile site. The snow is very cold and dry and still displaying instabilities. Distribution is limited but the photo of the East Face of Glas Maol clearly demonstrates the potential on lee slopes. Note the cornice debris (mostly likely collapsed during the persistent showers on the 24th) on the far left Â of the photo. Exposed locations, windward (W aspects) and lower elevations (below 700m) have very limited snow cover. 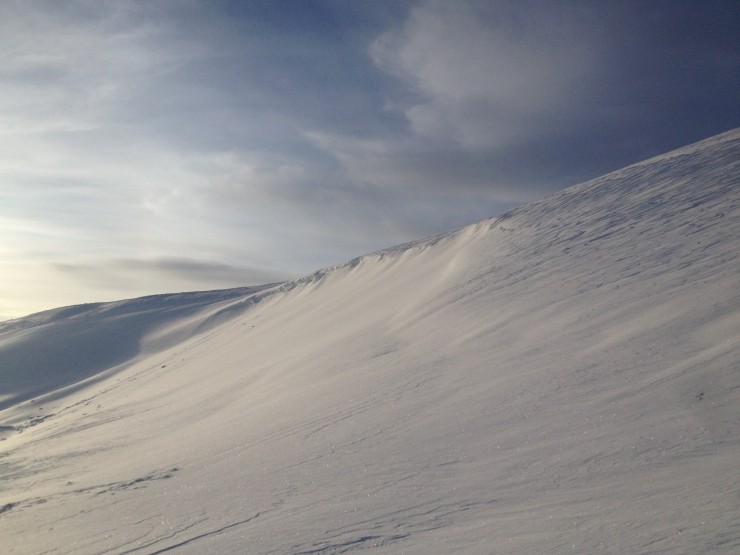 East Face of Glas Maol, cornice debris on the left of the shot 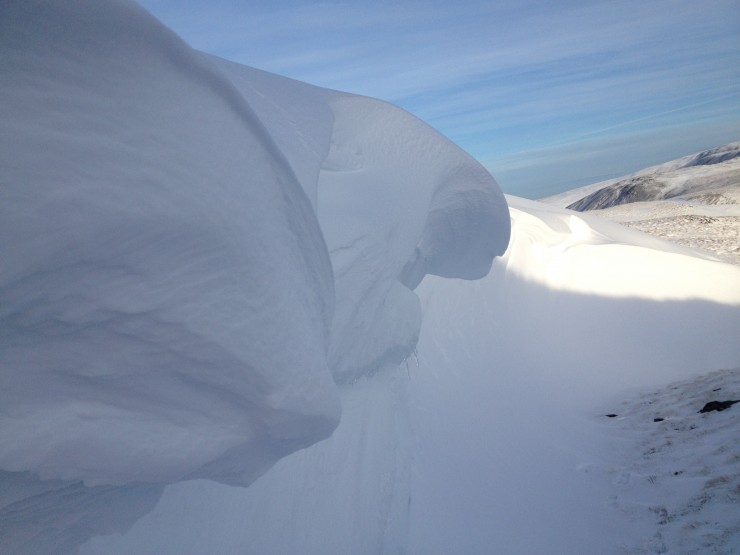 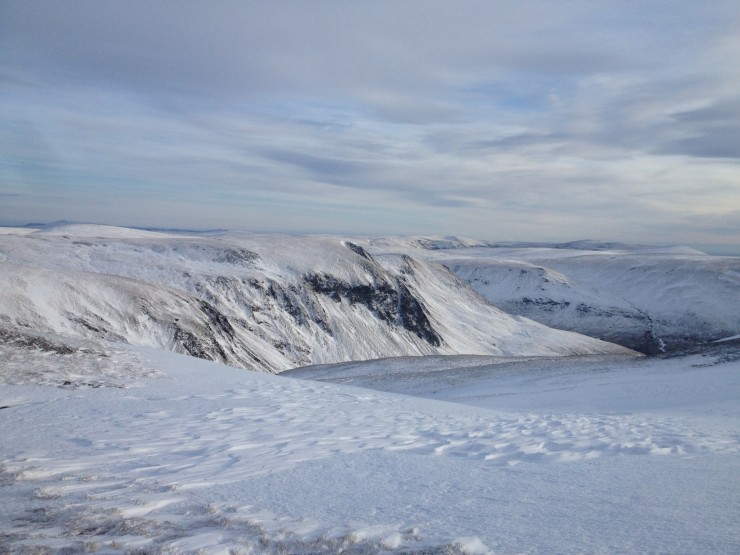