A sociable gearing up point.

Not often you’ll see a bottle of champers at the gearing up point! Who could it be? 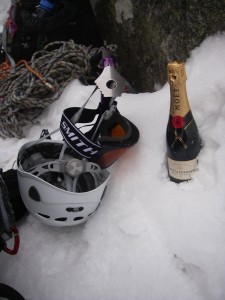 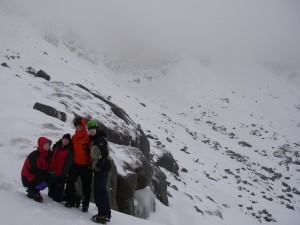 Students of course!!! Well one of the girls had turned 21, good memorable day. Durham Uni keenly getting out. These guys were off to play on the ice on the lower rocks. They didn’t fancy trying their luck with the winds up top. In fact the winds eased later in the afternoon.

I think I should mention – one of the Durham guys picked up a walker with a broken leg while driving to their hut, then drove him to Aberdeen A+E. Top effort and well done whoever you are! 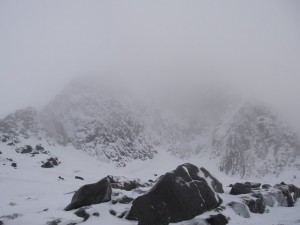 Lochnagar is shaping up well. It’s becoming very icy and will improve in the cold weather. Walk-in’s to all the crags in the area will improve. Bikes can be used in the valleys as the thaw got rid of the ice on tracks and with the snow re-freezing, walking should be quick. 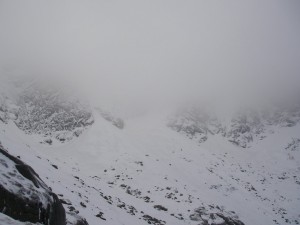 There were a couple of teams on CB today, I didn’t see any other climbers on the crag. There were a few retreating down the path, mostly combination of winds and ice. Did see someone had been running up the track, don’t think he made it to col but great effort!