It was another cold and windy day with light snowfall and persistent drifting of deposits. Visibility was poor at altitude but it was fairly clear that the winds have stripped most slopes, only leaving drifts in the most sheltered locations. In these places, stability was poor. It was fairly quiet on the hills – just a couple of keen ski mountaineers spotted, out burning off the Christmas Calories. It was a different story back down at the ski area with lots of families braving the wind and snow, trying out the new sledges and having a go at skiing… 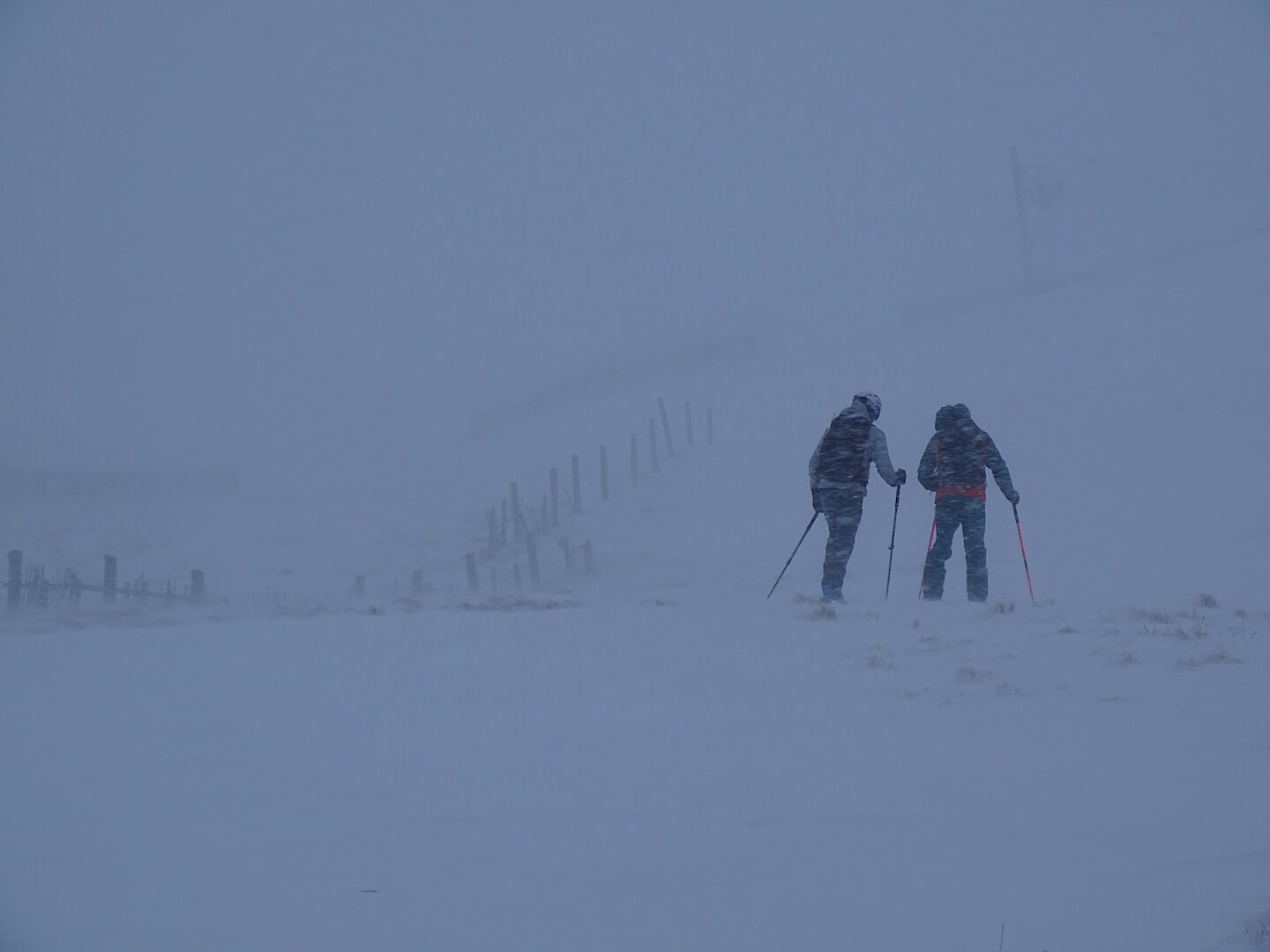 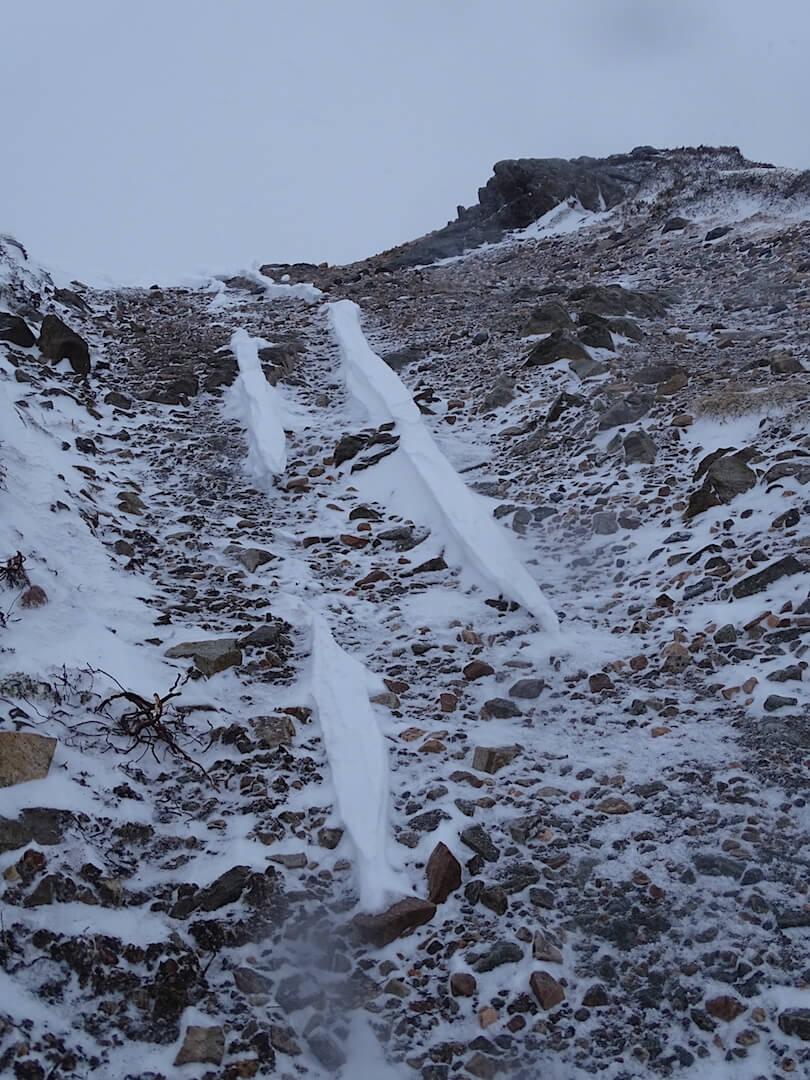 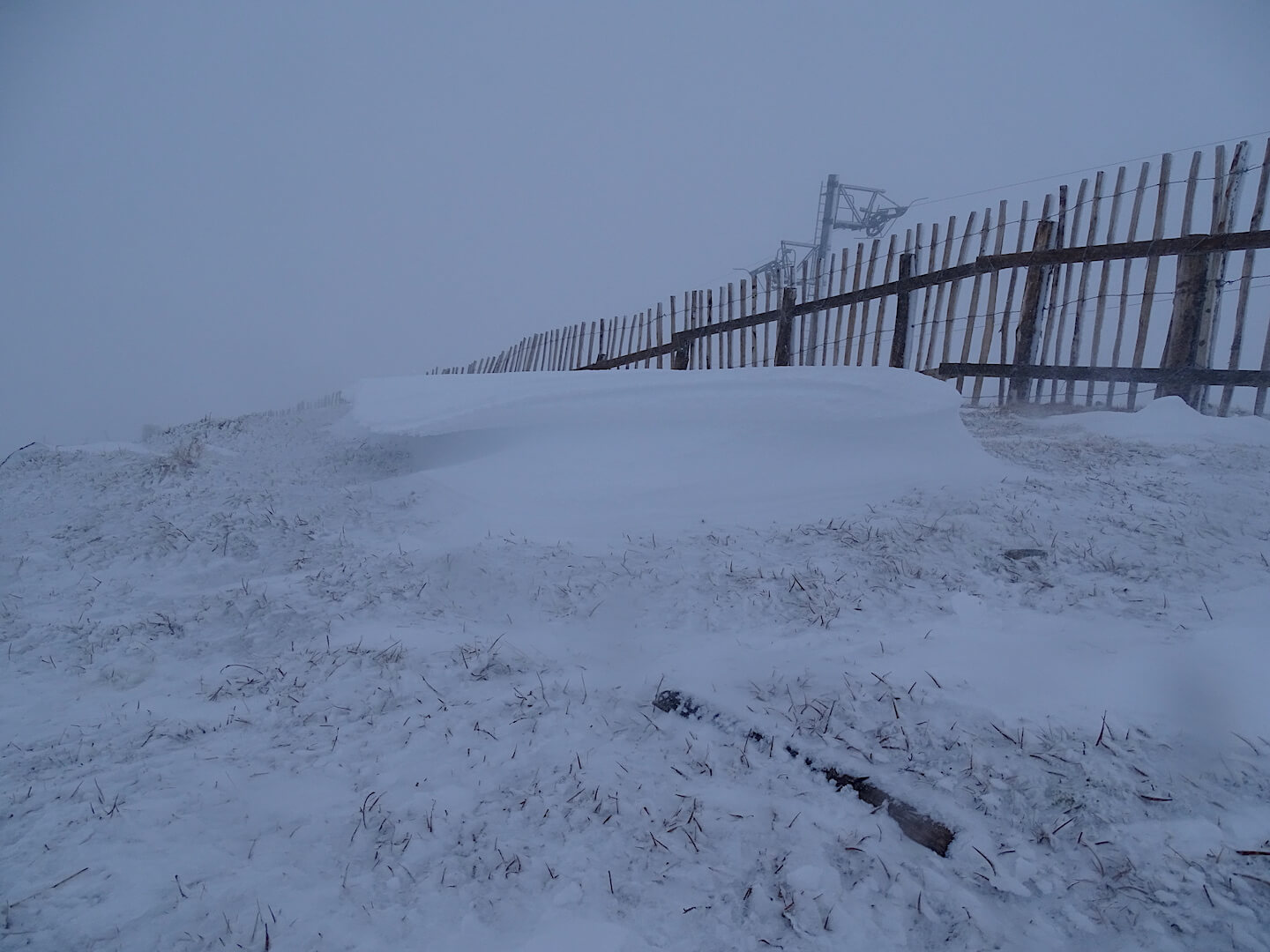